Step 1: after sunset, wait in the alley at the back of Loredo's residence 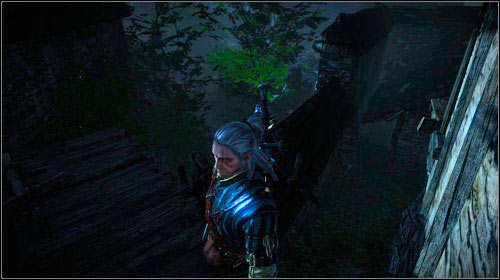 If you chose to support Roche, you will have to wait until night-time (at least 8PM) to be able to climb up the ladder at the back of the residence (M7, 32).

Step 2: Stun or slip by the merchant 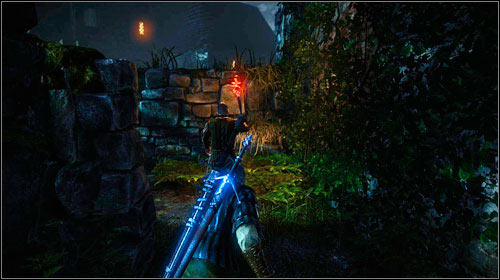 On the other side you will see a merchant chasing a prostitute. You can either try to slip by or just stun him - the second option is by far the safer one. Jump down (you will go into stealth mode), wait for the merchant to be in front of you and knock him down. 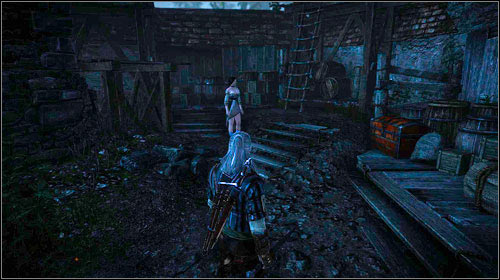 Helena (M7, 33) - the second prostitute - can be found in the storage house. To get there, you will have to avoid the guards, go left and jump onto the wall. However If you did kill all of them, you will find a key to the storage house beside one of them. The woman will tell you that Triss is being held at the top of the residence. 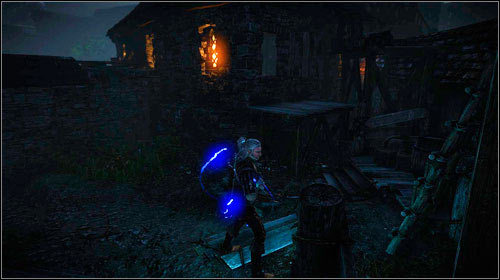 If you killed everyone, you can use the door to get inside the residence. If you managed to sneak by, use the window opposite to the storage house. 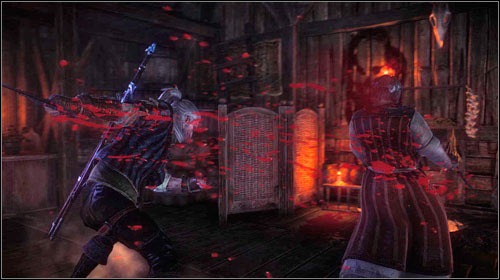 Inside you will find one guard - wait for him to turn around and stun him. Go down into the basement to find Loredo's mother, Marietta. Ask her for the key and she will start looking for it. In the end however, she will attack you - a QTE (Quick Time Event) will start - and if you don't press the left mouse button fast enough, you will die. Search the woman's body to find the key. 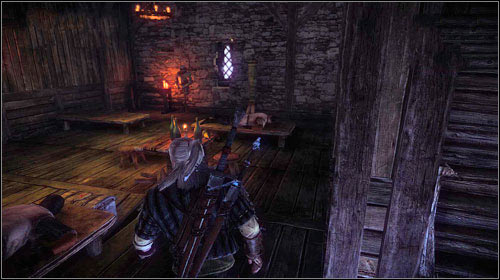 Go to the upper floors. Look out on the first - there are a couple of thugs inside Loredo's office. Try to slip by unnoticed. On the next floor you will come across sleeping guards. Unfortunately the door to the top floor will be locked. Return to the sleeping guards - you have to get to the second room, inside of which you will find Loredo's room key. To avoid waking them up, don't go beside the table with bottles and instead go round the beds on the right and through the middle afterwards. 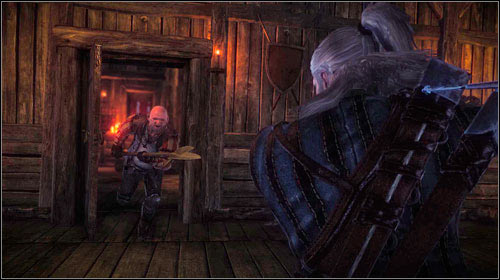 Once you enter the last floor, you will note a tied Ves, who will warn you about the trap. Soon afterwards Loredo will run out of the second room with a halberd - another QTE, you have to quickly dodge the attack. 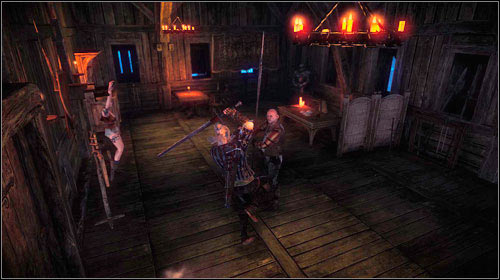 The fight will begin. It won't be easy, as the room is small and there aren't many opportunities for dodges. Loredo has a halberd, which has a big reach. Try to attack him from behind, for that use Yrden to stun him. Of course you shouldn't forget about Quen and blocking.

Step 8: Check the next room 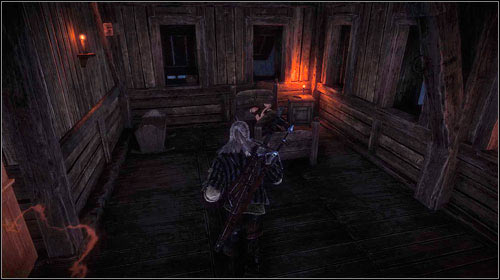 Untie Ves (right mouse button) and go into the next room. You will find a pregnant woman - Moril - there. You will find that she has been impregnated by Loredo 9 month ago and locked in this room even since.

Go down towards the exit together with Ves and Moril. Unfortunately at some point the woman will start giving birth and the plans will change.

Step 10: Defeat the soldiers on the courtyard 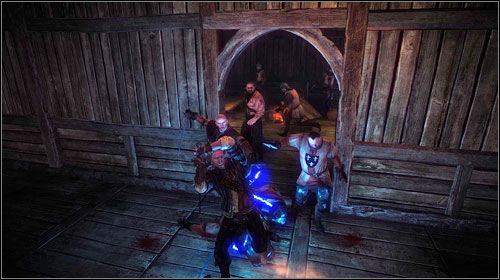 Before you can leave the residence, you will have to face a rather big group of guards. Fighting them on the stairs isn't a very good idea, but it will limit the chance of getting attacked from behind. You can also return to the previous room and fight there. 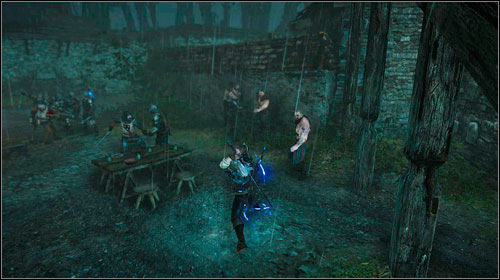 After going outside you will note Roche's forces fighting with Loredo's guards. Go down to the courtyard and help your companions. Look out for the two bruisers with no armour - they will focus on you, so take care of them first. Use Aard to stun enemies and you should be able to deal strong blows. After you clear the courtyard, Roche will come and mention his meeting with Iorweth. 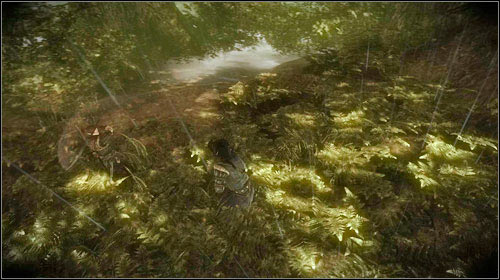 Roche will mention the fight with Iorweth. You will be only able to carry out attacks, without dodging. The result of the battle doesn't matter, it will only be mentioned by Roche during your conversation. After you return to the present, Ves will appear with Moril's newborn child. Unfortunately the woman will commit suicide a few moments later. You will sale off to Aedirn together with Roche.