Received from: Automatically after fighting Letho in The Assassins of Kings.

Depending on the choice you made during the conversation with Letho, you have two options:

Step 1, Option A: Go to the tavern - slaughter 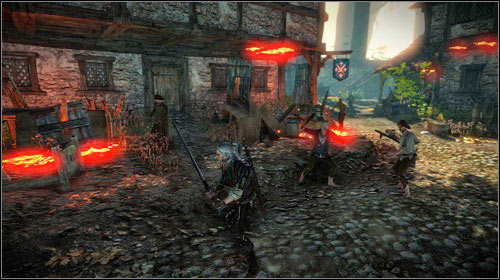 If you helped Iorweth, you will have to return to the city on your own. Once you cross the gate, you will find yourself in the middle of a massacre.

Before you head to the tavern (M7, 3), you will have to face the civilians or use Axii hex to make them return to their homes. 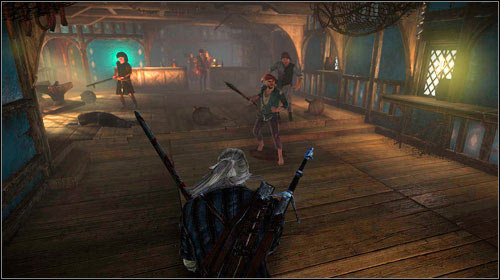 Inside the tavern you will meet Dandelion, who will be protecting the elves from the locals, who are accusing the elves of the situation in the city. You can either fight them or use Axii hex or intimidation to get rid of them. Talk with Dandelion and go search for Triss together - it's worth to look into Sheala's room above the tavern (door on the left). after getting out of the tavern you may help the intimidated dwarves by one of the gates - you can deal with the civilians just like with those in the tavern. Skip to Step 2. 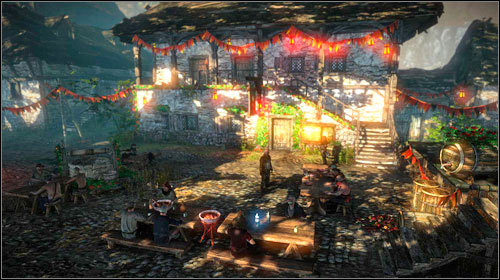 If you helped Roche, you will meet him after fighting Letho. Follow him to Flotsam - once you cross the gate, you will see a feast in honour of Iorweth's capture. You can drink a glass (the screen will be blurred for some time and Geralt will wobble a bit) or reuse and head straight to the tavern. Inside, talk with Dandelion regarding Triss (once again you can drink or refuse to do so). You will learn that she went to Sheala's room. Skip to Step 2.

Step 2: Go to Sheala's room in the tavern 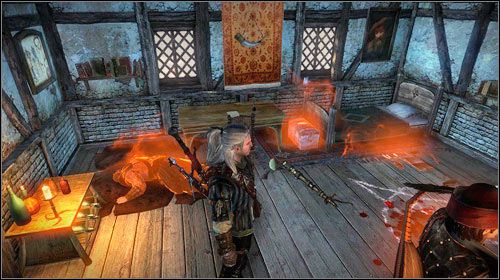 Go out of the tavern and up the stairs to its upper part - the door on the left lead into Sheala's room. Go inside to find a rather messy scene, including a dead bodyguard. You have to take a look at three things:

Dandelion won't hesitate to comment on Triss' heroic stunt, as she broke the bodyguard's neck and then hurt herself.

Step 3: Go to the brothel above the tavern 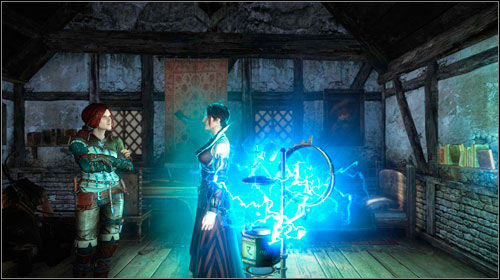 Through the hole in the wall you will see a prostitute in the neighbouring room. It's worth to ask her if she didn't see anything. Go out of Sheala's room and go inside the next door. Depending on whether you helped Iorweth or Roche, the situation in the brothel might be a bit different.

You will also learn that everything settled down, Cedric has been seen on his way to the woods - bleeding.

Step 4: Find Cedric by following the blood trails. Use Cat 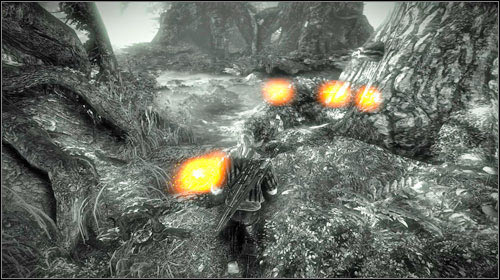 If you had helped Iorweth during The Assassins of Kings and saw a massacre in town, you will note blood trails going both towards the woods as well as inside the city. Of course follow those leading to the woods. They will lead you to a dying Cedric (M8, 22), nearby the waterfall. With his last breath, he will tell you that Triss asked him for help and he killed the bodyguard, but then the witcher came and the elf was no match for his speed. Triss had no other choice and she teleported together with the kingslayer to Aedirn.

Zoltan and Dandelion will show up - they will encourage you to overthrow Loredo, which will however require you to opt for one of the sides of the conflict.