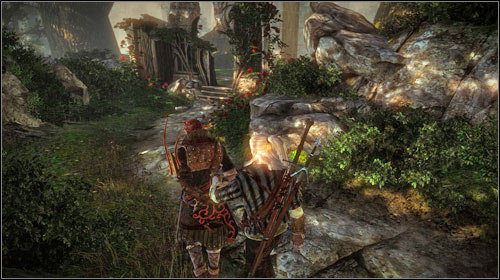 Preparing for the fight:

As a part of the preparations, it's worth to divide the talent points - if you haven't been doing it.

As for potions, you can drink the Swallow - you should have it, it increases the health regeneration rate. You can also consider Gadwall, which has the same effect but lower vigor and damage. If you have a good enough weapon, you can drink it - you can find the recipe at Vilmos Bartok (M7, 13). Drink it only before reaching the last rock ledge in elven ruins (M8, 18), right before meeting with Iorweth. 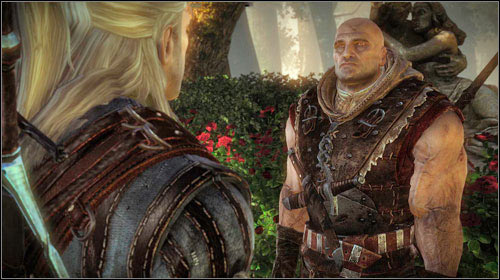 Once you start talking with Letho, irrespectively of how you act, you will end up falling down into an elven bathhouse (unfortunately there won't be any time to take a bath with the kingslayer). You will have to choose: 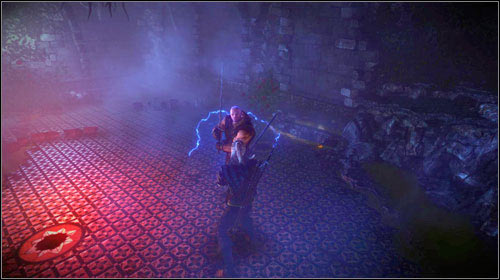 The fight with Letho is very demanding on the higher difficulty setting. Above all it's very important that you're fighting with a witcher. Letho can use all the tricks that you can, with some in a more powerful version. Try to keep an active Quen at all time. If your enemy has it as well, be very careful with attacking - when only you attack, quickly block the enemy's. Letho won't stand still and will be also using Igni, Aard and even grenades. You will have to dodge very often. Trying to perform a series of attacks might end badly - dodge, attack, dodge is a very good tactic. Yrden doesn't always work how it's supposed to - the enemy might not get stunned often. The fight will end once you deprive Letho of around half of his health. 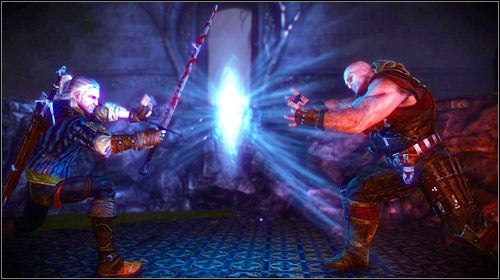 At some point a cutscene will start. Geralt will knock the weapon from Letho's hand, but will unfortunately lose the Aard fight. Having the past in mind, the kingslayer will spare the witcher's life.

You will unlock Where is Triss Merigold?