Step 5: Defeat Kayran in its lair 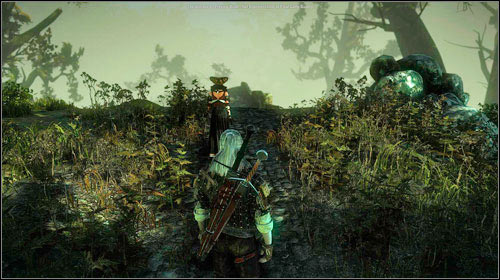 You will be transported right to the monster's lair (M8, 11), Sheala will draw out the monster and you will have to defeat it. Just like before with Triss, go down the rock ledges to the lower lever. 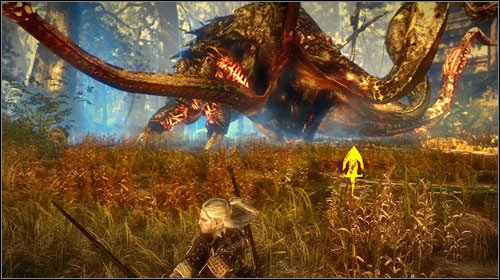 When only the fight begins, run to the right or left - above all don't stand in front of the monster, as he spits toxins and attacks with the two middle tentacles. Try to keep maximally to the edge.

You will note two trap spots on the ground, marked with yellow light. Look out for the monster's tentacle, you only have a few second between the attacks to set the trap. Once you set the trap, quickly run to the other side - while still remembering to stick to the edge. 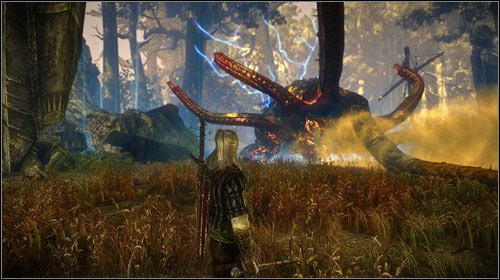 The monster will get mad, start throwing tentacles in all sides and spit toxins. If you won't dodge them, you will have to quickly free yourself by quickly pressing the right mouse button. The Kayran will end the mad attack once it destroys the bridge. 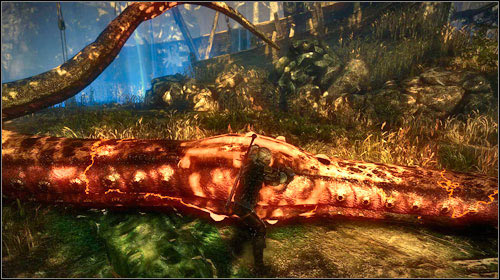 Choose Yrden and set it right below the monster's tentacles (the outer, not middle ones). Wait for the Kayran to swing for an attack and dodge in the last moment (with the tentacle in the air). with the tentacle stunned, you can easily cut it off - just hit it a few times with the silver sword. Do the same with the other tentacles. 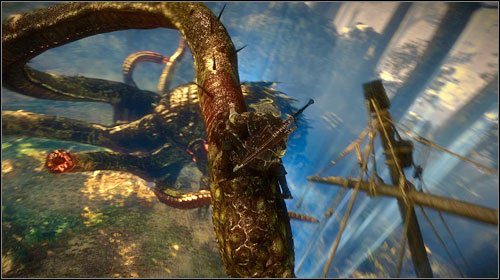 Once you cut off three tentacles, a QTE (Quick Time Event) will start. You have to jump on one of the Kayran's tentacles (right mouse button) once it's close and then thrust it a few times with your sword (quickly press left mouse button), jumping down in the end (space). If you made a mistake at any point or didn't press a button quickly enough, you will have to repeat the whole sequence from the beginning. If you succeed, a bridge will fall down on the Kayran. 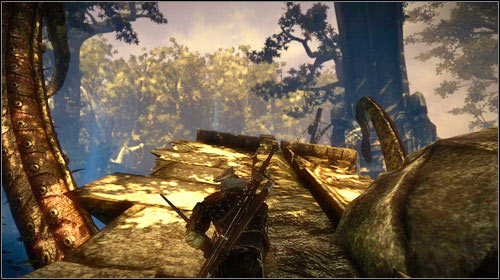 The fight is nearing its end. You have to run along the fallen bridge onto the Kayran's head. Look out however: while you're far away, the monster will be throwing rocks at you (you can use part of the bridge as a temporary cover and when the rock is flying at you, run onto the bridge). Once you're on the bridge, you will be attacked only by the tentacles. Remember to have your sword drawn out, as it will let you dodge. Once you reach the top, Geralt will blow up the Kayran with a grenade. 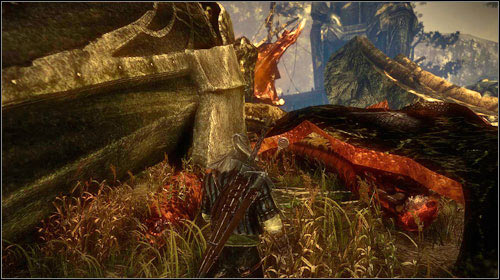 Sheala will show up to congratulate you. She will remind you to collect the prize for defeating the monster - the end of The Kayran: A Matter Of Price.