Received from: Automatically after the first talk with Dandelion and Zoltan after saving them in By the Gods - Stringing Up Sods.

Step 1: Investigate what happened at the pier / Ask about the river monster at the tavern 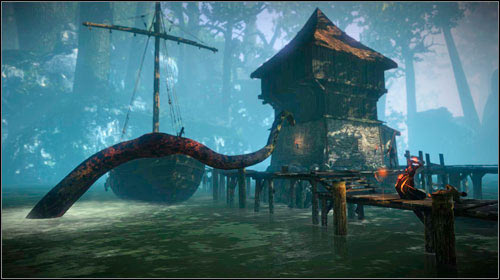 Once you end the conversation with your companions at the tavern, a man will rush in and tell about the monster's attack. Triss will note that someone's casting spells and it's worth to take a closer look at it. Go out through the back door leading to the harbour and a cutscene will start. You will note that a certain woman (if you completed Indecent Proposal, you will recognize Sheala) is chasing the monster away with magic. Don't waste any time and run there (M7, 9). 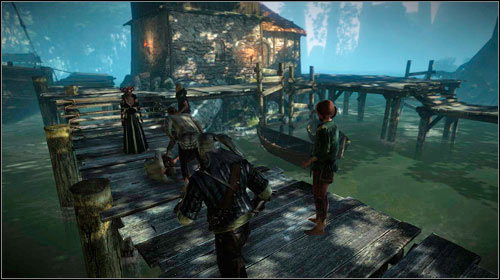 Approach the group of people and join the conversation (or wait for them to notice you). One of the citizens will complain that the woman didn't help his friend who was nearly taken by the monster. You can get rid of him in a polite way - ask him why he's not helping himself. You can also intimidate him or hex with Axii. 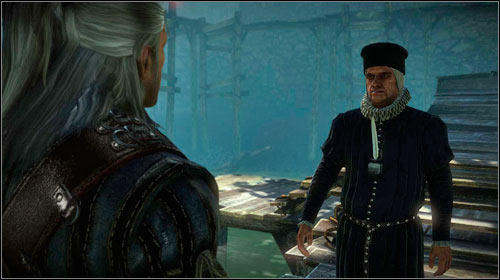 Once the citizens leave, Louis Marse will come and propose you kill the monster. All the financial matters regarding your prize must be settled with the merchants at the pier.

You will unlock The Kayran: A Matter Of Price.

Triss will come and introduce you to Sheala. After the introduction, you will learn that one of the elves - Cedric - might have some useful information on the Kayran. 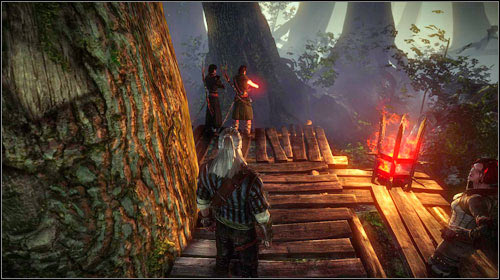 Right after going through the city gate you will bump into Triss, who will try to dissuade you from fighting the Kayran. Irrespectively of how you proceed with the conversation, nothing will change. Cedric can be most likely found on the watchtower (M7, 7). Ask him if he's able to help you in your fight against the Kayran. You won't learn too much, so it's worth to head to its lair on your own and search for anything that might help. Cedric will point the location. Triss will use the teleport and meet you there.

Step 3: Find a sample of the Kayran's venom at its nest 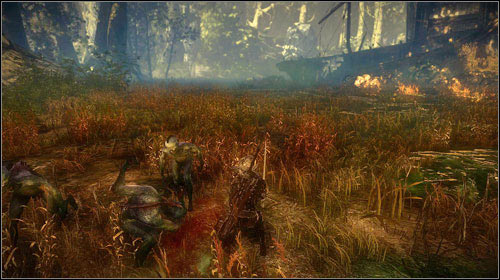 Go east and take the path going up to the left. on your way you will come across two groups of thugs They shouldn't cause you any problems. You can help yourself with the Axii sign to take over one of them. Eventually you will reach Triss (M8, 11). Follow her down the rock ledges. Once you reach the very bottom, you will note footsteps. In a moment you will be attacked by a bunch of Drowners. They are large in numbers, so try to dodge frequently and don't attack them in a group. Yrden won't be as useful here as for example Quen or Axii and Igni. You also have a rather big chance of stunning the monsters with Aard. 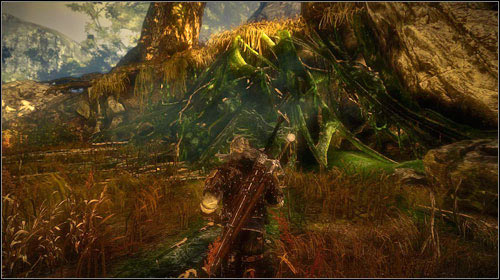 Once you finish them off, head right to the monster's nest (M8, 12). It's quite impossible to miss, as it's surrounded by a green substance. Once you get near, Triss will use an identification spell and initially tell you what you're dealing with. You will learn that Kayran is sick and dying and at the same time highly toxic. She will suggest ostmurk, which will aid you in battle and save from the overwhelming toxin. You can ask Triss for more details, but it's not necessary. You will receive Formula: Mongoose 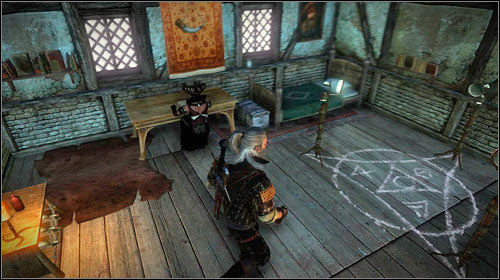 You can choose two paths:

Sheala is in her room above the tavern (M7, 3) - door on the left. talk with her when you're ready for the fight.