Received from: automatically after completing A Rough Landing.

Step 1: Go watch the execution on the square 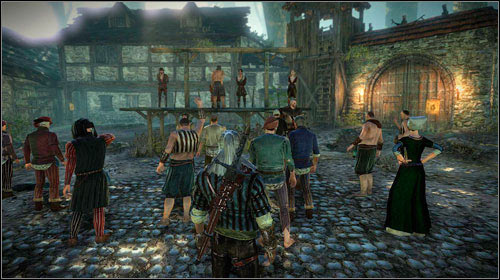 Once you reach the city, you will be accosted by the guard. Apart from giving you information on the tavern, he will also tell you about the execution on the square (M7, 1). You will get there sooner or later. There you will see a large crowd of people and a cutscene will eventually start. Geralt will notice two of his friends - Zoltan and Dandelion, with one of them being Roche's informant.

Step 2: Find a way to free Zoltan and Dandelion 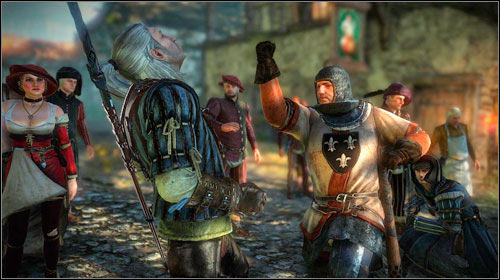 Approach one of the guards.

The mission can be played in two ways from here - you can either start fighting right away, or try to intimidate the guard. Unfortunately everything will end up with a fight either way (with one or two guards). Eventually you will have to fist-fight with the executioner, similarly with QTEs. 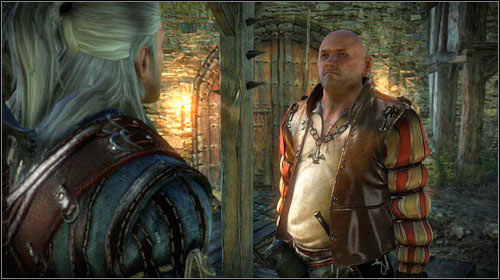 Eventually Loredo will show up.

Irrespectively of the dialogue options you choose, the commander will eventually decide to let your friends go. Additionally you will be invited to Loredo's residence (M7, 2) by night-time - the guard by the gate (M7, 4) will let you in only after 9PM.

You will unlock Indecent Proposal.

Step 3: Talk with your friends at the tavern 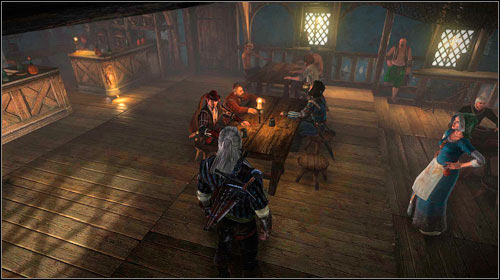 To finish this mission, you have to go to the tavern (M7, 3) and talk with Zoltan and Dandelion. You will also find Triss there. After the conversation, a man will rush into the tavern and tell about a monster attack in the harbour.

You will unlock The Kayran.