Received from: Automatically after seeing the woman being murdered (M3, 1)

Step 1: Enter the house and stop the soldiers 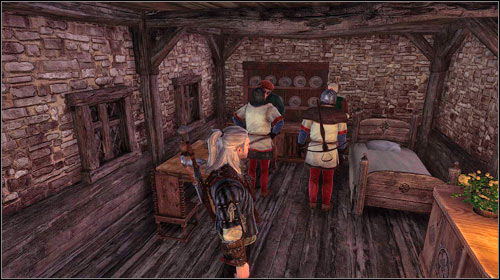 While going through the city, you will be a witness to the cruelty of Foltest's soldiers towards the innocent citizens. If you want to look deeper into the matter, enter the house from which the woman ran out of. Talk with the soldier inside. You will be able to command them to stop (you can also go out of the house and let them slay the citizens). You can use Axii hex, intimidation or persuasion. If you succeed the soldiers will leave and if you don't, they will slay the innocent. If you manage to save the men's life, you can ask for a reward or just walk away.

Step 2: Talk with the soldiers' leader 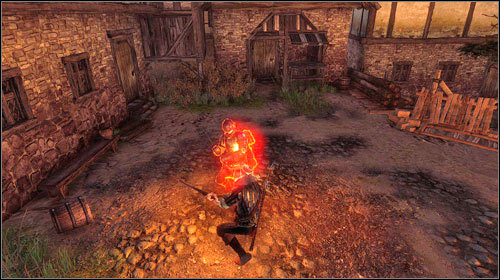 A bit further you will come across some more soldiers and the Commander (M3, 2). If you want to force him to free the citizens, you will have to fight him (or you can just walk away if you won't care). The fight won't really hard, as you will be only fighting a single enemy and will have to drain around half of his health bar. Be sure to use Yrden most of all, thanks to which you will stun the opponent and will be able to easily attack him. Once the commander kneels down, he will let the civilians go and leave. 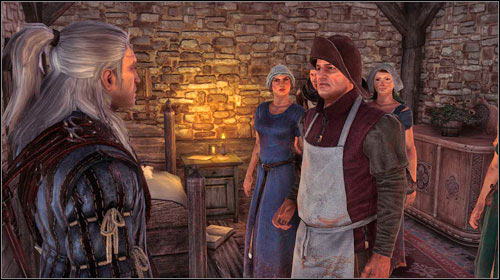 Once the soldiers leave and unblock the door of the house (M3, 3) inside which the civilians were imprisoned, open it and tell them that they're free. You can intimidate them into giving you a prize or just leave.