Received from: Automatically after completing all the missions telling the story of the siege. 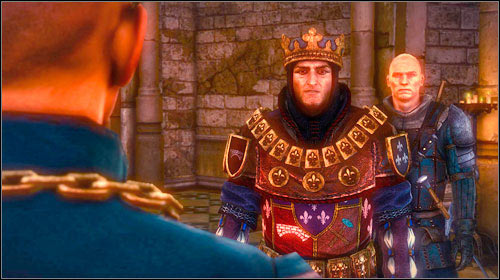 The mission begins with a cutscene during which Foltest will ask about his children. Once you step in, you will be able to hex with Axii to get the information needed. When Arthur accuses you of using sorcery, you can either tell him to shut up or intimidate and hit him. Whichever option you choose, you will have to head with the king and Roche to the children.

Step 2: Defeat the dragon and reach the children in the solar 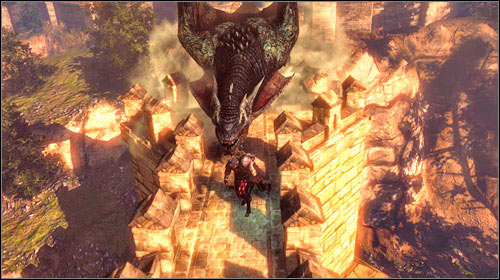 As you go along the wall, a cutscene will start during which a dragon will appear.

Notice! Depending on the difficulty level and whether or not you have the hard QTEs (Quick Time Event) turned on, you can come across an easier or harder combination: 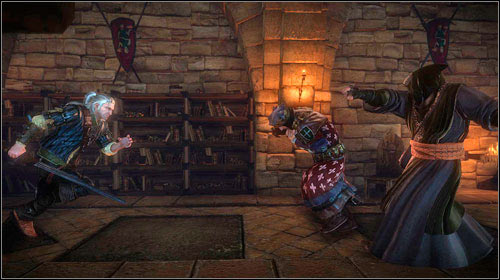 After saving the life of the king and your own, go up the stairs to the top of the hermitage for another cutscene. The blind monk guarding the children will turn out to be an assassin and will slit Foltest's throat. Unfortunately Geralt won't be able to react in time and when the guards come, he will be accused of the murder. The action will return to the castle.