Received from: Automatically after choosing "That morning, the king summoned me." dialogue option during The Dungeons of the La Valettes.

You will wake up with a naked Triss beside you. Unfortunately when only Geralt starts the fun, a guard will come and summon you on behalf of King Foltest. Before moving out you will be able to talk with Triss about the stupidity of wars. She will also mention the dream, that is the Returning Memories side quest, which won't activate in the journal. 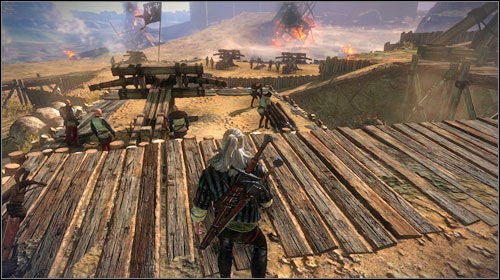 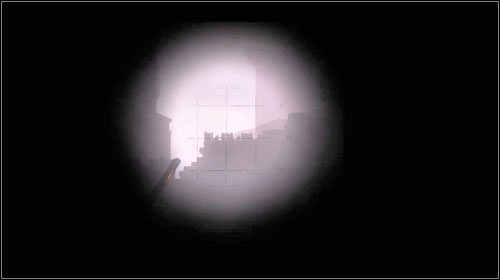 You have to aid the king in eliminating one of the traitors. You mission is to set the amount by which the ballista's altitude should be corrected (M1, 3). The proper value is 1.5 degree. The proper way of aiming with the telescope can be seen on the upper screen - the middle horizontal line (marked II) should be at the height of the character with a plume. If you won't be able to properly aim and the missile will miss its target, nothing will happen and it won't influence the story. 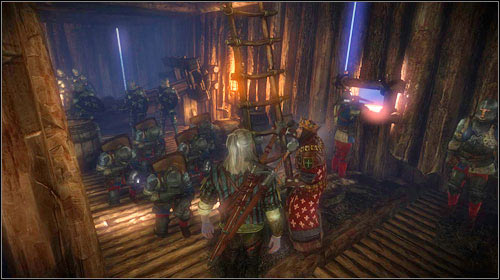 Eventually you will end up inside the siege tower - follow Foltest to its top, while going up the ladders and hearing out what the king has to say about Luisa. You can also listen to the singing soldiers. After getting to the top, right before the beginning of the attack, the game will move back to the castle.