The characters you meet in this part of the story depend on the decisions you've taken throughout the whole game. some of the options are outlined below. 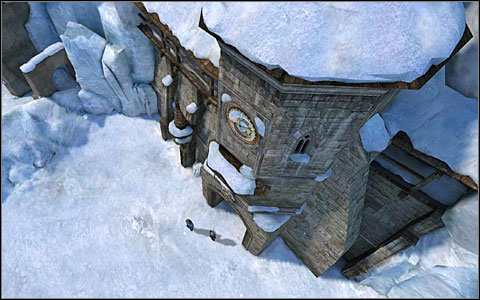 Kill the monsters and go further to meet up with Triss or Shani (M42.3). She'll explain the situation to you and offer help (Triss will attack enemies with her spells and Shani will heal you). Don't turn back at any time - the blizzard will kill you instantly.

Three Skullheads await you ahead. Abigail (M42.4) tells you that they are what remains of mankind now. She gives you 5 swallows.

Phase 4. A Conversation with the Master

Another three Skullheads to fight and another conversation with Jacob (M42.5). A wraith attacks you in the stone corridor.

Phase 5. The King of the Hunt

Toruviel or Celina (M42.7) is the next person you meet here. If you accept her choice, she'll give you a stat boost, and if you criticize - she'll join your side. Rayla join you if you tell her that death isn't necessarily the worst thing to happen. Boosts differ from one another: if can be a shield that decreases the enemys' energy (Rayla), or flaming swords (Toruviel), or the ability to suck health energy from enemies (Celina). 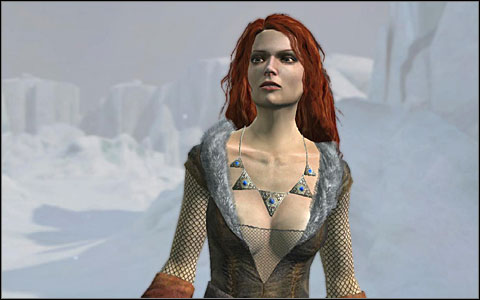 Kill 4 more Skullheads and a wraith. Grand Master will throw more mutants at you.

Defeat 4 mutants and go meet up with Siegfried (M42.9) - if you supported Squirrels - or Yaevinn, if you joined the Order. In case you were neutral, you'll have to fight both of them (now that's fair, isn't it?). 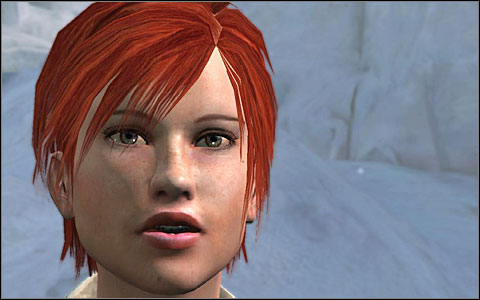 Another conversation with Jacob (M42.11).

Before the last battle, you meet Adda who offers her help as a Striga. The other case is Vincent, who joins you as a Werewolf.

Phase 13. The Heart of the Vision

At the end (M42.13), after defeating the last group of mutated knights, your allies will leave you alone. Now is your chance to meditate for the last time. 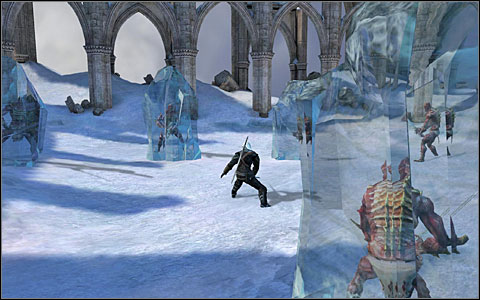 Enter the arena (M42.14) and talk to the Grand Master. At the end choose any dialogue option - Jacob will summon 5 mutants at you (steel sword, group style). When you kill them, Jacob himself will enter the battle, summoning some ifrits. Take your steel sword and use strong style. Focus your blows only on the Grand Master. At some point of the battle, King of the Wild Hunt appears. You can either give him Jacob's soul or fight him. 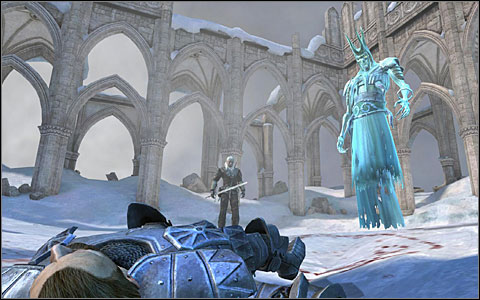 If you've chosen to reject the King's proposal, you will have to fight him. Use the silver sword, strong style and focus only on the King himself. When he falls, his summons fall. If you choose to give up Jacob's soul, you won't have to fight at all.

Approach wounded Jacob and kill him. His vision will vanish and you'll be back in the Cloister.

After a conversation with Dandelion, loot Jacob's body to find the Stolen Secrets and an amulet (that's kind of a big twist of the game - you realize who it was now, don't you?). Then approach Dandelion and talk to him. When he asks you what you will do next, answer as you like. 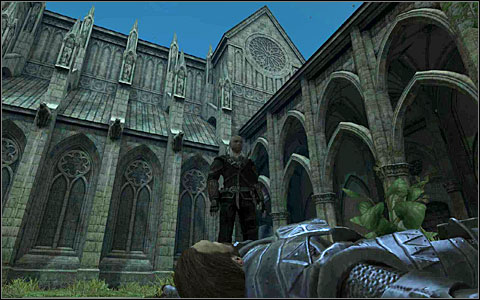 This is the end of the game, but not of the story.