When you leave the crypt in the swamps after dealing with the Striga - quest Q5.110. Her Highness the Striga - Velerad tells you that Azar Javed is hiding in the Old Manor. 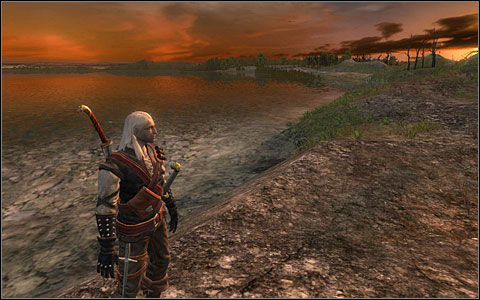 After you kill Azar Javed (phase 12 of Q5.108. Sweet Revenge), approach the mirror (M38.7) to find out that the Grand Master of the Order is behind everything.

The quest will be continued in the epilogue.

The version of the armor you get in this quest depends on which side of the conflict you support.

Phase 5. The Dwarven Blacksmith (or Kalkstein, or Armorer)

If you fight alongside the Squirrels, when you enter the hospital in Old Vizima (M33.5) (phase 4 of Q5.109. Hope Burns Bright, Zoltan tells you that the Blacksmith (M33.13) can help you reforge Raven's armor.

If you're neutral, talk to Triss (M32.1) in the Castle about Salamandra to know that Kalkstein can forge the armor for you.

If you fight for the Order, the first time you're in the hospital you find out from Siegfried that the Order's Armorer can forge the armor.

Phase 7. A Piece of Armor

Phase 9. All the Pieces

When you have the ingredient, you'll be set to complete the armor.

Important: Regardless of what you seek, you can access all the Ancient Tombs. You won't need the other magic ingredients, but there are a few interesting items in there.

Go back to see the Blacksmith, the Armorer or Kalkstein and tell him that you're ready to forge the armor.

Leave the house and enter it again, then ask the chosen character if the armor is ready. You'll get Raven's Armor in one of three distinctive versions.