After talking to Foltest you won't have much choice: you have to deal with Adda's curse by lifting it or by killing her. 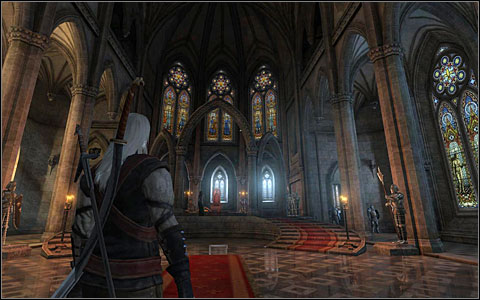 Talk to Triss (M32.1) about Adda and it will become obvious that the curse has been renewed deliberately. Also, you can talk to Triss about Alvin and about love.

Phase 3. The Fruit of Incest

De Wett (M32.1) tells you that Adda was born from a relationship between Foltest and his sister, and suggests that you kill the beast.

Phase 4. The Story of the Striga

Velerad (M32.1) tells you that Adda's been seen in Old Vizima.

When you are done talking to everyone, the Chamberlain will ask you to the king's private quarters.

Phase 6. An Agreement with the King

Go to the quarters (M32.2) and talk to Foltest about the remaining options. At the end you'll have a chance of playing dice with the king. Try to do so. Not only can you win a nice sum of money from him, but it's also a way to end Q1.12. Dice Poker. 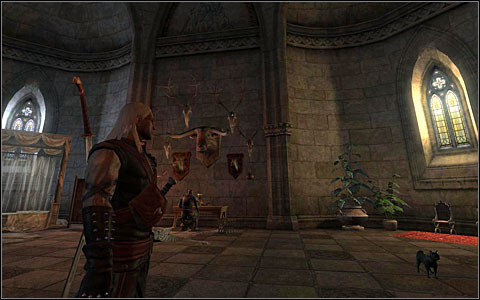 After talking to the king go to see the Chamberlain (M32.3) and tell him you're ready to go back to the city.

Phase 8. Striga in the City

When you reach the spot, it turns out it's not a Striga, actually, but a regular mutant. Kill it (steel sword, fast style) and talk to Kalkstein. He gives you a scroll Striga's heart. 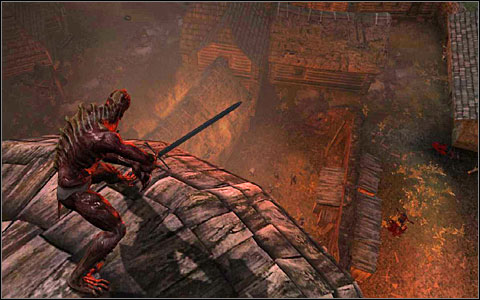 When you reach the cemetery in the swamps, you'll remember that Kalkstein mentioned someone being killed by striga near the old chapel.

Phase 11. A Father in Despair

Near the fireplace (M34.13) there's a Desperate Father. He tells you that Striga is sleeping in a crypt below the church. Go to the entrance (M34.14) and after a short conversation with Velerad, enter the dungeon. Notice that you can't leave it until you solve the problem, so you'd better be prepared. Some basic potions are in order: Cat, Tawny Owl and Swallow. You can also use better versions (rubedo, albedo, nigredo), because the following battle is not the easiest there is (you might need Blizzard at the high difficulty setting if you are aiming to kill the beast). Wait by the fireplace (M36.2) until midnight and decide whether you want to kill or save Adda.

If you want to kill Adda, take your silver sword, use strog style and hit her as hard as you can. Use Igni sign as well. Eventually she will die and you'll be able to take her heart from her body.

Phase 13. The curse is Broken

If you want to lift the curse, use your steel sword and fast style. Try not to attack her, and keep using Aard to keep her away from you. You can also try to exploit the game by running around the sarcophagus, she won't be able to reach you. When all the candles go out, Adda becomes a nice gal again. Talk to her. 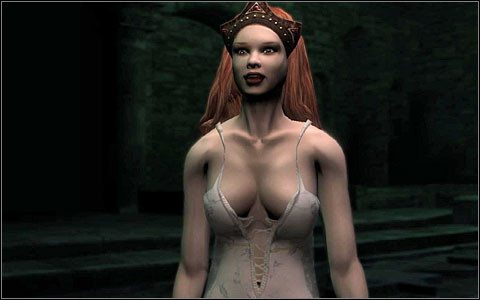 Go to her tomb (M36.3) and take Ostrit's Journal. Read it to make sure that the curse didn't cast itself.

Leave the crypt and tell Velerad of your deeds. If you saved Adda, you'll get a special reward - D'yaebl sword (it's obsolete to Gwalhir, which you probably bought in chapter IV).

You should show the crime's proof to the king. Not now, though.

Go to Old Manor. Be prepared to talk to De Wett, then kill him and three knights who support him.

This quest will be continued in the epilogue.