When you enter Alina's house (M30.19), she tells you to check if her sister is keeping away from her fiancee. You can't refuse.

When you leave Alina's, you'll be approached by Adam, a local poet who's in love with Alina.

Go to the inn (M30.6) to see a scene which proves that Adam is not interested in the younger sister. Ask Celina about her concerns.

Go back to Alina (M30.19) and tell her that Celina is not after Julian, but after any rich husband there is.

In phase 6 of Q4.93. Alvin you'll guess that the village is in danger.

Julian can be found by the inn (M30.6). He tells you that Alina went out to walk around the fields and hasn't come back yet.

When you enter the fields, you'll meet Alvin who tells you his dream. You'll know that Alina is to be found in the Fields during the day.

Alina's ghost - Noonwraith - is on the little hill with raspberry bushes (M28.17). After a short conversation, you will have to kill her. 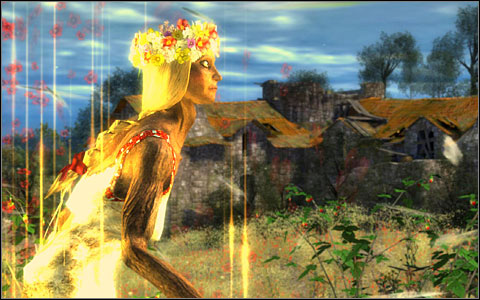 When you're on your way back, you'll see a scene in which Adam kills Celina for killing Alina... Well, it's time to talk to Julian.

Adam can be found in the village. Tell him not to do anything stupid.

Now tell Julian (M30.6) the whole things. Well, not necessarily the whole - you can skip the fact that Adam killed Celina.

Now you need someone to reassemble the mirror. 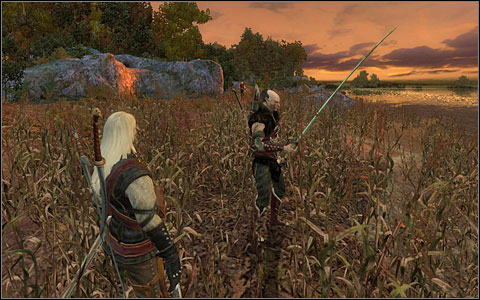 Phase 15. A Mirror for the Noonwraith

You have to give the elven handyman some time (leave the area and enter it again). Pay him for the job.

Go back to the noonwraith (M28.17). It turns out that the mirror didn't work.

Ask the Healer for help again (M30.4). She tells you that you will need poet's help. You know a certain poet, don't you? 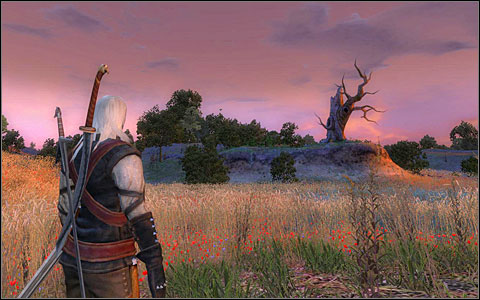 Go to the raspberry bushes with Dandelion at night (M28.17). Talk to him. Choose whichever answers you find fitting. After playing your roles, Alina will be free. Celina appears as well and makes peace with her sister.

Flashback: If in phase 12 of Q1.5. Of Monsters and Men you saved Abigail, you'll think about yourself for a while.

You can also take an opportunity to save Celina the Noonwraith. You have to give her the Wreath that you get in Q4.97. Hunting the Wild Hunt. 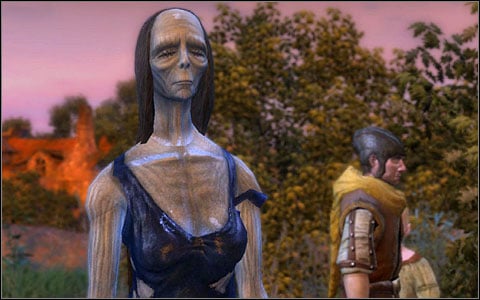