The most important quests in this chapter are: Q4.90. Ripples, its continuation in Q4.107. Free Elves, and Q4.105. The Heat of the Day. The quest Q4.93. Alvin is done simultaneously to the ones mentioned. Also, you'll begin a quest Q4.95. Armor, which will see its end in chapter V. The main quest of the game, Qp.4. Witchers' Secrets, is also continued here.

When battle between Scoia'tael and the Order commences in phase 3 of Q4.107. Free Elves, it will be the right time to go back to Vizima.

Ask the Vodyanoi Priest (M26.2) if he has any job for a witcher. He'll tell you to go see the Lady of the Lake - if you kneel before her statue, he will give you a quest.

Talk to Berengar (M26.19) after you meet him inside the crypt (M26.17). This quest can be done in three different ways - we'll guide you through all of them.

Now go see the Priest again (M26.2) - if he's not by the altar, kill all the hostile vodyanoi there (near the cave, (M26.12)). Tell the Priest that you got the contract back from Berengar and you will bring the Prize-Winning Cow to the altar.

Go to see Julian (M30.6) and tell him that you got the contract from Berengar. Agree to kill the Dagon Acolyte at the altar.

Phase 5. A Gift for the Lady

When you go to Black Tern Island, you'll be able to talk to the Lady of the Lake (M31.2). Ask her if you can do anything for her. She asks you to solve the conflict between humans and the vodyanoi - you are to bring her gifts from both groups as a proof of their good will. 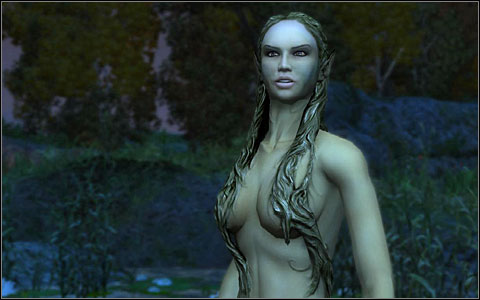 Phase 6. To the Island

Go to see Julian (M30.6) and tell him that it is possible to make peace with the vodyanoi, then ask him for an alabaster figurine.

Go to see Vodyanoi Priest (M26.2) and tell him that the Lady of the Lake wants to help them solve the problem, then take the Golden Bracelet from him.

Go see the Lady again (M31.2) and ask her if these are the gifts she wanted. You'll get a Ruby.

Go to Altar of Dagon (M31.9). If you completed all of the above phases, you will have three options now: kill the cow (a favor for vodyanoi), kill the acolyte (a favor for humans), or place the Lady's ruby on the altar (solving the conflict). Of course, if you are confident that you want to support one side, you don't have to complete all the phases - only the ones leading to the desired solution. If you lure Dagon for a battle here, be sure to complete all the side-quests in this area - you won't be able to do much after the fight. 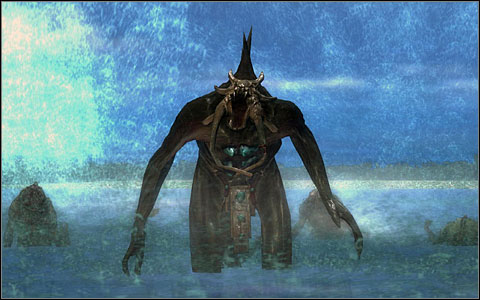 Regardless of your choice (proclaiming peace seems to be the best choice, obviously), Dagon appears and you have to fight him.

The Bestiary tells you that Dagon is a god and cannot be killed that easily. Take care of his followers when he summons them. When you kill about 10 of them, Dagon will fall. Loot his body for a Sun Rune and some ooze.

If you lured Dagon by killing the cow, go to get your reward from the priest (M26.2). If you killed the acolyte, go to Julian (M30.6). And if you places the ruby on the altar, go back to the Lady (M31.2). the Priest will give you a Ceremonial Sword of Deithwen, Julian gives you a Grand Diamond, and the Lady will bring back a piece of your memory...

The above events end this quest in the journal, but if you haven't used the Ruby to lure Dagon, you have to go back to his altar (M31.9) and talk to the Lady, who'll be waiting for you there. She'll give you a gift: an excellent silver sword Aerondight. 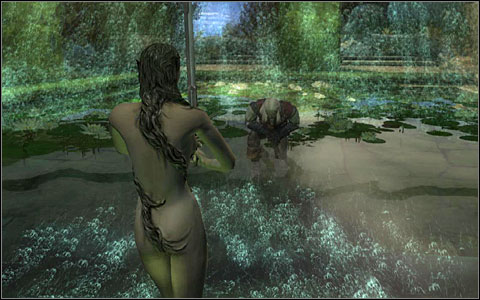