Quest is initiated in phase 16 of Q2.27 Vizima Confidential.

If you tell Shani about the autopsy in the hospital (M8.30) you'll know that you can't talk about it in public. You are to meet her in her house (M8.21) in the evening.

Phase 3. Preparations for the Autopsy

Ask Raymon, Vincent and the Gravedigger (M8.36) about the autopsy. Also, read the books Forensic Medicine and Zerrikanian Insects and Other Vermin. You can buy both of them from the Antiquarian (M8.15).

Ask the Gravedigger about the late prisoner.

If you want the Gravedigger to give you access to the body, you have to give him a bottle of some strong alcohol.

The body will be in the hospital (M8.30) in the evening - go the at midnight. Shani will be waiting for you near Melitele statue, and so will the corpse. Tell her to start the autopsy, and then begin a new conversation each time she approaches the body from a different angle. They way you talk to Shani is crucial to autopsy results. You can find an evidence of Kalkstein and Ramsmeat's fault, or.. you can find out something much more interesting.

If you want to frame Kalkstein, choose:

If you want to frame Ramsmeat, choose:

And if you want to find out the truth...

This quest has several branches that appear later on in the game, but the most important thing is that you find out that Azar is behind it all. That's why we recommend the third tree shown above.

If you found out the truth about Azar, it's time to use it.

To get this quest, you have to visit Kalkstein (M8.9) in Vizima and talk to him. You'll get a teleportation stone, that you can use to teleport from any place of power to his laboratory.

When you visit Vivaldi, and in phase 3 of Q1.18. Strangers in the Night you decided to kill the Squirrels, Vivaldi will be arrested before your eyes.

To get Vivaldi out of the prison, you have to visit the dungeon (M8.23) and pay 200 orens to Jethro.

After freeing him, Vivaldi (M8.8) will be so grateful that he'll give you The Secret Gates and Ain Soph Aur.

If Vivaldi hasn't been arrested, both books can be bought from him. The Secret Gates costs 100 orens, and Ain Soph Aur - 300. It's expensive, so you'd better find Ain Soph Aur in the swamp (M10.18).

Kalkstein tells you to find 10 sephirot. He'll also give you one of them (Chocc'mah Sephirah). You found Maal'kad by the cockatrice's body at the beginning of the chapter. Ghe'vrath, 'Oth and Veen'ah can be found at Melitele altar in the hospital (M8.30) if you offer something to eat (for example a chicken) by placing it on the altar. Tipperath can be bought from Leuvaarden (M9.10) for 500 orens (it's done during the conversation). Kezath is given to you by Vaska as a reward for Q2.51. Clay Pits. Y'esath is to be found in the cave (M10.20) inside the sarcophagus (M11.2). Neh'tza is found in the last phase of Q2.50. The Guardian.

You get Keth'aar from Raymond in phase 20 of Q2.27 Vizima Confidential.

Phase 18. The Sephirot are in Place

This phase is entered by doing the Q2.58 Monoliths quest. 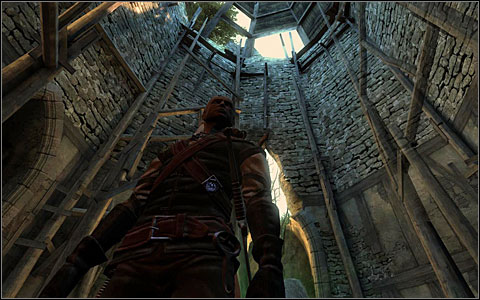