The first chapter begins with a prolonged cut-scene - in a while you'll regain control of the hero. 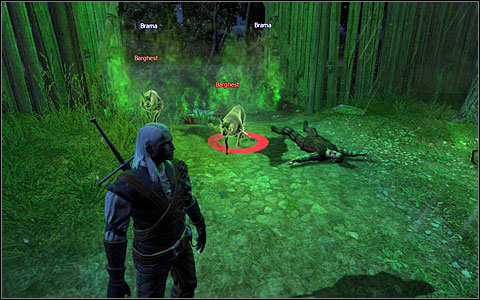 First you have to deal with a pack of Barghests. Group fighting style is in order here. After the battle is over you'll have to talk to Shani - or leave it for later (she'll be in an inn (M5.3)). You now have two quests from chapter one in your journal: Q1.5 Of Monsters and Men and Q1.6 The Salamander's Tail.

Hint 24: Be mindful of what you say in conversations. Sometimes you can offend people if you're careless.

Hint 25: If a person gets angry at you, leave the area and enter it again (for example by entering one of the houses).