If you've chosen to battle the frightener, you'll get the energy regeneration potion from Vesemir. It will come in handy during the following battle, as you'll be forced to use Aard a few times. 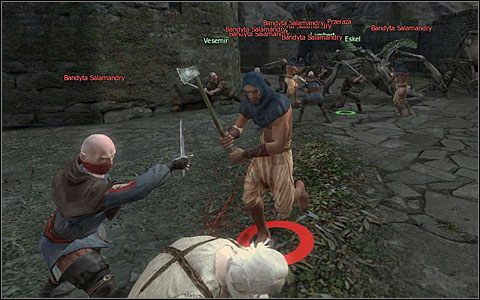 First help your mates to get rid of the bandits. They will all engage the frightener in a while. Unfortunately they won't be able to hurt it unless you help them out. 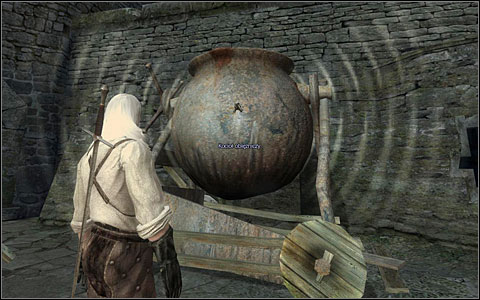 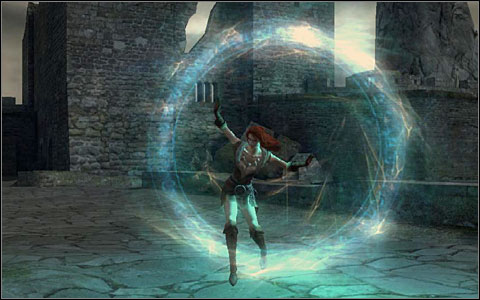 When the frightener is defeated, Triss will appear on the courtyard. You won't be able to help her for now.