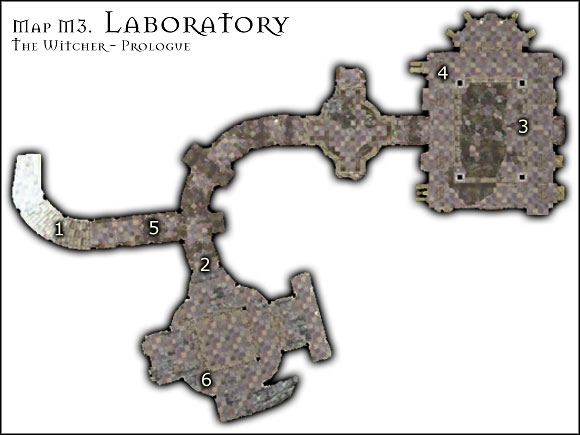 The stairs (M3.1) have been blocked, and a magical barrier keeps you from entering the lab (M3.2). The only thing you can do is to reach an alter (M3.3). When you touch it, you'll learn the Aard sign. If you touch it the second time, you'll get a +50% Aard strength bonus for a few hours.

Hint 16: The in-game time goes much faster than in reality. Approximately one hour of in-game time is one minute of real time. 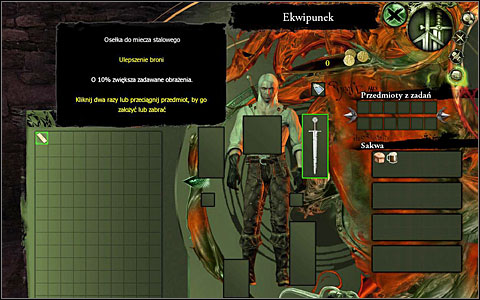 When leaving the crypt, notice one more chest (M3.4).

Hint 17: The items in the game can be used only through the inventory screen (you can open it by pressing I). You can't use items when you move them from a container or a shop into your inventory. 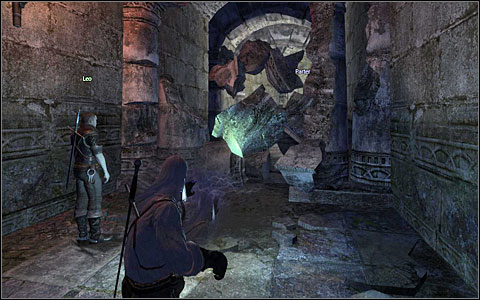 Get back to the rubble (M3.5) and smash it using the Aard sign (press right mouse button when facing the rubble). 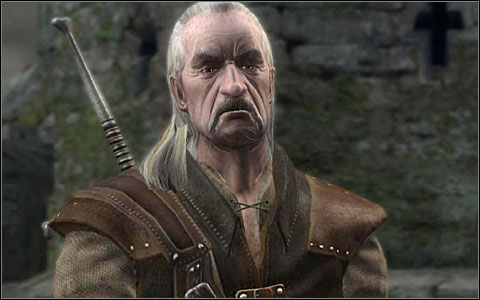 Talk to the other witchers and Triss. You will have to make your first decision in the game. You can run to the laboratory with Triss or accompany Vesemir in battling the Frightener. The choice is up to you, really. We found the laboratory quest a little bit more difficult, though.

If you decide to join Triss on the way to the Laboratory, in phase 2 of Q1.16. Buried Memories (chapter I) you will have to battle a mage and 4 mercenaries on a bridge near the city gates.

If you stay on the courtyard to fight the frightened, that battle on a bridge will be a bit tougher, because a mutated hound will join it instead of two mercenaries - and you won't posses a silver sword by then.