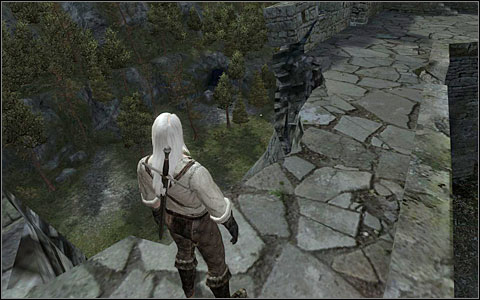 Hint 11: Don't worry that you fall off the walls - in The Witcher you can't fall off anything that hasn't been designed this way. 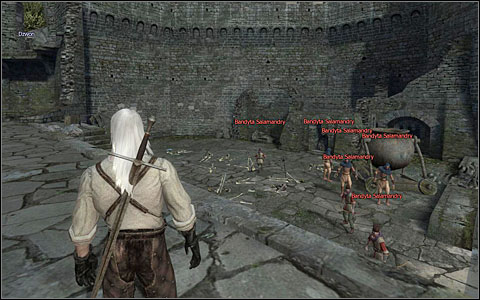 Don't trouble yourself with archers (M1.11) who try to shoot you from below - you can't harm them for now. Just run past them. 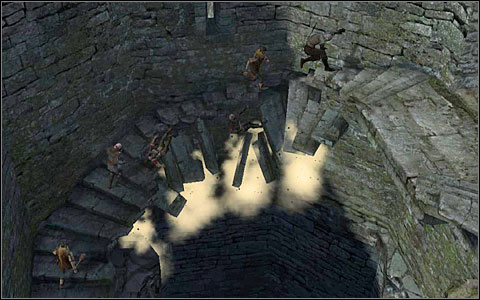 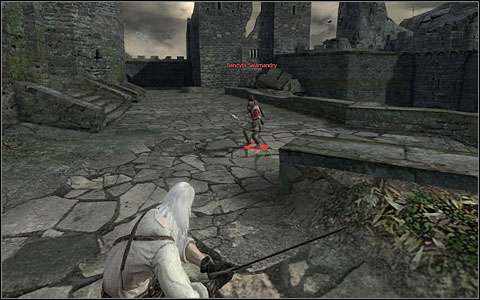 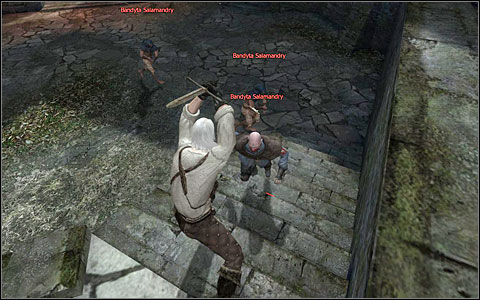 Deal with three bandits by the gate (M1.16) - it's easiest to keep them standing on the stairs so you can take them one by one. Remember to switch your style - there are two slow enemies and a fast one. Use the turnstile to open the gate (M1.17). 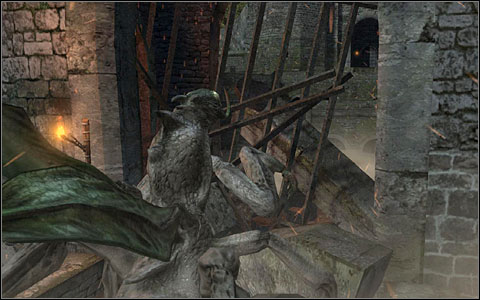 After a cut-scene you will get two potions: a Thunderbolt and a Swallow. As told by Vesemir, use the former at once. Leave the Swallow for later - you might not need it in tutorial at all. 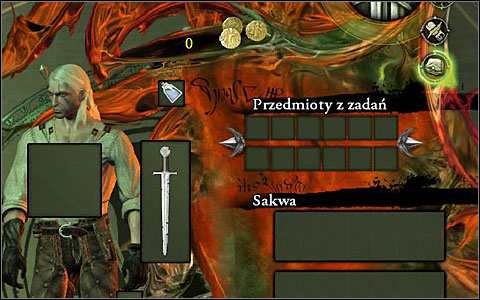 Hint 13: The Swallow (potion that helps you regenerate) is best held in a belt. This way you can access it during combat much easier. 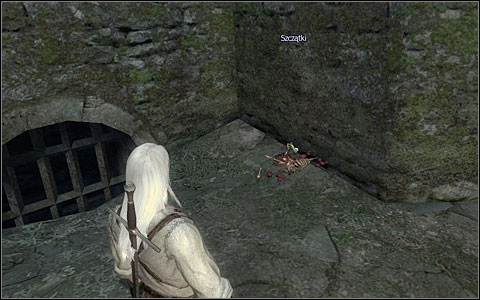 When on your way to the entrance (M1.18) notice that there are some remains of the last archer you beat (M1.15) - loot them. Talk to Triss and other witchers to know more about potions, the Professor and Savolla. Click the gate (M1.18) or talk to Leo in order to get inside.