The prologue is in a fact a tutorial. Remember, that you can die in it, as long as you loose your focus. Some more tutorial elements will appear later in the game, every time you encounter a new feature. It pays to go through this introduction with attention and learn everything it has to teach. 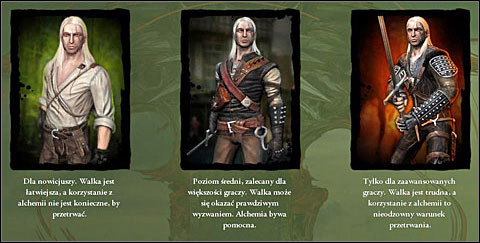 Choosing the difficulty level is essential - you won't be able to change it later on, and hours later it might turn out that some battles are too difficult for you. The differences between difficulty levels lay mostly in strength and vitality of opponents, as much as experience points you get for beating them. In fact, the higher the level, the less points you get. Combat is a frequent part of gameplay in The Wither, so higher difficulty level means more gametime. Every battle lasts longer and the risk of reverting to a previously saved game increases. Not surprisingly, it's best to start off with a medium difficulty setting.

Hint 2: On a highest difficulty setting the information on when to click the mouse button to prolong the battle sequence is much less obvious. The cursor doesn't change its shape. Instead, you have to observe the blur following your sword. 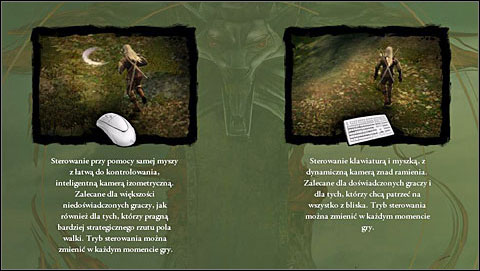 Choosing control method at the beginning doesn't really matter - you can switch the mode any time using buttons F1, F2 and F3. We found the over-the-shoulder camera (F3) to be the coolest and most helpful in battle.