The Walking Dead - Michonne Guide is a collection of walkthroughs for all of the episodes released by the developers (Telltale Games). Each guide will help you with completing the main story arc. The guide also helps with dealing with the crucial choices. Each of the choices is accompanied by the consequences you will face after choosing it.

The protagonist in The Walking Dead is a woman called Michonne, who struggles with living in the world filled with zombies. Her origins have been presented in the comic books, as well as in the TV series. Her history depicted in the game is not exactly a copy of what can be found in other media. Here, the writers decided to write a different story which is divided into three episodes.

List of the episodes of The Walking Dead - Michonne: 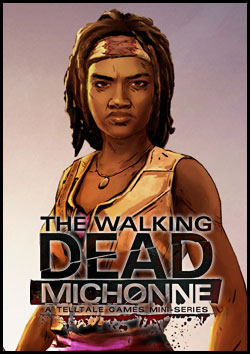 The Walking Dead: Michonne – A Telltale Games Mini-Series is an episodic adventure game from the Telltale Games studio. The production transports us to a world ruined by an outbreak of a zombie epidemic; in accordance to the tile, the game tells the tale of one of the most popular characters of the brand – the sword-wielding heroine Michonne. The storyline focuses on events which have taken place between the numbers 126 and 139 of the original comic books. In the game we discover why Michonne had to abandon Rick, Ezekiel and the rest of the group and also why she decided to return to them.

During our playthrough we explore the locations, talk to various characters and make impactful decisions, which shape the future events of the game. The production does not feature any traditional puzzles; however, simple arcade sequences appear from time to time.

The Walking Dead: Michonne Game Guide is also available in our Mobile App