It's the famous fight with Agent Smith in the old subway station. We don't try to defeat him all by ourselves because it's impossible. After a certain time we will hear in speakers "Incoming train. Please stay behind the white line". From now on there will be a train passing by in regular intervals. So to defeat Smith we got throw him on the tracks (screen 1). If he's already there and the train doesn't come we take out our pistol and start shooting to him - he will dodge our bullets instead of running away. When we manage do defeat him we will see a cut-scene where Neo flies through a thick wall. 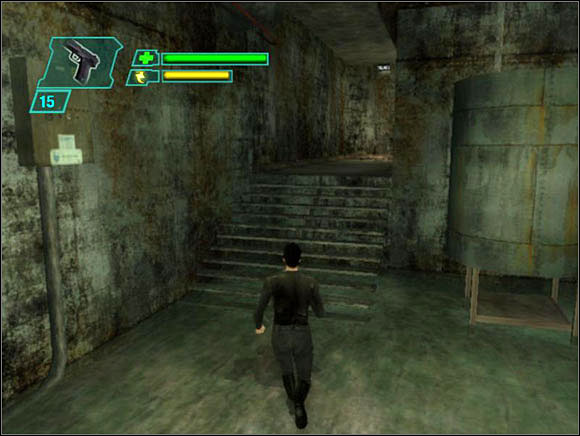 Now the only thing that left to be done is to find the way out. We run along the corridor and go through door on the right side. In this corridor the floor will collapse and we will land in front of some iron bars. We immediately turn back and slide down on a slope. We run to a corridor on the right side (screen) and to the very end of it.