On the roof we continually fight against SWAT teams and an Agent.

When we fight the SWAT members we don't use focus (only for those with shields) and necessarily take their weapons.

There are two methods for an Agent:

As early as the level begins we start shooting to the chopper as soon as it appears. In this task can help us a grenade launcher which we can find on the chopper landing pad.

In the very end on the roof will land a chopper. Trinity will get in it and launch off. Our goal is to run toward the chopper and do a focus double jump from the very edge of the building. 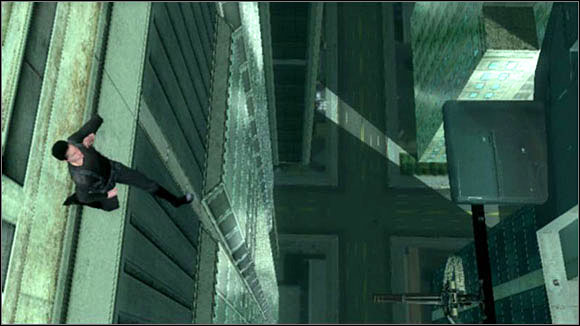