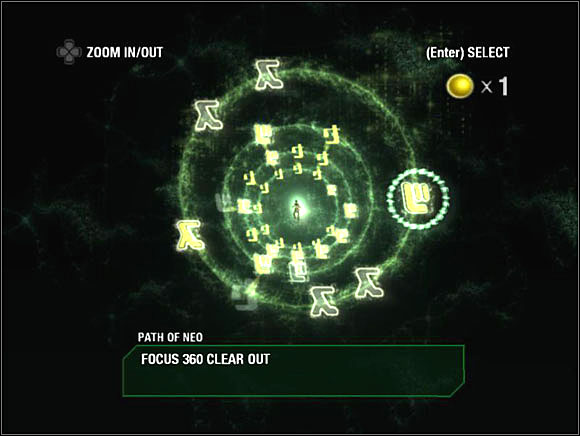 This is the "Character Development" screen. On the ring closest to the character are the most basic skills. On every further ring there are more and more advanced techniques. Skills on the neighboring rings linked with a golden thread are techniques of the same type but differ from each other with a level, which means "more powerful", "grater distance", "grater efficient" and so on.

The gold ball and the multiplier in the upper right corner show how many skills we can and must (if we want to start the next level we have to use all the balls) activate. 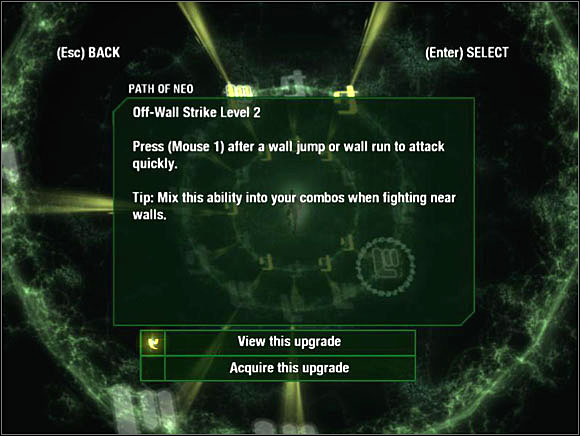 After choosing an ability such a window comes up.

On the top is the name of a skill.

A little bit lower we can see how to use this ability.

Option "View this upgrade" lets us see the skill in "action".

Option "Acquire this upgrade" lets us activate the skill.

Each skill is marked with such images:

Atman Principles - skills on the last ring. Those are short verses, they don't tell us what effect this ability exactly has. Every single one has a special effect like temporarily grow of power or healing others. Those abilities are activated only during one level. Next they are disabled and we have to reactivate them. The exception is the "Spoon" principle which once activated stays activated till the end.

Here is the list of all principles (mentioned according to their position on the ring - they never change their places): 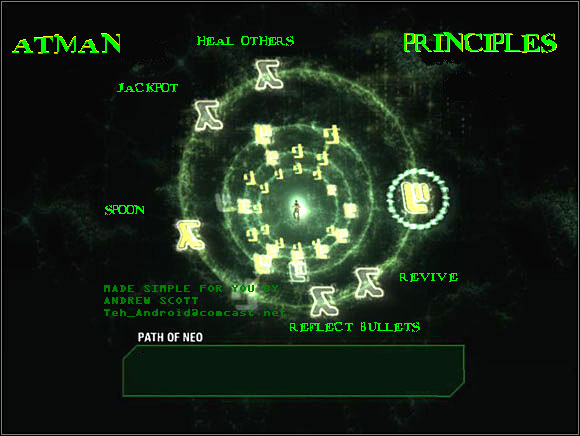 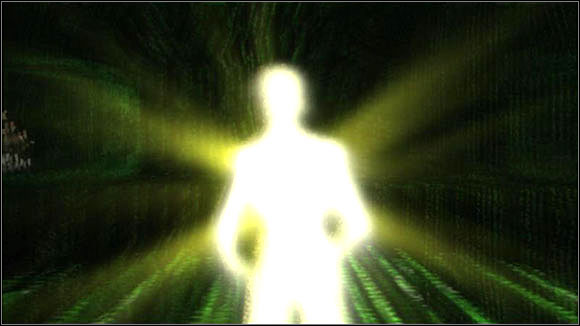 From time to time we see such a screen - it means that our focus meter has grown. It also often means that Neo has learned a new ability.

"You-decide" skills (you choose one before every level - the order can be different, it depends on you, but this one is preferred):