Couldn't be any easier - press and hold the CTRL key and practice these actions in all four directions. I wouldn't call this move a useful one.

You're still playing as a scout, however this time you'll have to engage a larger group of orcs. You can practice backstabbing them if you want to, but it won't be necessary. I would recommend using the first attack (left button), because it seems to be the most effective one.

Fourteenth assignment: Use special attacks and defeat the orcs

Not much will change here, besides the fact that you can now use scout's special attacks. If you forgot - you must be holding the SHIFT key. Test out all three special moves on your opponents [#9]. Kill all the orcs to get a new task. 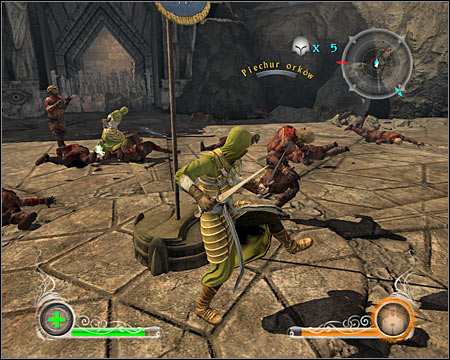 Fifteenth assignment: Defeat the remaining orcs from the garrison

Your final big challenge using a scout is going to be test out how to use satchel bombs. They can be deployed using the F key. Use them to get rid of the remaining enemy troops or ignore these items entirely and rely only on your special attacks [#10]. Either way, you must kill all the orcs.

You are finally allowed to choose a class, instead of using the one forced by the game. Just as before, you must approach the flag of the nearest checkpoint. I would recommend switching to an archer, however you may play as a warrior if you don't have anything against close combat situations. 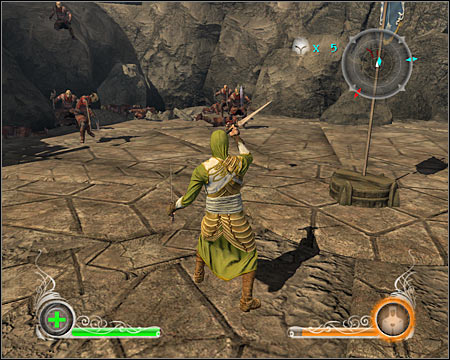 Start running towards a nearby tunnel (6 on the map) and join the fights already taking place near the final third checkpoint (7 on the map). If you're playing as an archer, make sure to keep a safe distance by attacking the orcs before they get too close [#11]. Don't forget to keep using the special attacks of the archer whenever they become available. Ignore only enemy mages, because their force fields will protect them against your arrows. If you're playing as a warrior you'll have to find yourself among orc troops as soon as possible. Keep attacking large numbers of beasts at the same time and go back to the checkpoint each time you've dealt with a new wave. Keep fighting until the checkpoint has been conquered. 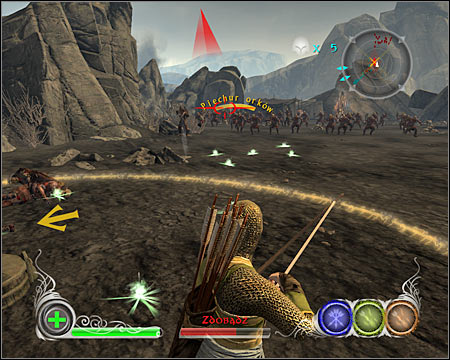 There's only one more main class for you to test and that is a mage. Make the change at the newly unlocked third checkpoint.

Couldn't be any easier. Get to the main area of the battlefield (8 on the map). In order to fire a bolt of lightning you must only press the left mouse button. Try using this attack to injure and eventually kill at least a few orcs.

I guess you won't be too surprised to hear that after testing mage's standard attack you'll be allowed to use his special moves. Follow the instructions on the screen and use mostly the fireball to dispose of enemy creatures [#12]. Attack them with a shock wave if they manage somehow to get closer to your position. Also - don't forget to see how the force field works. You can activate it by pressing and holding the CTRL key.

Twentieth-first assignment: Use the mage to defeat the orcs

There isn't much I could say here - use all mage's attacks to deal with a few large groups of enemy troops and eventually you'll get a new assignment. 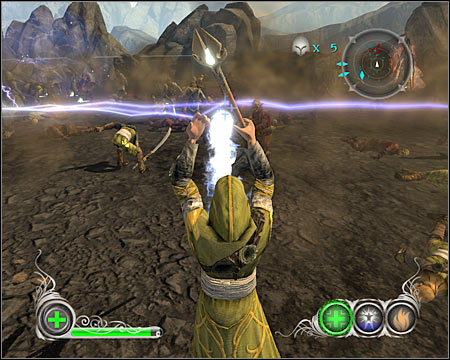 Twentieth-second assignment: Return to the checkpoint

You will soon receive an information that you should return to the nearest checkpoint (7 on the map). It appears that Sauron himself has appeared on the map and you'll have to get rid of him. Wait for a question to appear on your screen and confirm that you want to play as a hero - Isildur.

This is going to be your first "boss" battle and in this case you'll be going against Sauron. Sadly Isildur is not the best choice of a hero for this particular duel, mostly because Sauron is capable of defending himself in close range. I would recommend that you keep using your middle special move [#13]. The biggest advantage of activating this move is that most of Sauron's counterattacks will fail and so you won't have to worry about getting knocked down. 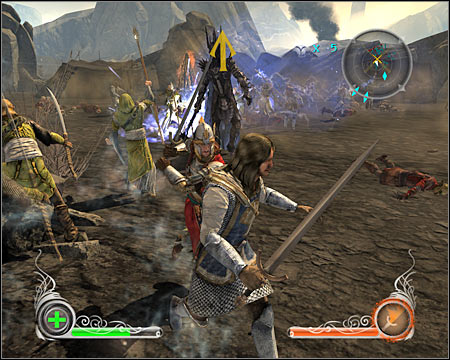 If your hero loses more than 2/3 of his health bar you should consider retreating as soon as possible. Find a mage and get closer to him in order to receive free healing [#24]. Go back to fighting Sauron when you're fully regenerated. If you lose Isildur entirely, choose a mage or an archer. The main reason is that you'll want to attack Sauron from a distance, however you'll still have to acknowledge the fact that he'll be able to approach you very quickly. Keep attacking Sauron until he's defeated. 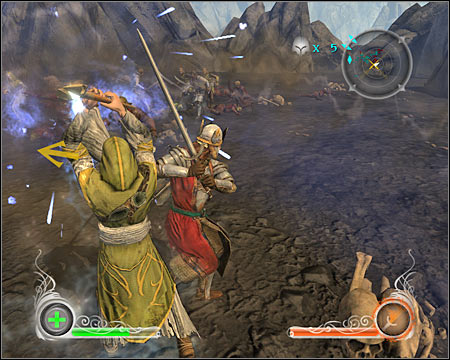