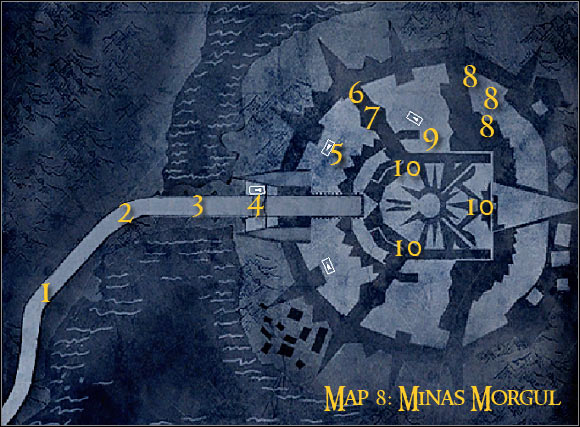 Additional info: The mission in Minas Morgul won't be an extremely difficult one, however you'll still have to be careful. The biggest problem is that you'll be dealing with large numbers of enemy creatures, so it's going to be easy to die. You'll also have to watch out for Nazguls near the end.

The game will make a great suggestion about the starting class and a result you should choose an archer. The main reason is that you'll want to eliminate most of your enemies from a larger distance and the archer is a great character for such undertakings. You start to the west of the citadel (1 on the map) and your first objective will be to get to a checkpoint located to the north-east (2 on the map). Start moving forward [#58] and attack the orcs before they get too close to your character. Don't forget to use archer's special moves along the way, especially while going against orc captains. These beasts must die as quickly as possible. 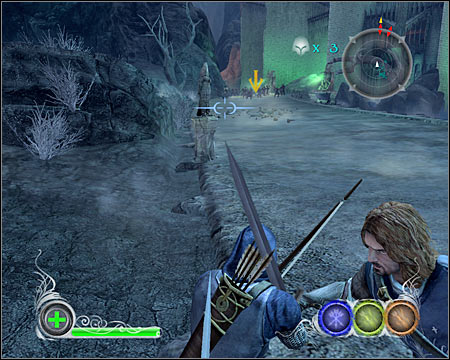 You will probably notice that aside from the allied units a large battering ram is being pushed towards the main gate of Minas Morgul. You won't have to defend the ram in any special way. Instead focus on keeping your character alive and retreat to allied mages each time you lose too much health. I wouldn't recommend foolishly losing lives here, because you're going to need them later on. Get to the checkpoint and get ready to defend yourself against the monsters coming from the bridge [#59]. Take control over this checkpoint, but stay in archer's body for a few more minutes. Heal yourself before you focus on completing the next assignment. 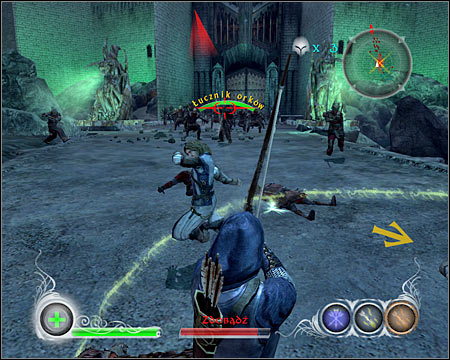 This time it's going to be even more important to keep playing as an archer, because the bridge (3 on the map) is not only protected by standard enemy units, but there are also archers on the citadel walls. Assuming you don't get too close to the main gate you should be fine and you won't have to worry about them. Keep pushing forward. Eliminate orcs and destroy palisades along the way [#60], but don't risk too much. Don't forget to use fire arrows against the palisades, so they'll catch on fire. Get rid of all enemy units guarding the main gate (4 on the map) and wait for the battering ram to be transported to that location. The gate is going to be destroyed in a manner of seconds. 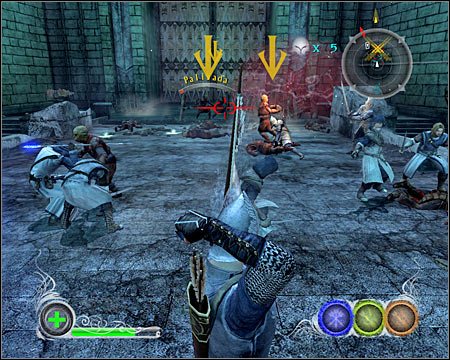