This page of The Last of Us game guide contains a walkthrough of the Sewers stage as part of The Suburbs chapter. The initial part of this level is mainly about exploring the coastal areas. After entering the sewers, encounters with clickers and other monsters will begin. The biggest battle with the infected will take place in the final part of this stage. 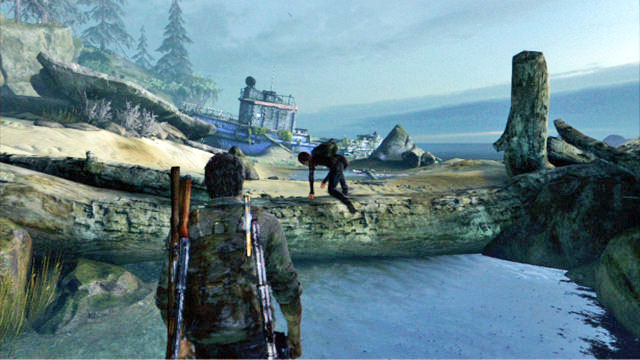 After you start this chapter, keep to the right side of the beach. 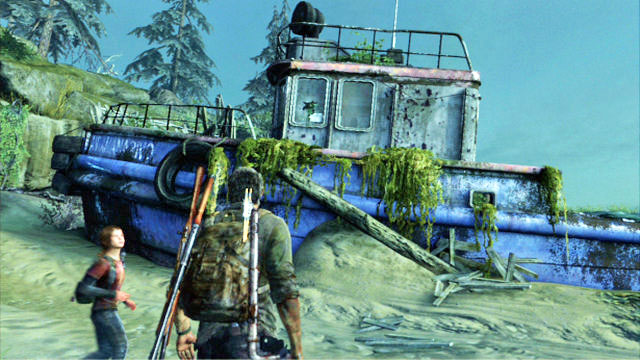 While on your way, you will find a shipwreck. 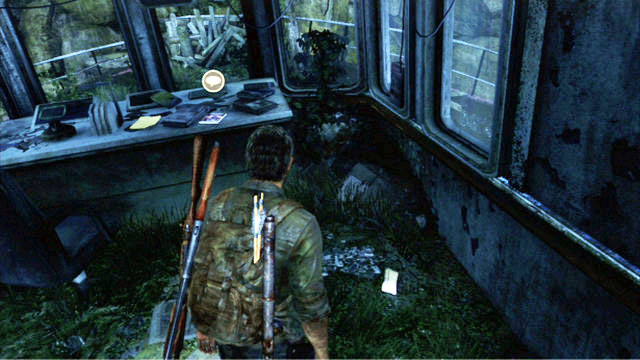 Explore it thoroughly, there are a lot of useful items inside. 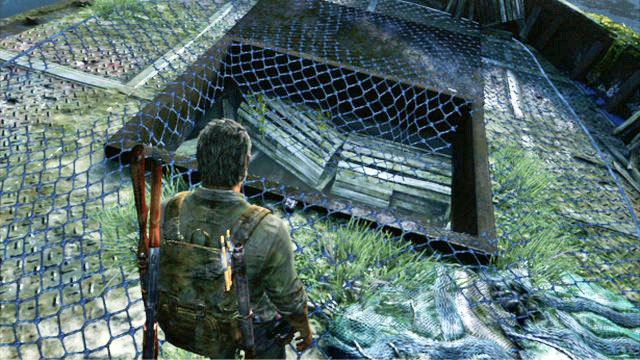 Once you are done, jump down under the deck, and leave through the hole in the side. 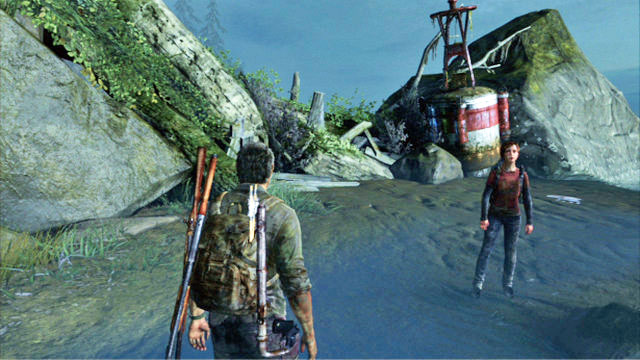 As you keep to the right, you will bump into a barricade, which you won't be able to go around. 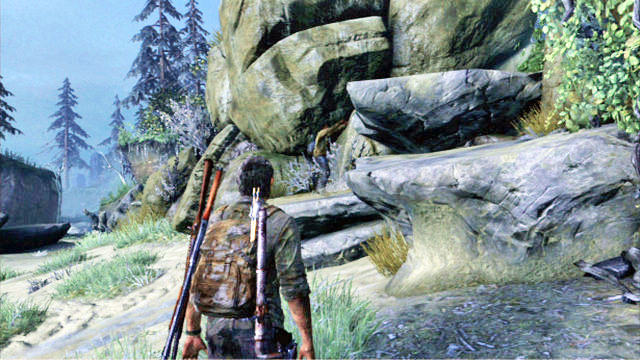 Turn back and backtrack while keeping to the right. After several steps, you will notice one of the black brothers. 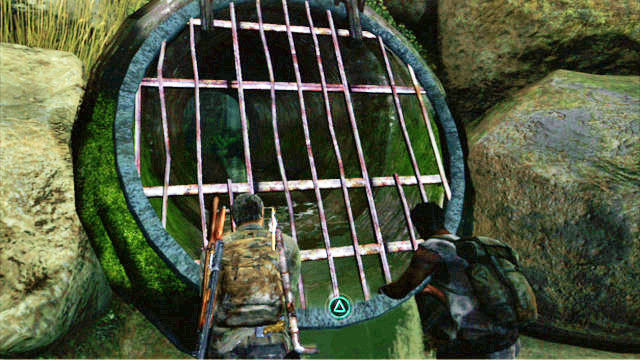 As you follow the boy up, you will reach the sewers. Help Henry open it (by pressing the triangle) and enter. 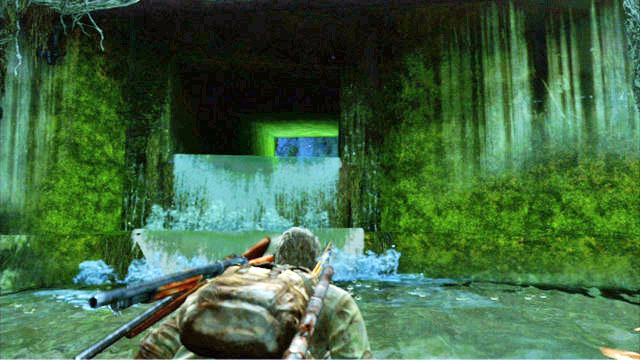 Go ahead and keep an eye on the right side of the tunnel. After some time, you should notice another tunnel with water pouring out of it. You can enter the tunnel and check out what is at the other end. 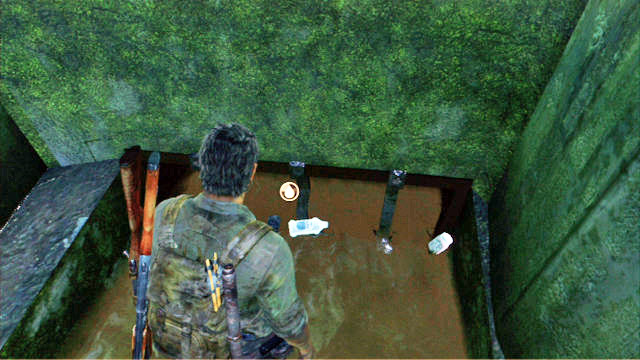 There are some materials and some spares there. 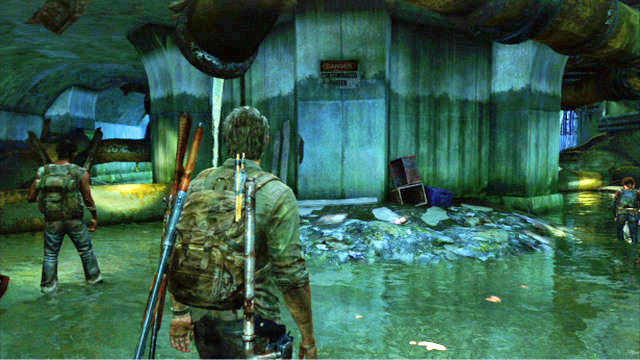 After you have collected everything, return to the main tunnel and go ahead until you reach a fork. You should go into the path to the right. 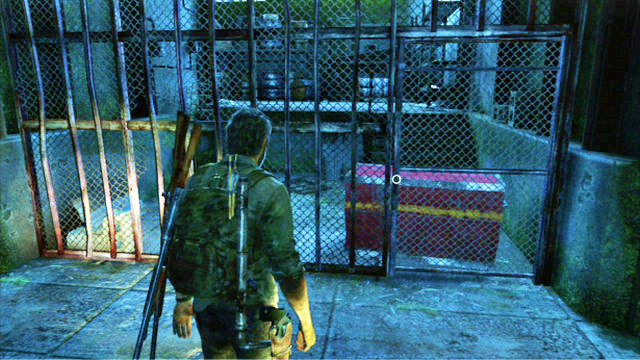 This way you will reach a closed grate with plenty of useful items behind. 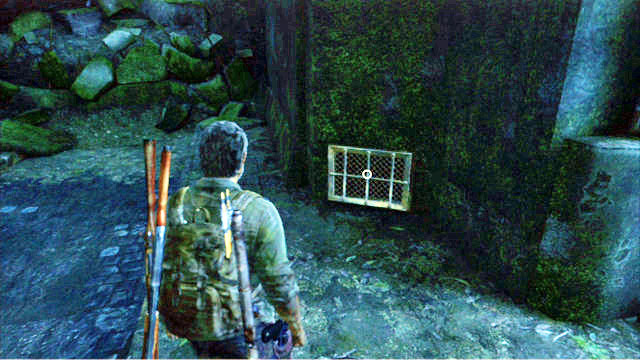 To get to the other side, you need to open the ventilation shaft to the left. Ellie will be able to squeeze through the shaft and get things done. 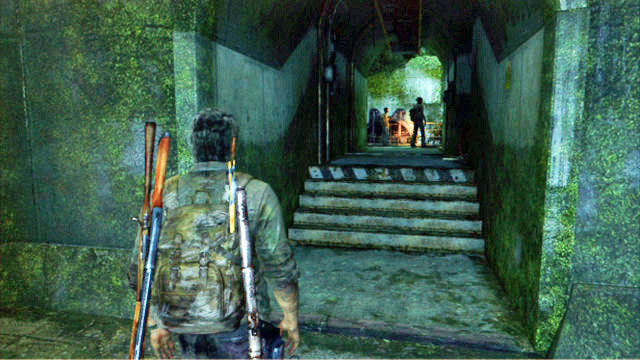 Once you clear the area, return and take the tunnel to the left. Then follow the two men. 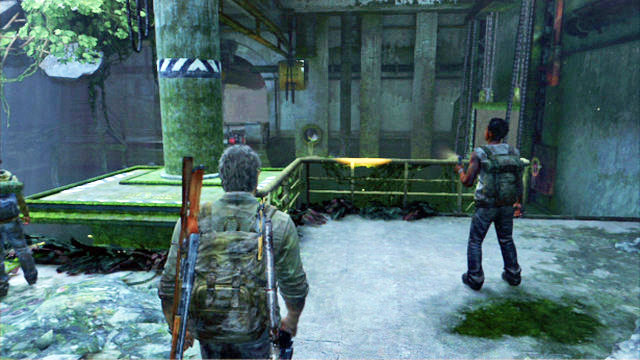 This way you will reach a location with a valve and a locked gate. At first, try and give the valve a turn. Unfortunately, it will turn out to be jammed. 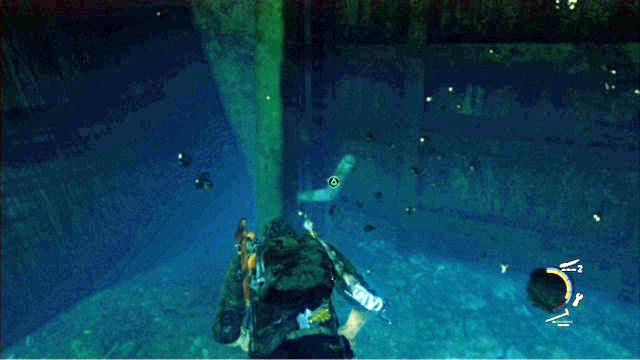 To unblock it, you have to dive and remove the metal bar to the left of the passage (the triangle). A moment later, Henry will be able to raise the gate. 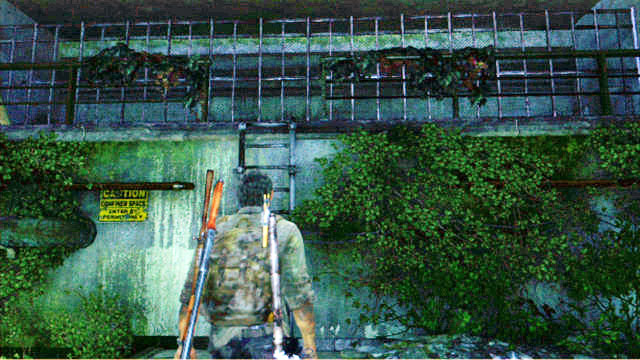 Go ashore at the other side and explore the pile of debris to the left. There are some materials there. To your left, there is a wooden plank that leads to the elevation. 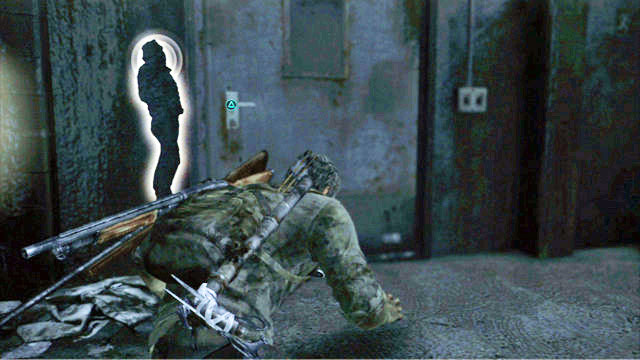 Before you throw it into water, examine the door at the end of the platform. There are two clickers behind the door but, it is worth getting inside to find further items. Avoid or kill silently the first one of the enemies , and collect all of the materials to the left. 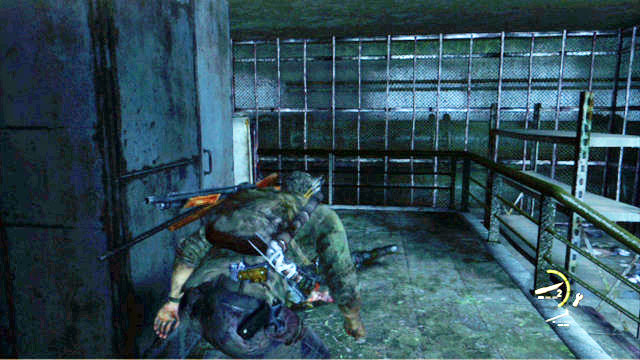 When the room is empty, you will have the chance to take out the other enemy, or leave. 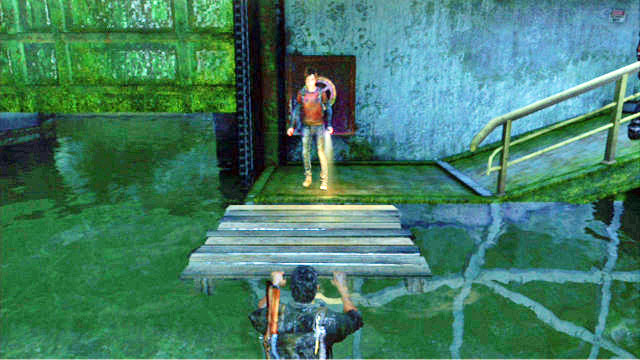 Now, you should take the wooden platform and swim up to Ellie with it. Take the girl to the red generator at the other side of the previous room. 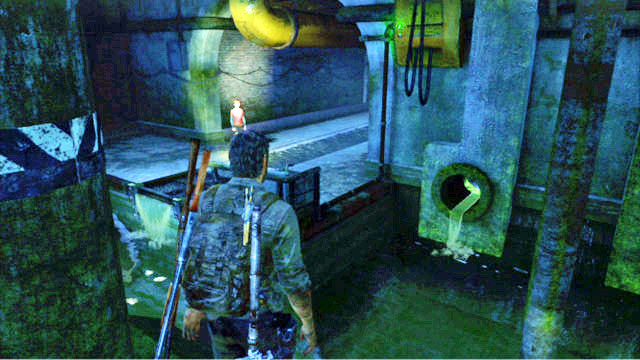 After you start the machine, you will be able to mount the platform above and go a bit further. 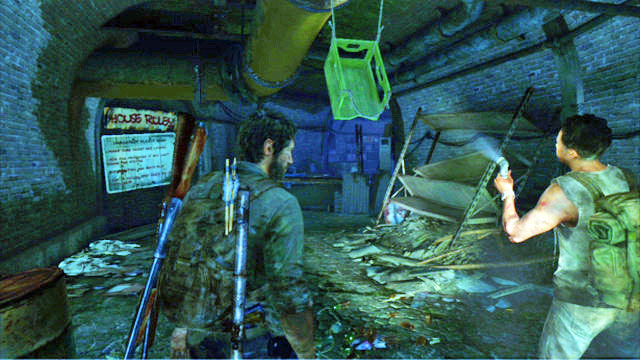 As you run ahead, you should reach a double door. Open the door which will trigger a trap. 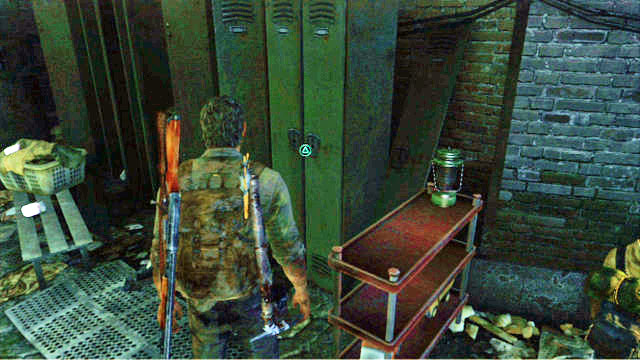 Do not worry about it and search through the room at the end of the tunnel. Right before the room, to the left, there is a new weapon - a sawed-off shotgun (Shorty). Once you collect everything, backtrack a bit and turn right. 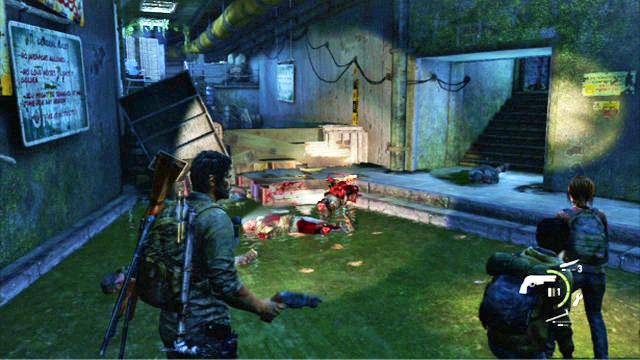 The tunnel will take you to a location where you will be attacked by four mutants. You should focus on the fourth one, the clicker. The best way to kill it is by using the newly-acquired weapon. 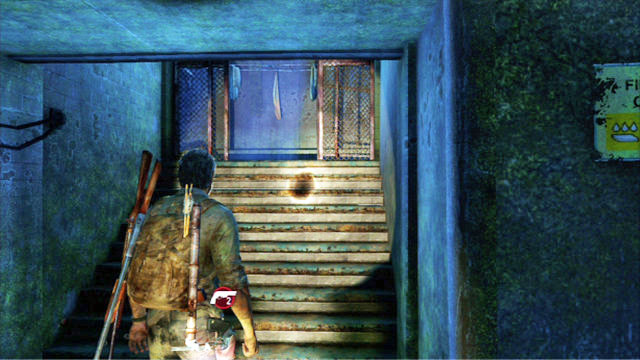 After you kill out all of the enemies, search through the room to the right and keep going ahead. 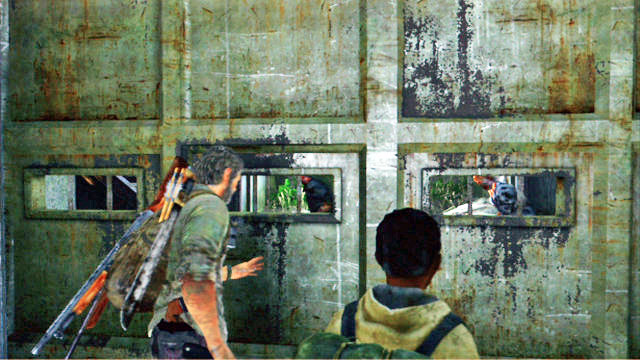 At some moment you will be separated from Ellie and the older of the brothers. 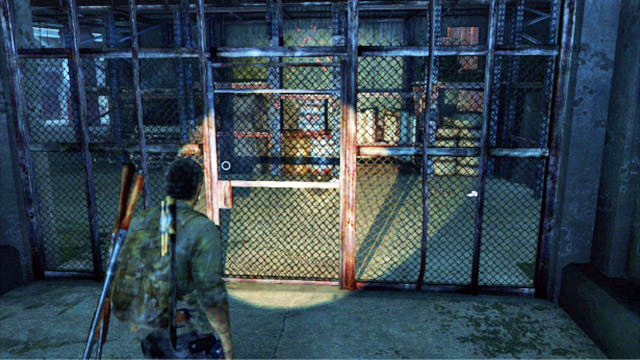 Sneak through the grate to the right and turn off your flashlight. Very slowly, proceed ahead and keep to the left wall. 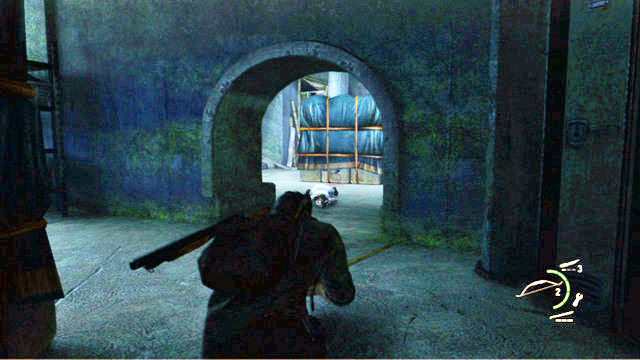 Once you reach the end, take cover and use the bow to take down the zombie approaching from the right. You need to keep going to the left. Be careful, though, because the monsters around are sensitive to noise. 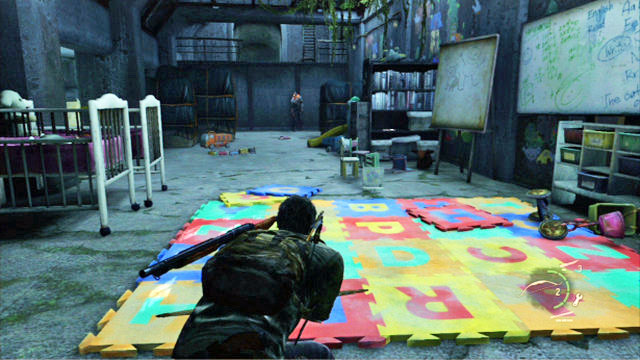 At the end of the child's room you are up for a fight with a clicker. Kill it silently and give a boost to the boy that accompanies you, and wit for him to throw you a ladder. 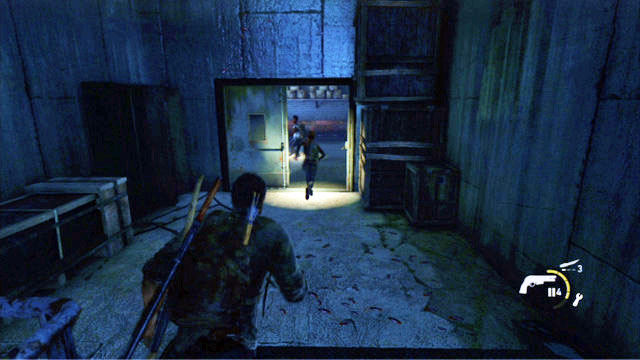 Go ahead and you will rejoin with Ellie. You now need to run straight. When further passage is blocked by a grate, wait a moment. The boy will squeeze through the venting shaft and unlock the passage. 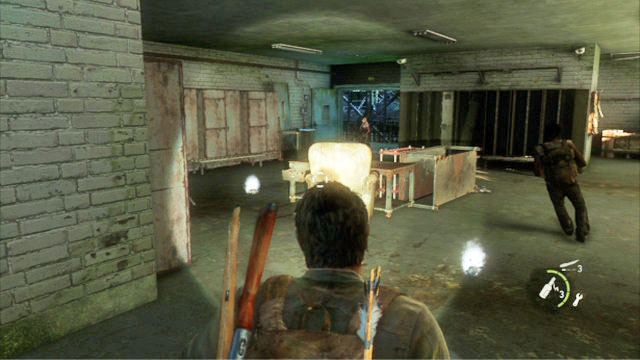 Eventually, you will get into a room with a table with many parts on it. First of all, collect ammo, Molotov and the bomb. Right after you approach the exit, take to deploying the explosives. Position one of the bombs next to the entrance and, if you have any more, two to the right and to the left of the table. They cannot be deployed too close to each other or else they will both go off at the same time . A well planned defense is very important because, soon, you will be attacked by a quite large group of enemies. There will also be clickers among them. To survive, use the Molotov's cocktails to your aid. Two or three of them thrown at the enemies should definitely thin out their numbers and set the monsters that run here and there, on fire. Out of the firearms, the best here is the shotgun or the sawed-off shotgun, but you need to be very precise while shooting and use every free second to reload. Once the door goes ajar, walk through and leave the beasts behind.