This page of The Last of Us game guide contains a walkthrough of the Escape the City stage as part of the Pittsburgh chapter. New allies - Henry and Sam - appear during this stage. Encounters with bandits await for the heroes, as well as a scene of escape from the enemy vehicle. 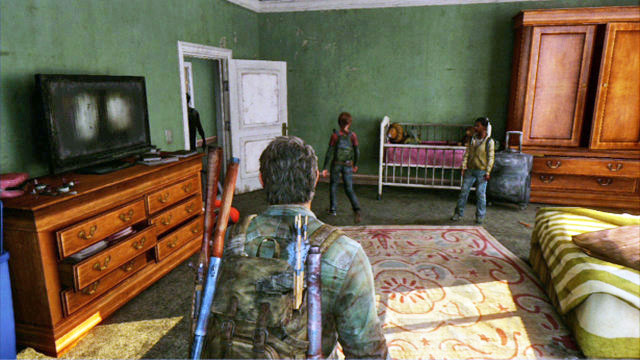 After the two introduce themselves, walk down with them, to the ground floor of the building. While on your way, search the rooms that you pass by. 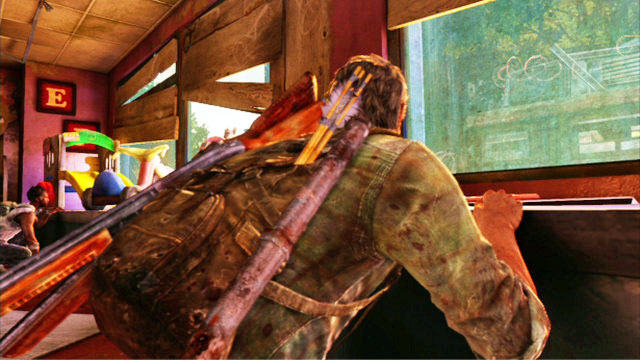 Inside the toy store, you need to make a short stop because of the car going nearby. 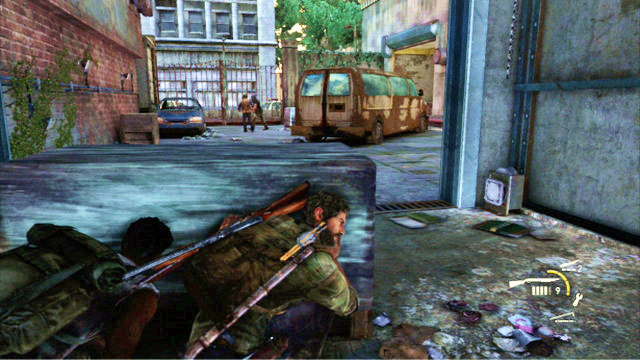 Once the car drives away, walk outside through the back door and get ready to meet three bandits. 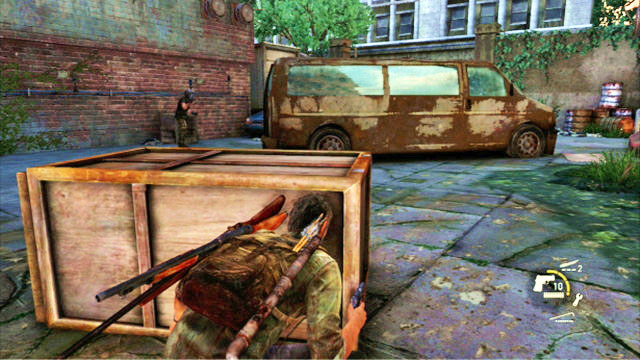 To eliminate them silently, wait for the enemy to the right to walk away and sneak over to the wall to the right. You are going to find a small cover there that you can wait for the above goon behind. As soon as the man returns, sneak up from behind and kill him. 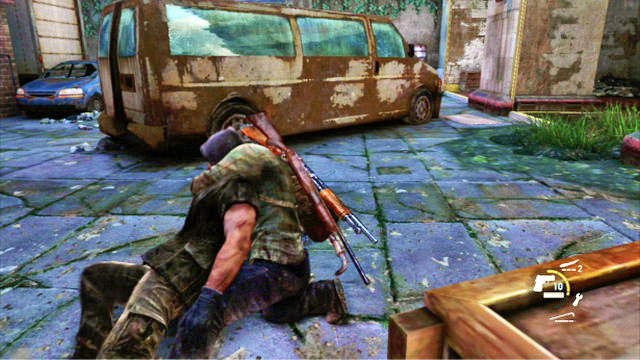 A moment later, another one will come by. You can also sneak up from behind to this one by hiding behind the nearest cover. After the two die, the third one should be no problem to eliminate. 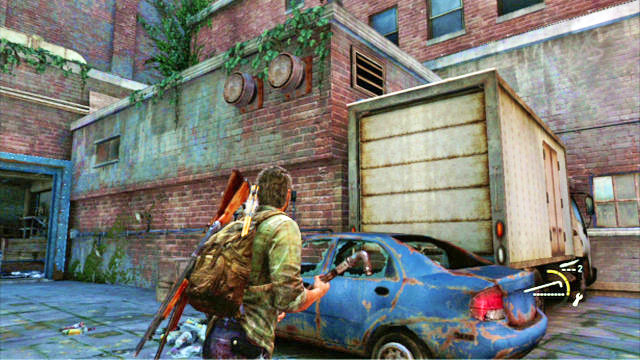 Once the area is clear, climb one level higher, over the nearby car wreck. 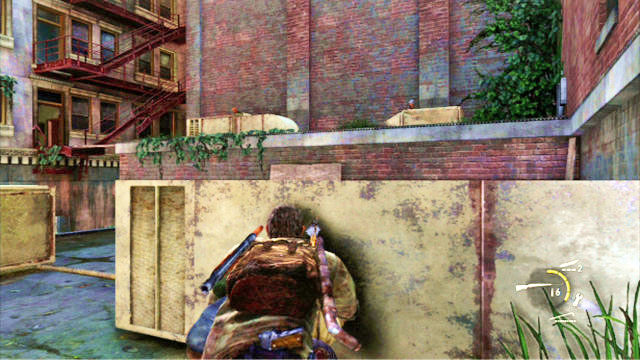 A few steps further, you will bump into two more bandits. Hide behind the nearest cover and aim your rifle, carefully, at the head of one of the enemies. After a headshot, he should drop dead. Thanks to this, the fight with his companion will be much easier. 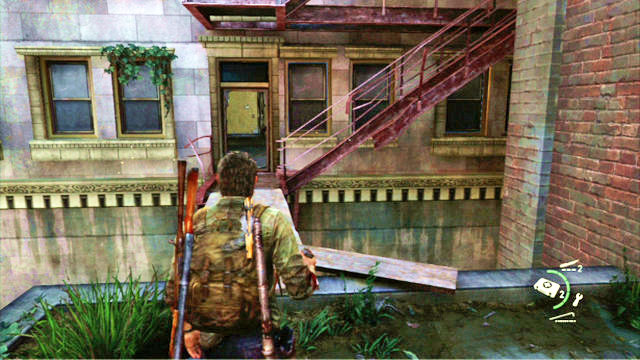 As soon as the two die, enter the building, go upstairs and walk over a wooden plank to the next building. 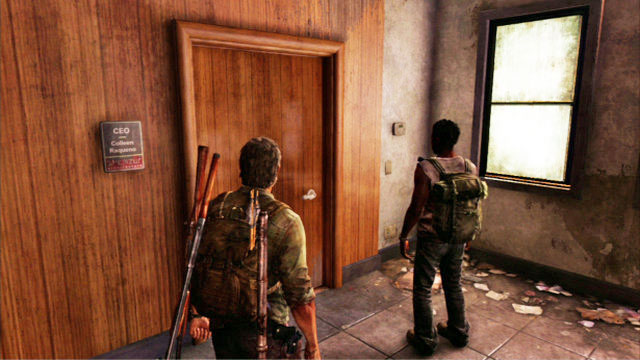 The door to the right will take you to Henry's hideout. Go there with the man and a longer cutscene will start. 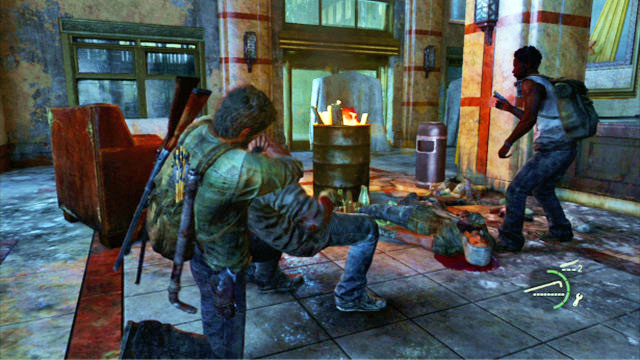 After the cutscene is over, go ahead until you encounter two enemies. Approach the one to the left and strangle him. Your companion will deal with the other one. 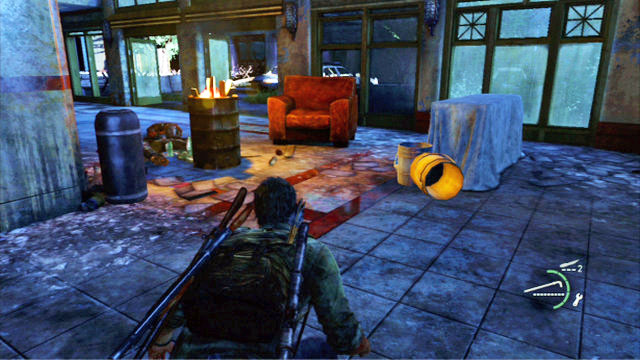 You can now start to make some noise and tip over the bottles and buckets on the ground. This will alarm the third one of the enemies, which you also should kill silently. 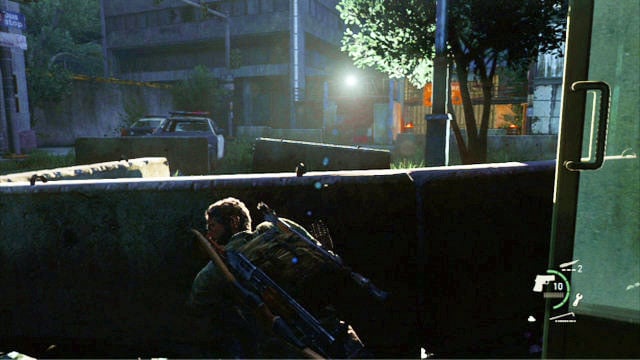 As soon as you perform the last execution, leave the building and sneak over to the outpost with the spotlight. Nobody will notice you if you stay out of the light. 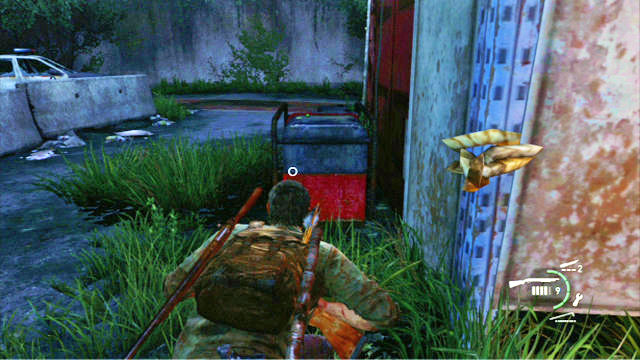 You will notice a red generator when you get there. Turn it off by pressing the triangle, and hide in the shadows to the left. 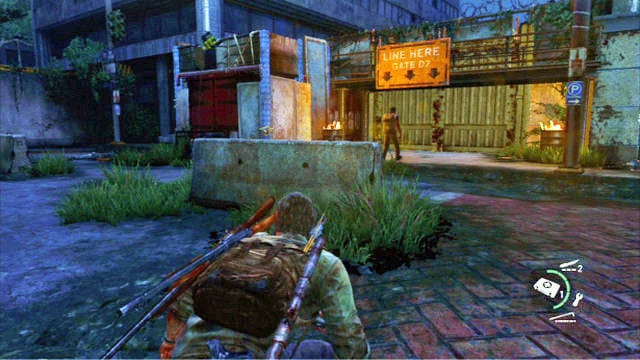 A moment later, a group of enemies will start to jump down. You can kill them in a conventional way, or set bombs or throw the Molotov's at them. The choice is yours. Still, the latter method is less time consuming. 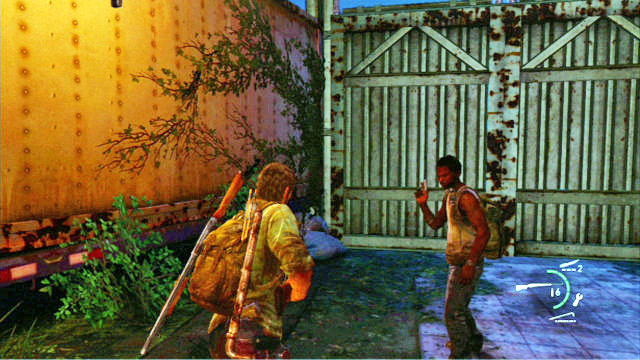 After the last one of the thugs dies, open the gate to the right of the generator. At the other side, there will appear yet another enemy, but Henry will be able to deal with him. 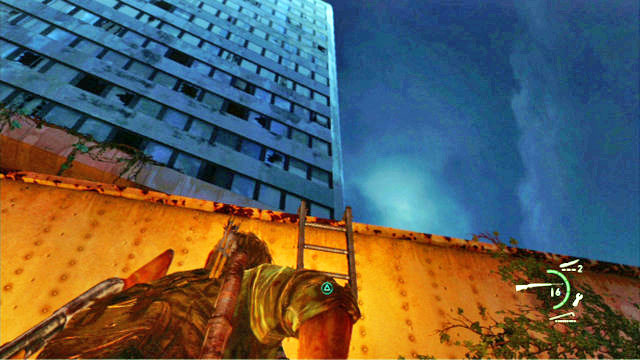 You can now approach the broken ladder hanging down from the truck and give the others a boost. 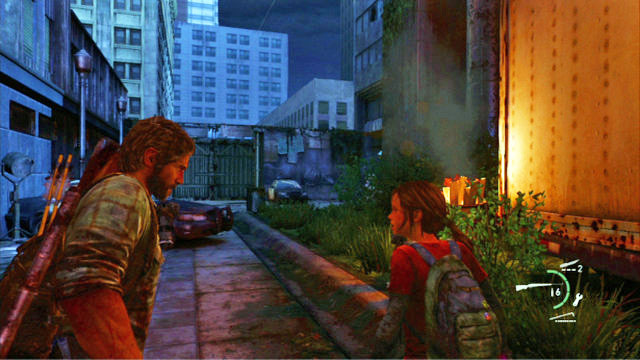 Unfortunately, as soon as the car of the bandits appears, Henry and his brother will take it to the hells. 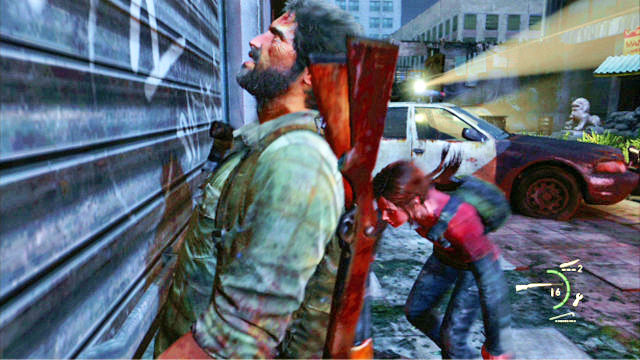 Approach the gate to the left and try to open it by pressing the triangle. 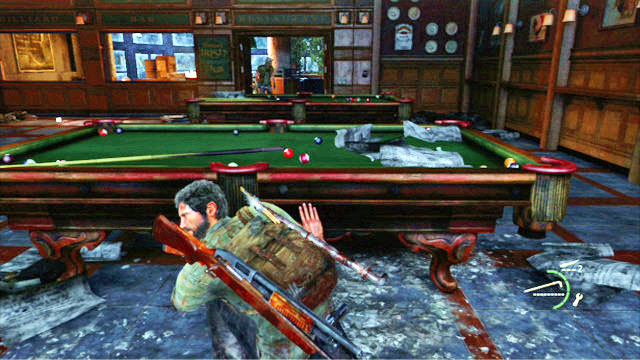 Behind the gate, go left, This way, you will reach a derelict bar where further bandits will arrive. Kill the first two quietly, by diverting their attention with bottles. 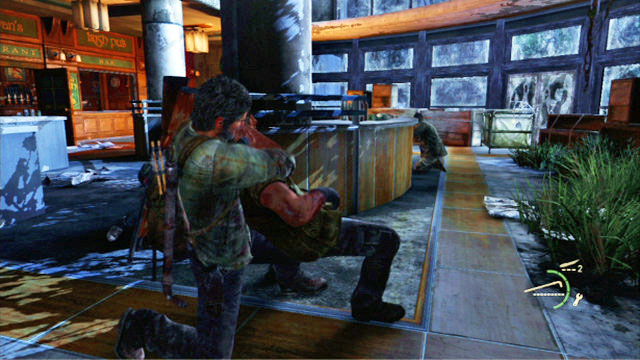 The next two are standing behind the counter next to the front door. You can sneak up to them on the left but, you need to remember that listening out will not give away their exact whereabouts. 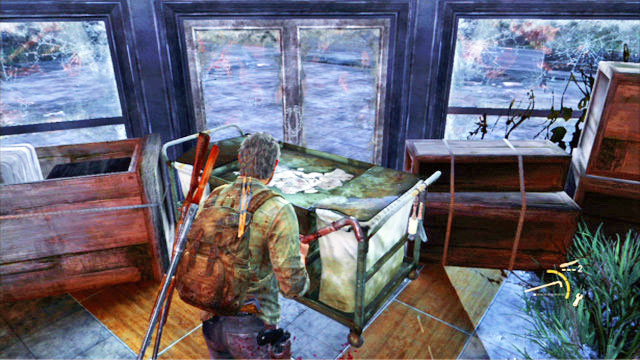 After the last one of them dies, move the trolley that has been blocking the door and leave. 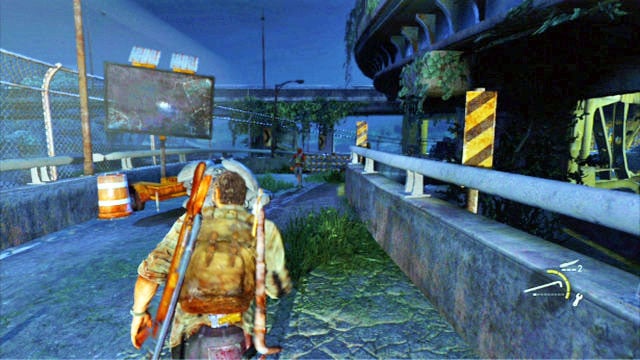 A moment later, a truck with a machine gun mounted onto it will appear. You need to run away from that truck, jump over obstacles and follow Ellie. This way, you will complete this chapter.