This page of The Last of Us game guide contains a walkthrough of the Outside stage as part of The Outskirts chapter. This level almost completely forces the player to completely avoid confrontation with soldiers patrolling the area. Heroes must skillfully sneak around the foes in order to prevent detection. In our walkthrough we inform you about all dangerous situations. 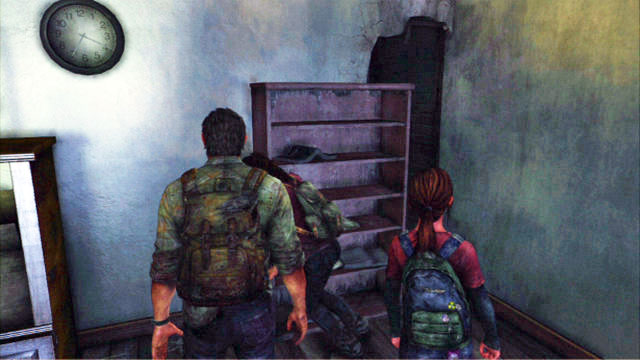 Talk to Tess after the beginning of this part, and squeeze through the hole that will be revealed a moment later. 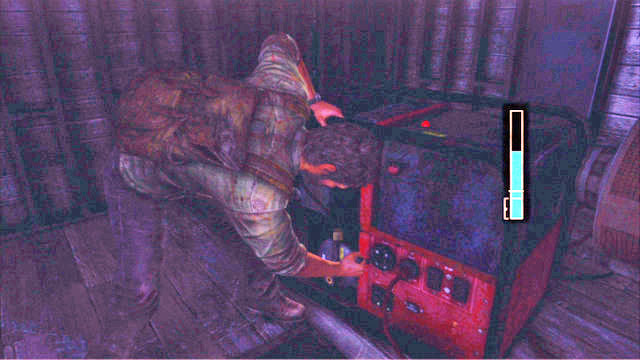 Behind, you will find an elevator that starts working as soon as you start the generator standing next to it. To do this, press the triangle and keep pressing it as soon as the cursor to the right reaches the bottom part of the bar. 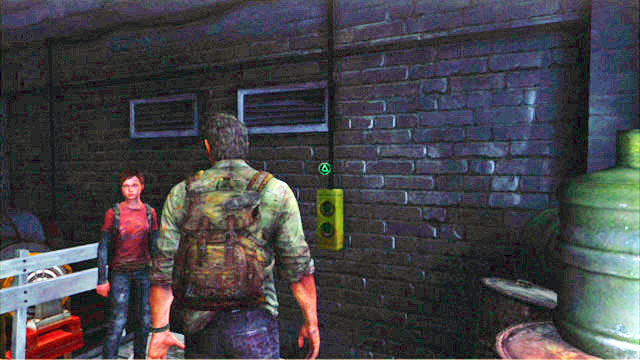 After three successful attempts, the machinery will start to operate and you will be able to start the platform. 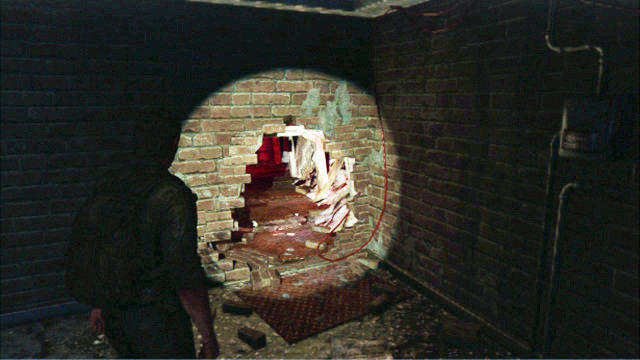 Once you get downstairs, turn on your flashlight and enter the narrow tunnel to the left. 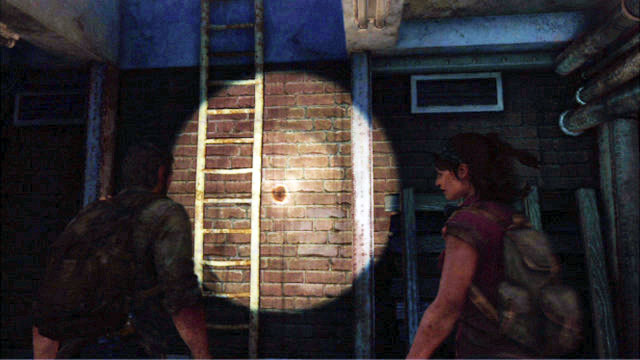 This will lead you to a ladder to the surface. 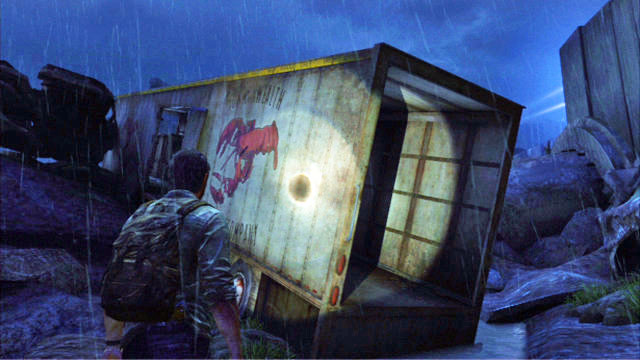 As soon as you reach the surface, go ahead and walk through an empty truck trailer. Soon afterwards, you will see a short cutscene. 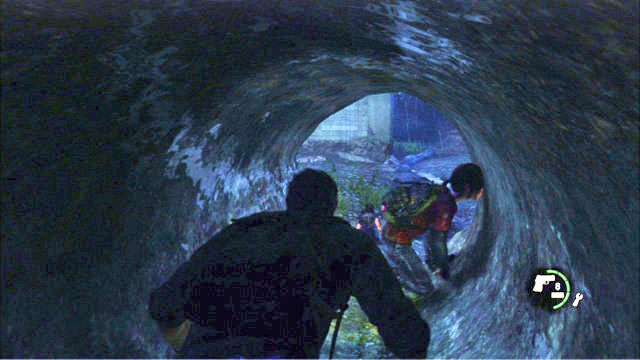 After it finishes, crouch and walk over to the other end of the tunnel. 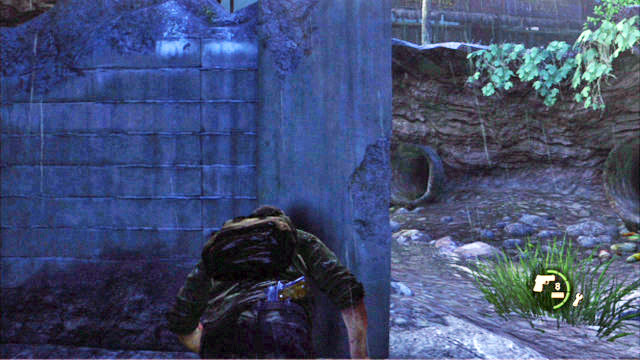 Now you need to follow Tess, while hiding from spotlights. As soon as you go through the next tunnel, Joel will assume the command. 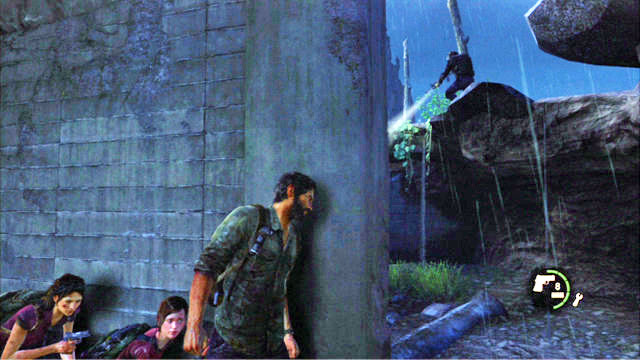 At first, go ahead; as soon as the soldier turns away, sneak quickly to the wall to the right. 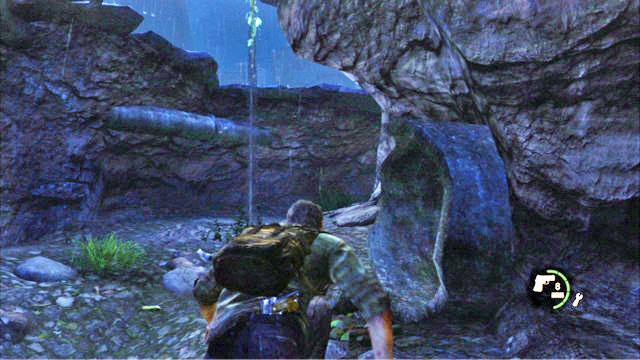 Then, you need to run up to the tunnel on the left and make your way to the other side. 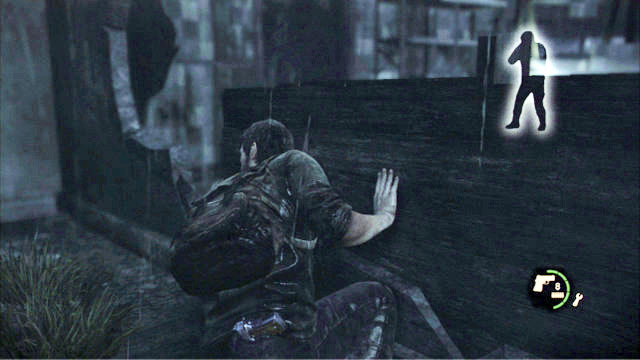 As you go ahead, you will reach a derelict building. You now need to turn left and climb to the very top. There will be another soldier that appears behind your back so, take cover. 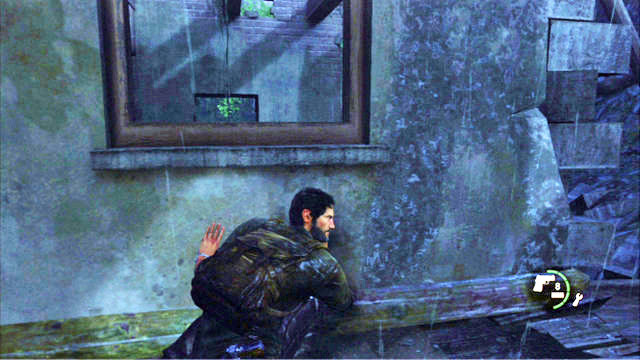 To the left of the man, you will find a staircase to the window, which you need to jump through. 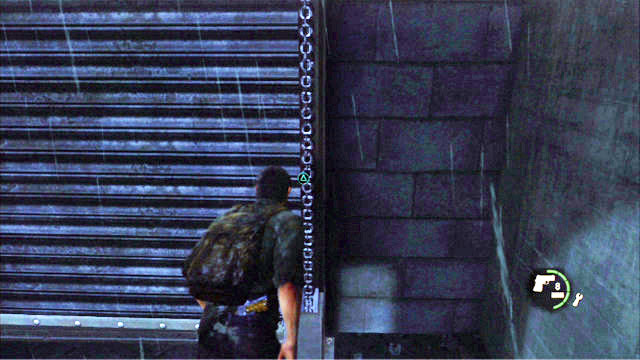 At the other side there is a locked gate. Open it by pulling on the chain (triangle). 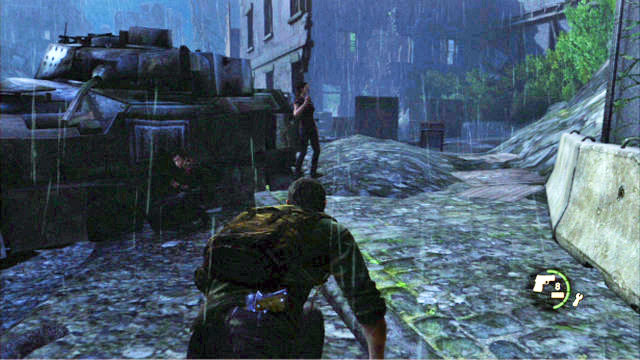 Once you are outside again, follow Tess to the right. 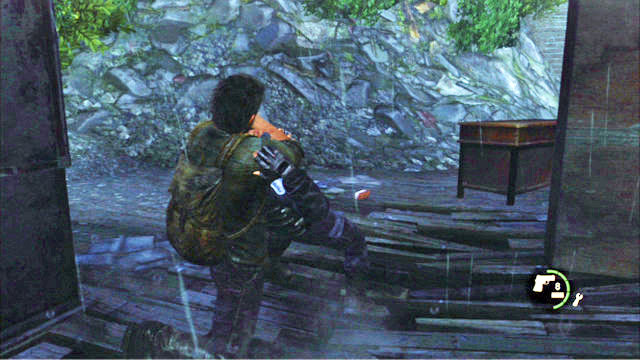 Take cover and wait for the first one of the enemies to come closer. Now throw a brick or a bottle the other way. As soon as he turns away, you can strangle him quickly. Crouch next to the destroyed exit and wait for the other soldier. Sneak up from behind and eliminate him the same way as the previous one. 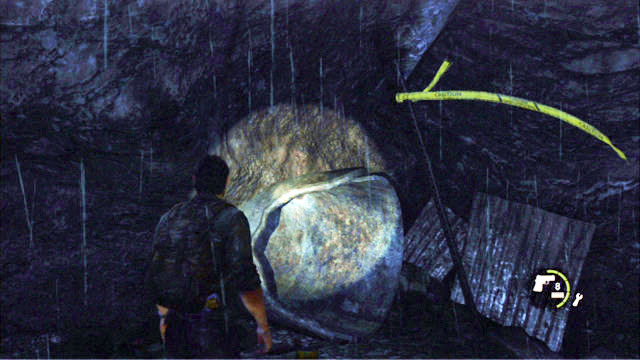 Now, it is enough if you go ahead and keep to the right side, and you will reach a tunnel that will take you to the next location. If you are spotted on the way, get up and run the correct direction. You should not take too much damage in the process. 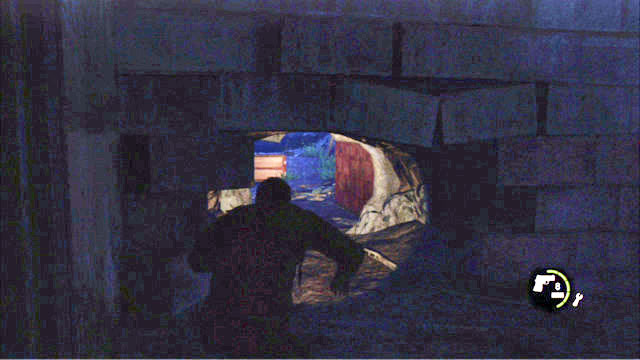 At the other end of the tunnel, dash up the stairs and squeeze through the hole in the wall. There are further soldiers waiting for you here. 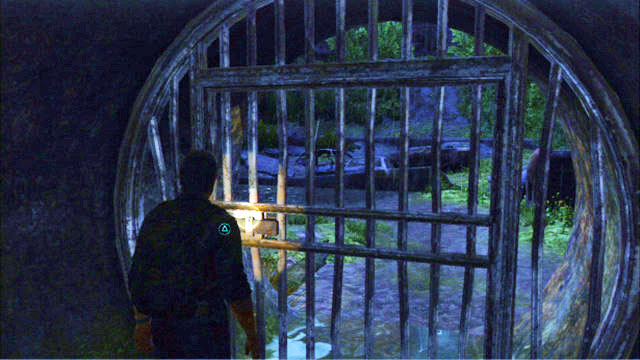 Squeeze past them and keep to the left. Run ahead. The wide pipe will take you to the gate, whose crossing will start a short cutscene.