This unofficial guide to The Last Guardian includes a comprehensive walkthrough for the game. In this walkthrough, you can find key information and hints on, among others, exploration of the game world, solving puzzles, issuing commands to Trico and on eliminating of opponents. (what makes this difficult is that the boy the player controls is completely defenseless and has to rely entirely on his companion). The walkthrough also contains locations of the barrels (they are marked in green in the guide). You will be helped to overcome obstacles by plentiful screenshots, which have been marked for locations connected with puzzles, passages to further locations and important items that you either have to pick up or interact with.. This has been complemented with pages that present controls, system requirements and available trophies.

The Last Guardian is the result of year-long works of the studio headed by Fumito Ueda, which has already made the name for itself with Ico and Shadow of the Colossus. It is a third-person perspective action game including elements of a platform game. In The Last Guardian, control a young boy and explore ancient ruins which hold many secrets and puzzles. The major attraction of the game is the boy's companion - Trico. Trico is a huge creature, resembling a combination of a dog and an eagle, who can help the boy reach spots inaccessible to him and eliminate hostile creatures. As the game progresses, the bond between the boy and Trico becomes stronger and stronger, which results in new ways to interact with the creature.

Note - Any official division into stages is absent from The Last Guardian. Individual scenes do not have any actual names. If you require help in solving any specific puzzle, find the moment in the game that you are currently in in the list of contents of this guide. We have ensured that titles of individual sections in the list of contents are as helpful as possible in this respect and you don't have to check out the guide from the very beginning.

About The Last Guardian Game Guide 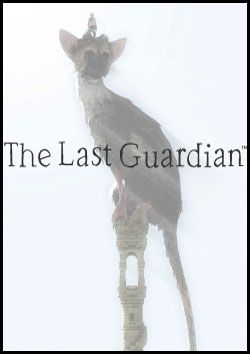 The Last Guardian (previously known as Project Trico) is another work from Team Ico, the developers of Ico and Shadow of the Collossus. The game lets you play as a young boy, it is, however, a giant, eagle-like creature accompanying the boy, on which the events focus. While the little protagonist, controlled by the player, is able to climb platforms, squeeze through holes, and make short jumps, there are numerous cases when he has to rely on his companion – either when it comes to moving an obstacle or reaching seemingly inaccessible places. Interestingly, the creature is with no doubt intelligent, has its own, unique character traits, likes and dislikes that have to be taken into account. We can look after the creature by feed it, or remove arrows from its body, when it gets wounded.

Much effort was put into carefully implementing movements and appearance of the protagonist’s flying friend (e.g. feathers on its wings move in the wind), as well as preparing realistic physics simulation.