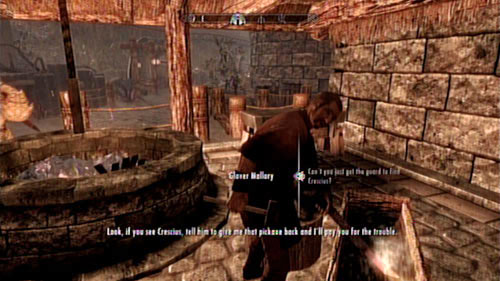 A relatively easy mission which can be completed in a matter of seconds. To receive it, speak with the blacksmith in Raven Rock - Glover Mallory - who's the brother of Delvin Mallory from Riften. The man will ask you to bring him the Ancient Nordic Pickaxe which is in possession of Crescius Caerellius. You will soon learn that he's the owner of the ebony mine. Head there and go inside. The gate can be found in the northern part of the city Raven's Rock Mine. 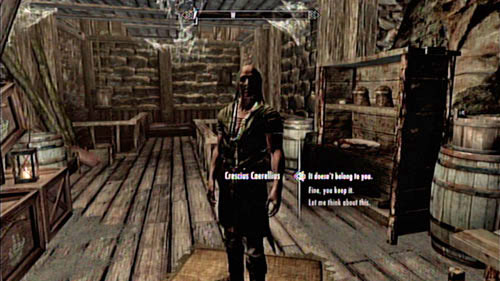 Head down into the mine to witness an argument between the marriage - apparently Crescius can't communicate with his wife. Ask him what happened and you will receive the side mission The Final Descent. Accept it and mention about Mallory's pickaxe - you won't have too much trouble with getting it back. Afterwards take it back to the quest giver. In return, you will receive... the artifact itself. Don't underestimate it - it lets you mine the precious stalhrim. There are only a few such items in Solstheim!