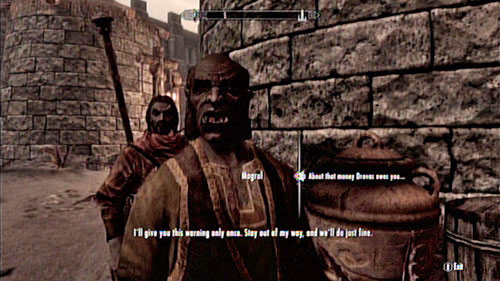 Notice! This mission will be available only after completing Reluctant Steward!

After finding a new steward - Drovas Relvi - for Neloth, it would seem that you have helped both men. Unfortunately, as it turns out rather fast, being good isn't always the right way. In Raven Rock you will be approached by a Mogrul to whom the mage's servant owes money - 1000 gold. As the Dark Elf is currently away (and because of you), you will have to pay his debt. 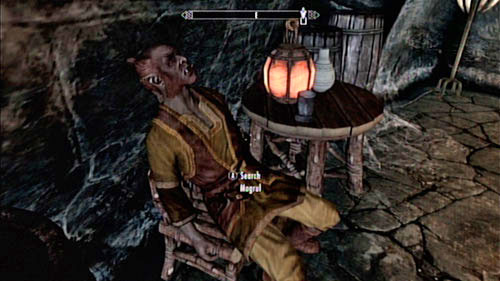 There are a few ways in which you can complete this mission. You can pay Mogrul and therefore end the conflict - that's the easiest way. If you're low on money, you can travel to Tel Mithryn and collect 250 gold from Drovas in this case you have to ask Mogrul for a bit more time). You can also try threatening the man - it should lower the total amount by half. Eventually you can kill the Orc and his bodyguard - that way you will however have to pay a fine at the city guards (unless of course you kill them silently).

If you don't complete this mission relatively fast, the impatient Orc will start sending bandits on you. It's a good chance to earn some money, especially that they won't be too dangerous.