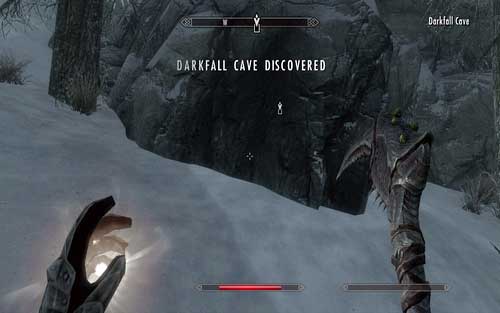 This time your mission is to find the bow of the goddess Auriel, which is located in the Darkfall Cave. The cave can be found west of Dragon Bridge. Keep heading that way and you will eventually reach a stream, nearby which the entrance to the cave has been hidden. 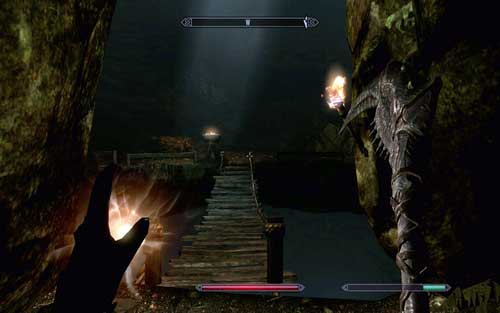 Inside, keep heading onwards until you reach a wooden bridge. Cross it twice and the rope will break, causing you to fall into the stream. 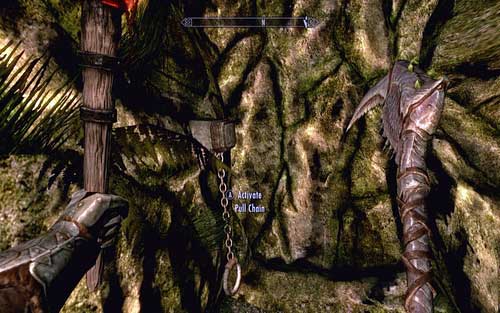 Swim with the current and you will reach the shore once again. A narrow path will lead you to a hidden passage. Unlock it by pulling the nearby chain. 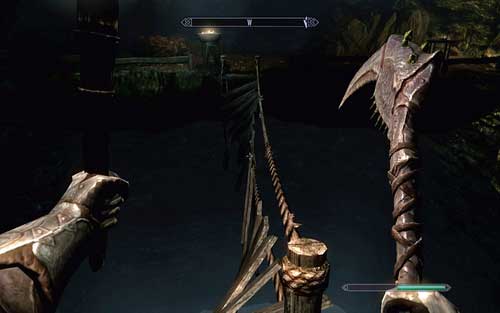 Make your way through the spider webs and you will reach a broken bridge. From there, keep heading west, deeper into the cave. 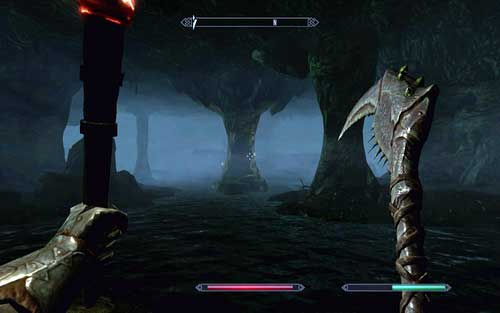 At its end you will come across a big cavern filled with water and in its left part a pale elf named Gelebor. 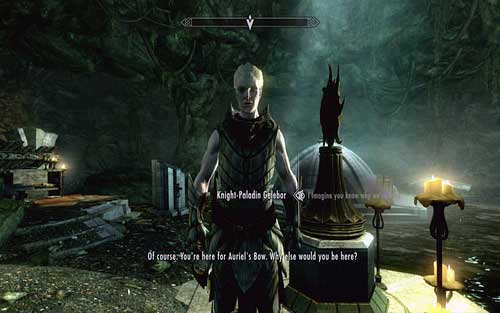 Speak with him to learn how to obtain the bow.

New primary objective: Survive the journey through the Darkfall Passage 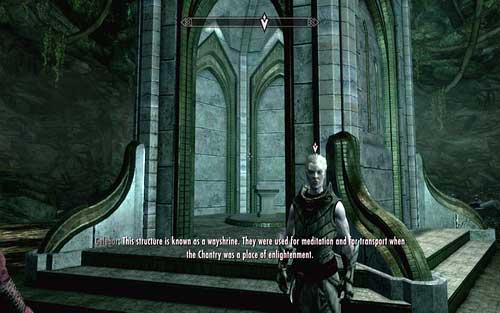 In order to reach the Darkfall Passage, go through the portal found in the shrine. 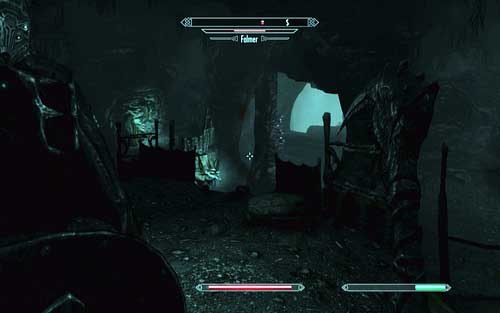 A narrow path will lead you to a big village, where you need to turn left. 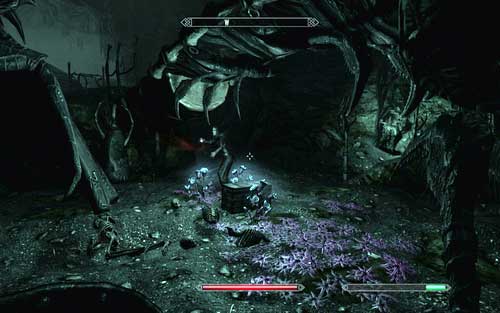 Soon you should reach a treasure chest. Be careful when opening it, as there's a trap beside it. 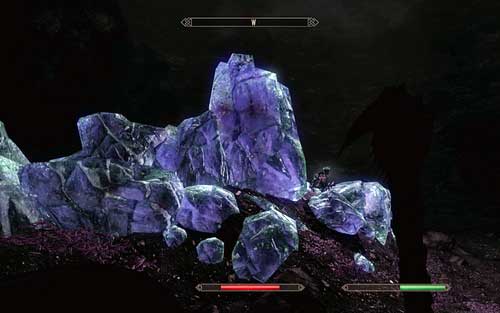 Further road leads up and to the right. Behind a stone bridge you will find a big shining rock which you need to walk around and go down. 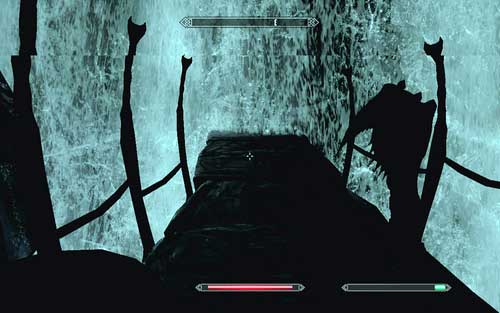 That way you will reach a bridge built under a waterfall. 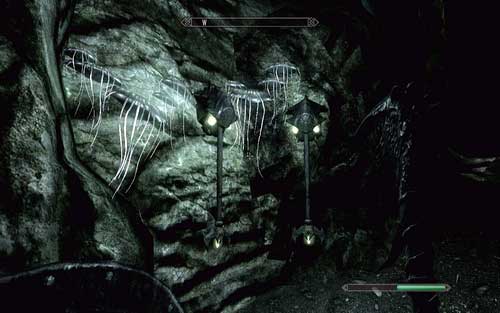 When you reach an intersection, choose the path left and avoid the trap set in the corridor. The tunnel will lead you to two ropes with weights on it. You will have to use them to unlock passage to the big cave. 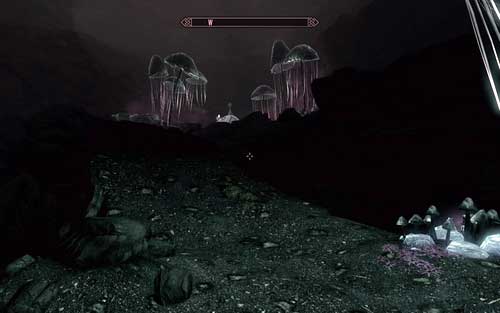 After heading inside, go to the other side of the location and climb up. The you will find the first shrine and its guardian.