The following guide contains a thorough walkthrough of the missions of new factions introduced in the Dawnguard DLC: the Dawnguard and the Vampires. Apart from that, it includes all side missions, those for a vampire hunter as well as for a vampire lord. Thanks to this guide you will also obtain the new demonic mount Arvak, which will make navigating through Skyrim and the mysterious Soul Cairn easier. 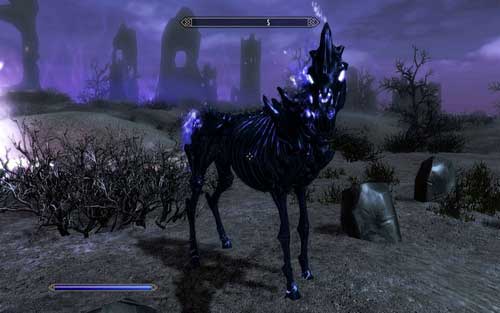 The guide contains the following colours:

Red refers mostly to NPS who you will come across throughout the game, though it also has been used to mark enemies, wild animals and monsters.

Blue refers to locations, both the main ones, which appear on the world map, as well as the less important, including single houses or further dungeon levels.

Green refers to all items which you find during the game, which go into your inventory after being collected

Orange refers mainly to names of Shouts, Words of Power and vampire skills, though other skills and spells have also been marked with it. 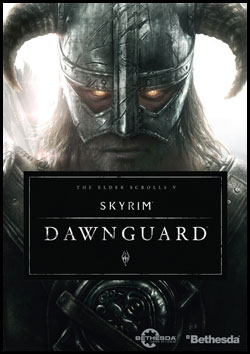 The Vampire Lord Harkon has returned to power. By using the Elder Scrolls, he seeks to do the unthinkable - to end the sun itself. Will you join the ancient order of the Dawnguard and stop him? Or will you become a Vampire Lord yourself? Featuring an all new faction questline and locations, the ultimate choice will be yours.

New Weapons, Armor, Spells and Shouts
Join the Dawnguard and wield all new crossbows and craft your own arrows, bolts, and Dragonbone weapons. Use new weapons, armor, spells and shouts, including the Soul Tear shout – that rips the souls from your enemies and turns them into your minions.

Change Your Appearance
Visit Riften’s Ratway and find the woman who can change your appearance, altering your face or hair.