You'll hear about the city guard corruption from random townsfolk, and be told to talk to Llevana Nedaren about it. She'll tell you about Ulrich, a corrupted city guard captain. Garrus Darelliun, his second in command, might turn out to be your ally, though. Go to Castle Cheydinhal and talk to Garrus. Raise his disposition and he'll tell you about the suspicions around Ulrich's motives and will suggest that you should bring a drunkard named Aldos Othran to him. 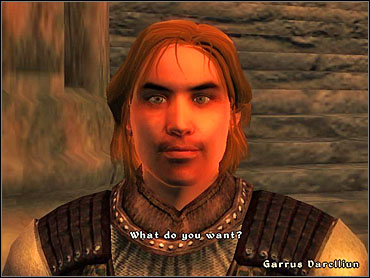 Aldos can be found wandering around Cheydinhal streets. He'll tell you to follow him and you'll witness his final mistake - attacking the city guard. As a result, poor Aldos gets killed. Find Llevana and tell her about what you've seen. She'll tell you to go to Ulrich himself and deliver him her message. When you're back to Garrus, he'll tell you that it would be better to find real proof of Ulrich's guilt before taking drastic matters.

Ulrich can be most likely found in barracks near the Castle. If you decide to take part in Llevana's plan, tell him to follow you to her house. In there, you'll witness an assassination. Garrus won't be happy about this. He'll report to the count and tell you to meet him in an inn a few hours later. You'll get some gold for your time. 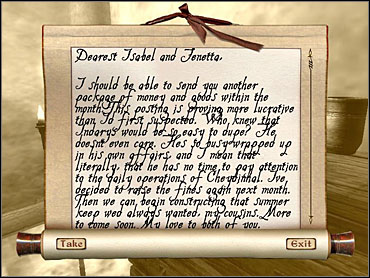 Way to go about hiding your stuff, Ulrich.

Garrus' way is better, but requires considerable Sneak skill. Steal the key to Ulrich's quarters from the captain himself (or try to pick the lock), and sneak into his room (left door on barracks' ground floor) and take the Suspicious Letter from there. Take it to Garrus. Meet him in an inn a few hours later. You get more gold than from following Llevana's plan.

A Brush with Death

You'll hear a gossip that a famous painter named Rythe Lythandas has gone missing. Go to his house and talk to his wife. If you agree to help her, she'll give you a key to his study. Touch the painting in there and you'll be teleported to a mysterious forest. Rythe is standing just next to you. Talk to him to know that this is an enchanted world, painted with his magic brush that has been stolen. 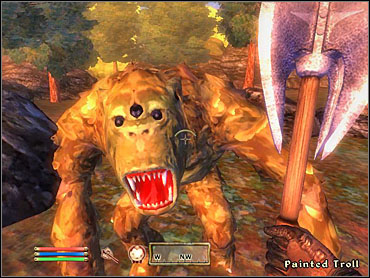 This Troll can bite, no matter he's just painted.

Take a walk through this cool looking forest, fighting off the trolls. You'll find the thief's body - take the brush from it and go back to Rythe. When you're both back to his home, you'll get an Apron of Adroitness.