Your next mission is to kill the former Imperial City Guard captain, Adamus Philida. He can be killed in any way possible, but we'll do it with some finesse. Head to Leyawiin and wait until about 3 P.M. Find the captain, who is marked on your map. He's taking a bath in a pond! Arm yourself with a bow and an arrow called Rose of Sithis, which you received from Ocheeva minutes ago. Use it to kill him from a distance (Sneaking won't hide you in the daylight, and you don't want to have the whole guard after your head, so it's best to use an invisibility spell like Chameleon on yourself). 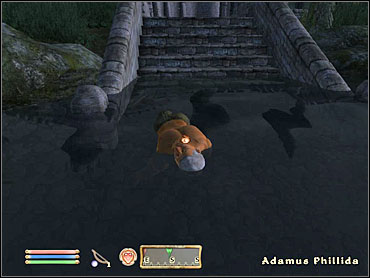 Approach Adamus' body and take some useful keys and his finger. Go to Imperial City Prison and sneak into Imperial Legion Offices, using the left door. Sneak to the guard captain's desk and leave the finger in there. That's called a "message", you know.

Of Secret And Shadow

When you ask Ocheeva abort your next assignment, she'll tell you that Lucien sent a letter for you. Read it and go to Fort Farragut. If you want to avoid getting stuck in a long and undead-filled dungeon, use the passage that leads directly into Lachance's chambers (marked B on the map below). 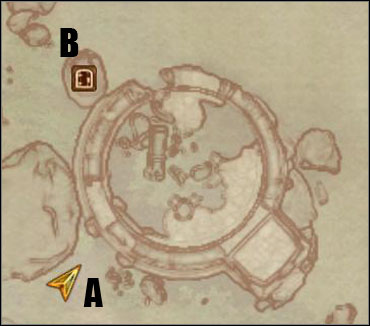 I bet you've grown custom to all your buddies from the Sanctuary, haven't you? Well, too bad for you, 'cause now it's time to kill them all! Lucien will support you with some additional 'accessories' - a poisoned apple and a scroll. You can use them to help you, but it's far easier just to kill brotherhood members one by one, preferably utilizing some sneak-kill bonuses.

If you want to use the apple, though, you have to take all the food that is laying on the tables in the Sanctuary and leave your 'trap' on one of them. Sooner or later, someone will go for it. The scroll can be used using the fight, just as any other spell. 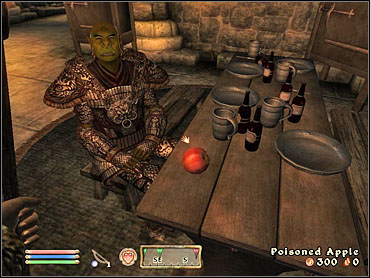 Try to avoid the skeleton called Dark Guardian, who's walking around the place. He's the toughest opponent of them all and you don't have to kill him to complete this quest. He won't attack you on his own as long as you keep the fight far from him.

Each brotherhood member holds a key to his or her chest in the living quarters, once you kill them all it's useful to go in there and check out what you can make of them.

When you finish 'purifying' the Sanctuary, go back to Lucien, and he'll advance you to his personal Silencer, and will give you a great, black horse called Shadowmere as a reward. From now on, missions will be given to you using dead drop letters. The first one is awaiting you in Hero Hill. 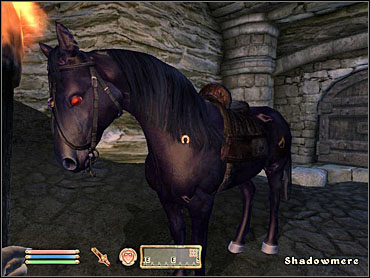 Affairs of a Wizard

You'll find the letter with your instructions in a rock at Hero Hill. You have to go to Leafrot Cave. There's a book near the map marker, look through it. You'll know that in order to kill the mage you have to steal a magical hourglass from him. Go to the second level of the dungeon, Leafrot Hollow. 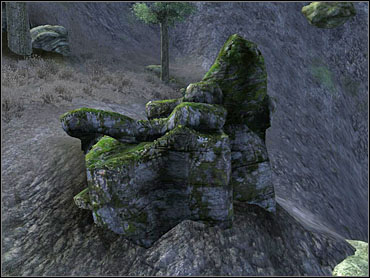 Search here for your instructions.

Sneak up on the mage from behind and pickpocket him to get the hourglass. He'll drop dead instantly. If he detects you, you'll have to deal with him the traditional way.

Your reward (500 Gold) is waiting for you behind the great tree of Chorrol. With it, you'll find instructions for the next mission.