You've heard about a blade known as Mehrunes Razor and are about to find it. Go to Sundercliff Watch (marked on your map). Enter the caves and go straight ahead before you reach the door. Take a look inside the Abandoned Knapsack to the right and look through the journal there to get a password. Try to open the door and say "Chimer" when asked. 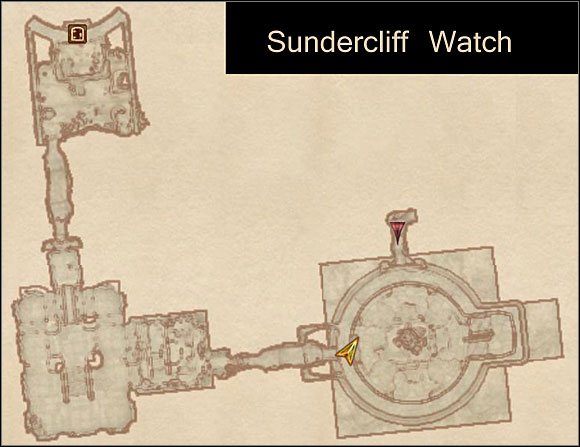 Slash through all the enemies and go towards the map marker that will lead you to the lower level (Sundercliff Village). You'll reach an underground town. Its citizens are all hostile, so watch your step and don't get surrounded by too many at a time. Sneak to Sundercliff Commune. Defeat some more Drothmeri soldiers and get to Frather Drothan's Quarters to find the local leader's journal.

You now have two markers on your map. Go to Commander's Quarters and defeat the soldier there. Go to the first floor of his house and grab the Enchanted Bezoar. Now go back to Sundercliff Village and get through the town to reach the Sundercliff Forge. Now go to Sundercliff Mines (this is not the door marked on your map, you can't reach that one yet). 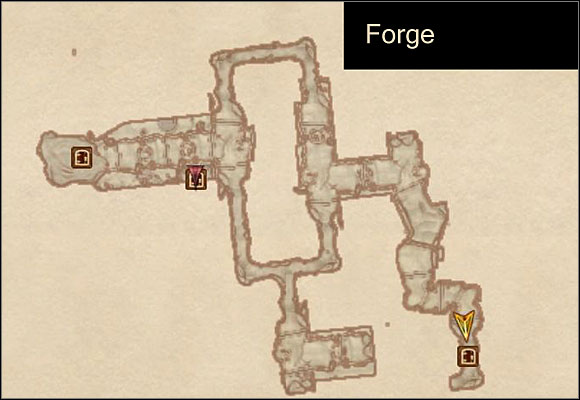 Now to get to the marked door, you first have to reach the mines' upper level. You'll do that by first reaching the almost-destroyed tunnel in the South-Eastern corner of the map. You'll end up at a higher level - go trough the rope bridges to the door, back to the Forge. 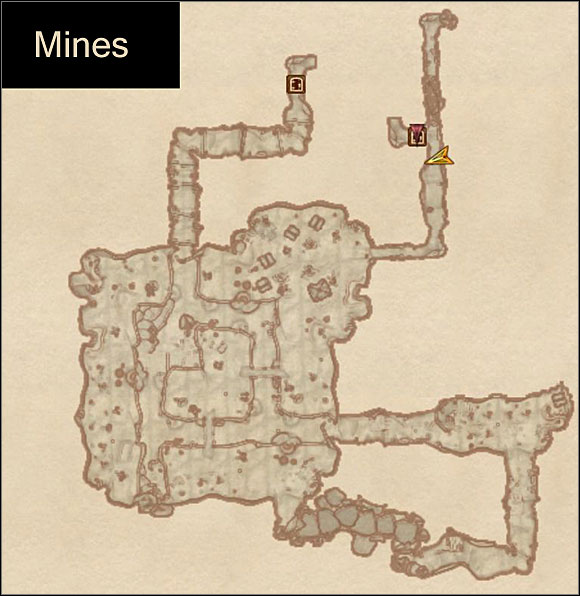 Go along the way until you see the Forgemaster. Kill him and enter his tent to get the second Bezoar from the table. Get back to the village using the corridor to the North from the tent - you'll open up the passage by pulling the rope coming out of the ceiling. Go forth, passing through both Village and Commune. Place the Bezoars on the two pillars at the end. You'll reach the Excavated Ruin. Not much action here. Just go on until you enter Varsa Baalim. 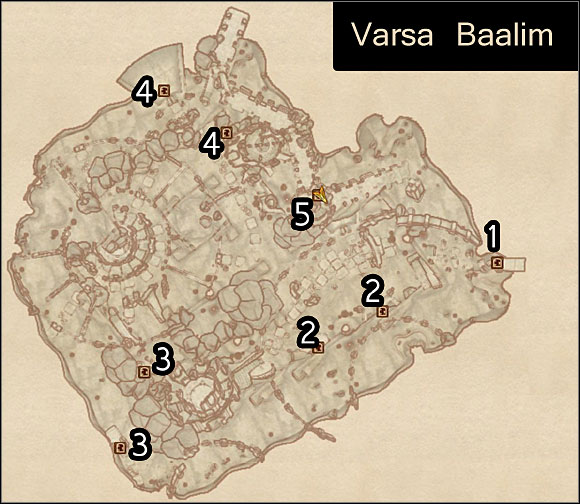 You begin in a spot marked by #1. You'll see a Drothmeri unit fighting off some vampires. Wait for them to weaken each other and then kill all that remain alive. You'll see the entrance to Cave Armenia (#2) - you don't have to enter it, though, as there's nothing worth fighting for in there. Go West until you reach Cave Beldameld (#3) - go through the short corridor to leave it from the other side. Continue on through the city, this time heading North, then East. Enter Cave Marspanga (#4) when you see it. When you're back to the city, climb up the plank. Follow the stone platforms until you reach a huge, bright crystal. The entrance to Nefarivigum (#5) is just by it.

Go down the stairs and enter the creepy room ahead. Drothan's in there - you have to kill him. Take the key and some cool equipment from his body. Read his journal - it's laying on the floor somewhere around here. Take the heart from Msirae Faythung (the statue that Drothan was "talking to"). There's a metal gate nearby - you can try to force it open or eat the heart that you've just taken. Either way you'll end up fighting the statue, which proves to be quite tough indeed. When you're done, go through the door to finally get the blade (that's why you came here in the first place, remember? Phew, that was a long one!). At the back of the room you'll see a passage to Forgotten Tunnels that will quickly take you straight to the surface. 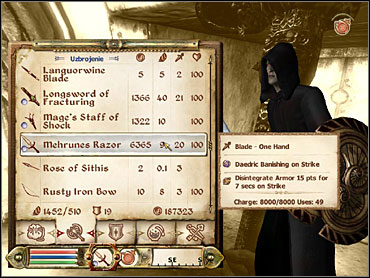