The crate must stop near one of the large structures [#664]. Jump on top of the crate and from there you should be able to get to the roof of the bigger object. Take a bounty card (Crank Ricters) after which proceed towards a nearby elevator. Press a button and wait for the elevator to transport you to a new location. 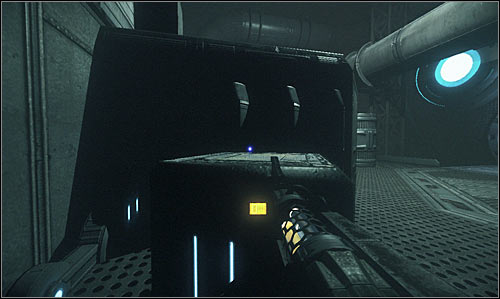 You'll soon have to deal with new drones. You can still try creating a minefield [#665], however I would recommend using an assault rifle for a more direct approach. Don't forget to zoom in the view and prevent hostile units from moving in too close. Once they're gone head forward, however watch out for a new spider-bot which will appear to your right. 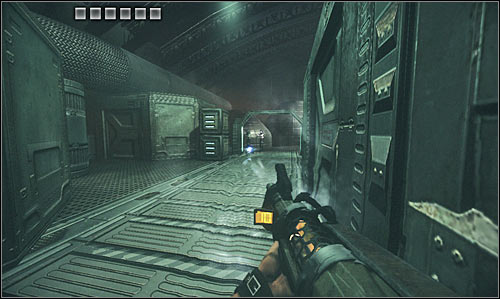 An Alpha Drone will be waiting for you just around the corner. Ignore the fact that you can't find a good cover. Just keep running while staying on the large ramp [#666] and you should be fine. Thankfully the drone shouldn't use its minigun, so you can get closer. Attach five bullets, detonate them and perform an execution on the boss. 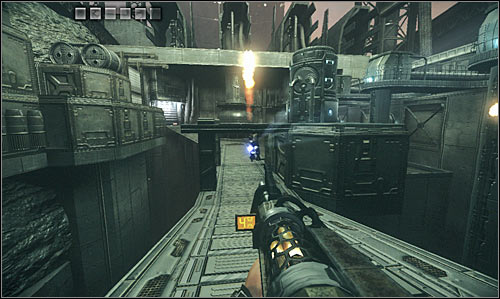 Head to the area where you've defeated the boss. Collect a drone grenade and throw this object at a set of barrels [#667]. Wait for an explosion to occur in your vicinity and notice that you can explore a small stash. Take two items from this stash - a cartridge and a bounty card ("Lucky" McFall). 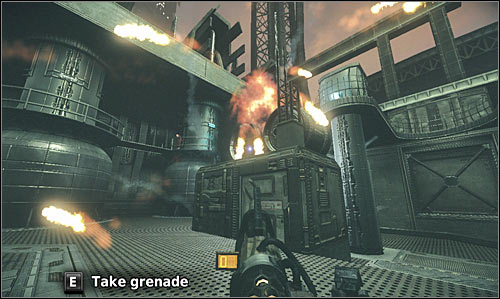 Use the ladder to get on top of a large container. Once you're there take some time trying to locate a narrow passageway [#688]. Go there and you'll be able to reach a new location of the map. Jump down upon your arrival and go to your left. 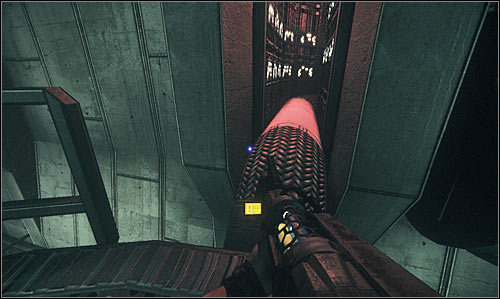 Head on towards a smaller set of pipes and you should notice three enemy guards standing below [#669]. You shouldn't have any major problems eliminating them, especially if you detonate some of the first charges before they have a chance to fight back. Head down once they've all been killed. 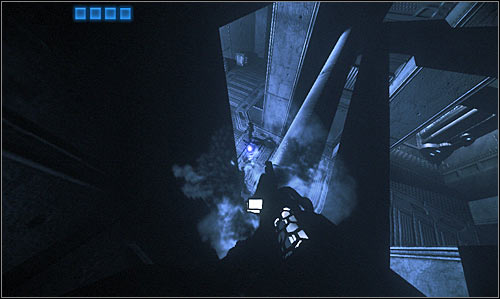 Take your time exploring your surroundings. There's a NanoMED health station nearby if you're in need of healing. Once you're fully operational proceed towards a large console. Pressing one of the buttons will activate nearby machinery. Get to the moving platform [#670] and wait for Riddick to be transported to a new area. 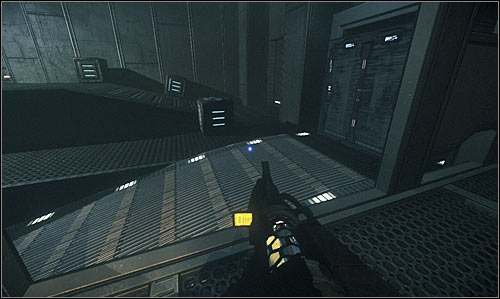 Once you've reached a new warehouse HIDE IN THE SHADOWS. Do this before you'll be noticed by a new Alpha Drone. Try to take the beast by surprise [#671] and prevent Riddick from losing more than one health unit during the course of this duel. Thankfully, Alpha Drone shouldn't enter the shadows, so it'll be easier to avoid it. Finish it off with exploding bullets. 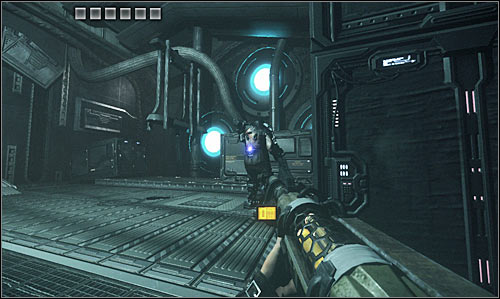 Getting rid of the first Alpha Drone will result in... a second beast arriving inside the warehouse. Similar rules apply to this battle, so avoid losing too much health and keep using your SCAR rifle to plant more bullets on the drone. Detonate all five of them and finish off your opponent [#672] before the drone stands up again. 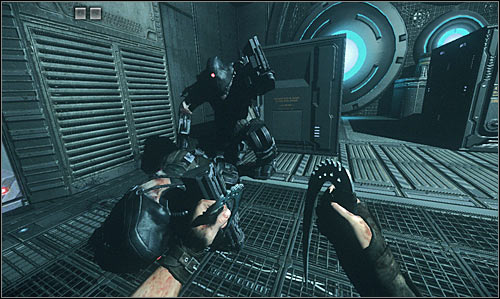 It's not over yet! You'll now have to defend yourself against a mech controlled by Spinner. Thankfully this is going to be the easiest duel from all three. Use the fact that your opponent is moving slowly. Leave your cover for a short period of time in order to plant a bullet on the mech [#673] and immediately hide to avoid injuries. 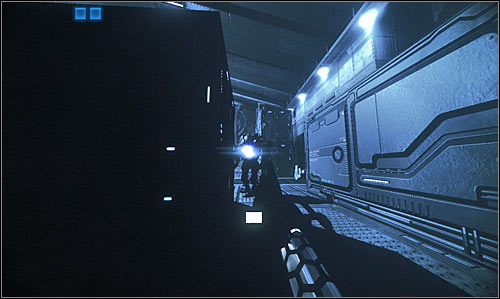 You won't have to wait for all five bullets to reach their target before detonating them. It should take about 15-20 explosions before the mech is finally destroyed. Once this is done approach the mech and press the action key in order to collect a keycard. Go towards a large gate [#674] when this item is in your possession and use a panel on the wall to unlock a passageway to the next area. 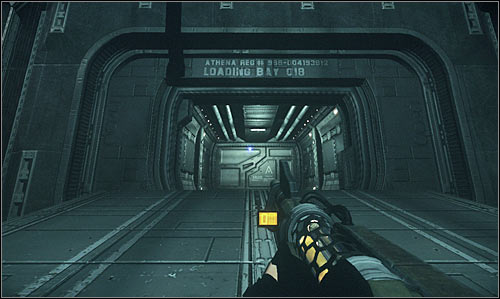