Switch to an assault rifle once you've taken out all the drones. Lean out carefully, zoom in the view and eliminate one of the human guards. A single shot to his head will be more than enough to eliminate him from the game. Go to your right and find a large black crate [#531]. Use the crate to get to a small balcony with a bounty card (Drayson Grey). 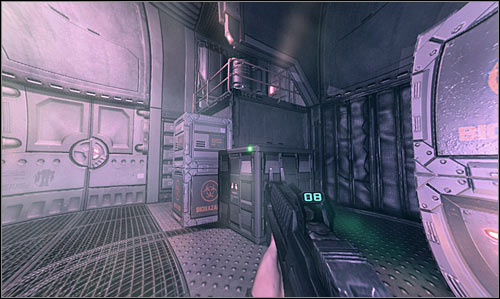 Return to the ground floor. This time you'll want to get to the balcony where the guard was standing. Just as before, you must use some of the nearby crates [#532] to get to the top safely. Once you're there perform three actions - use a NanoMED health station, destroy the lamp and use a control panel. 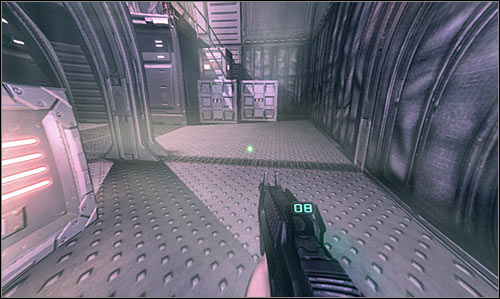 Notice that using the panel has resulted in a new opponent showing up in this room. Jump over the railing and take cover in the shadows. Get to him carefully and use a shotgun to go for a quick kill [#533]. Don't hide this weapon in your jacket just yet, because it'll come in handy. Go to the next corridor and you'll find out that you must take part in a chase with an enemy mech! 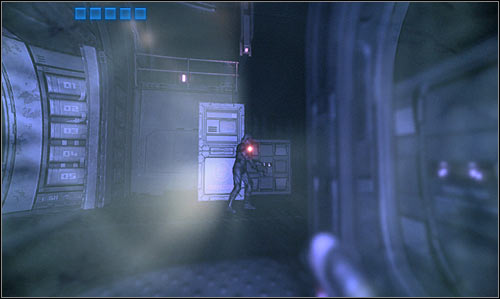 Start running forward as soon as you're given control over Riddick. I wouldn't recommend running in a straight line, because you would be an easy target. Nevertheless you must acknowledge the fact that you'll lose 2-3 health units. Kill two soldiers along the way [#534]. A shotgun is the best choice of weaponry here, because you won't have to make any stops. 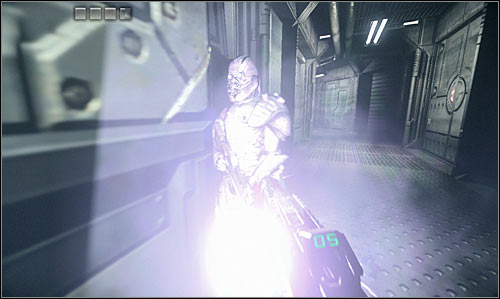 Once you've reached a large warehouse go to your right and this will allow you to find a new bounty card (Flamer Patrice). Notice that you don't have enough time to retreat, so it would be a good idea to reload the last checkpoint when you have the card in your possession. 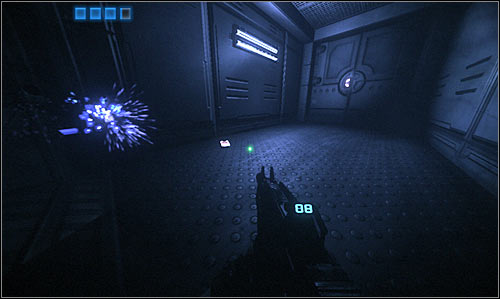 Finish the chance one more time, however this time choose the left ramp when you get to the warehouse. Once you're at the top press the crouch key and wait for the mech to stand on a large trap door in the center of the room. Use the red button [#536] to trigger a cut-scene. Get ready for a final phase of this confrontation. 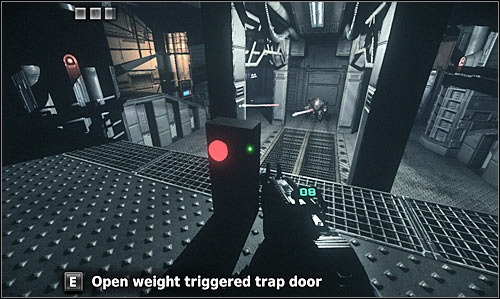 You'll now have to begin aiming at the guy who's operating the mech. It's going to be very risky, because you must attack him from the front [#537]. Keep using your assault rifle. In case you run out of ammunition look around this area to find more supplies. Once you've won approach the mech and press the action key to get on board. 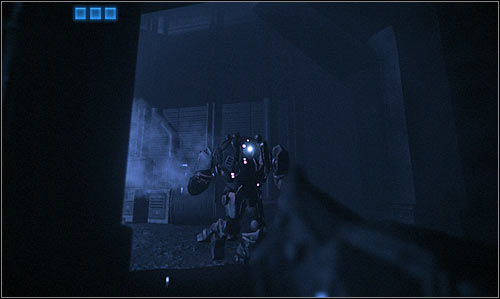 Get ready to take part in series of fights while operating a mech. You can't feel safe inside the machine, because unlike similar missions from the previous campaign your mech will be losing energy units rather rapidly. As a result it will be important to eliminate enemies quickly and without the main gun overheating. Start off by heading towards a large gate [#538]. 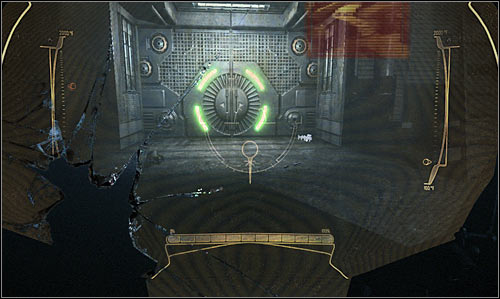 Get ready to defeat a few groups of enemy guards along the way. Take it slow and secure each area from a larger distance. Don't forget to move around, so you won't be an easy target. The last group will be waiting for you near the ramp. Kill them and you'll get to a mech repair station [#539]. Notice that not only your mech has been repaired, but you've also gained access to rockets. Head on towards a large gate. 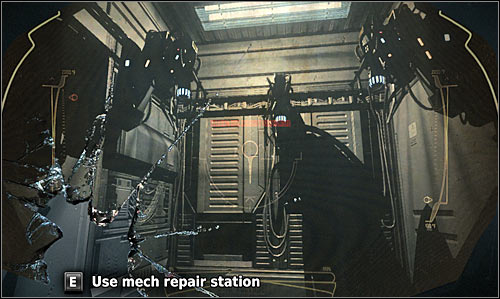