Make sure to destroy a nearby lamp quickly upon your arrival to this new corridor. Take cover to your left and wait for two guards to show up [#515]. They won't be using any flashlights, so due to the fact that it's dark here killing them won't be a problem. After the fight examine their bodies, heal using a NanoMED unit and go to your right. 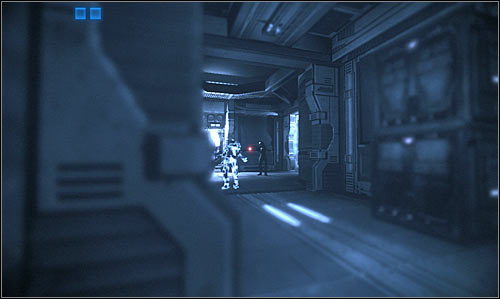 This is also going to be a bright room, so staying in the shadows will be nearly impossible. You could try destroying smaller lamps along the way, but in my opinion it would only be a waste of your time. Keep using a shotgun or an assault rifle and leave no one behind. Eventually you'll have to get to an opposite exit from this room [#516]. Make sure you're using a real weapon before you get closer to a new door. 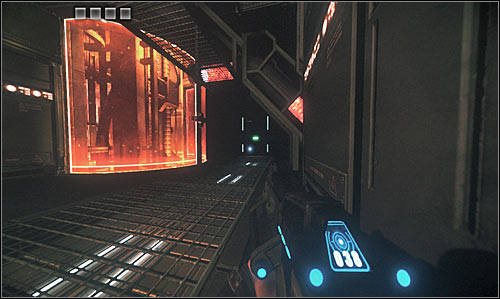 More enemy guards are taking cover in the next room and there two ways of getting rid of them. You could try shooting at a glass object in the center of the room and they would have been sucked out into space. If you can't find the dome or if you don't want to risk too much, open the door, retreat to the previous room and wait for them to show up. Take cover to the right and use your shotgun to kill all enemy units [#517]. 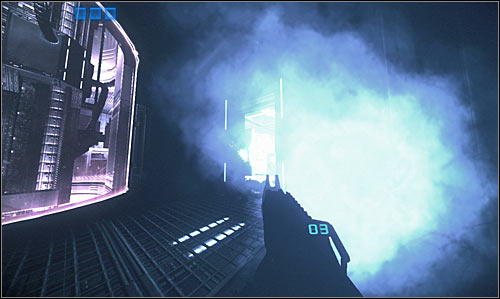 Go back to the room where you saw the guards and proceed to the next door. If you have decided to leave the dome untouched you'll have to be careful during some of the upcoming fights. If the dome gets destroyed you'll die without having a chance to escape. A new room is also being occupied by a few guards. Use your shotgun to kill closer targets and keep hiding behind the crates. Once you've dealt with the first group you can start using a tranquilizer gun again if you want to [#518]. 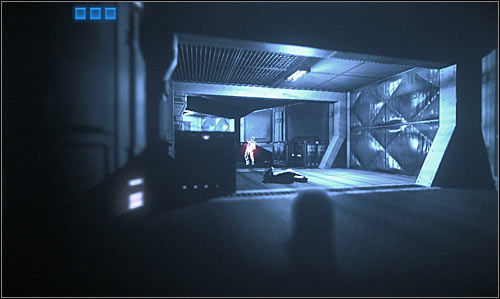 Once it's safe to leave your cover make sure to explore this entire area and you should be able to find a new bounty card (Programmer Jay) [#519]. Proceed to the only available exit. Thankfully you won't encounter any other hostile units here. Instead you'll get to a much larger room without any additional problems. 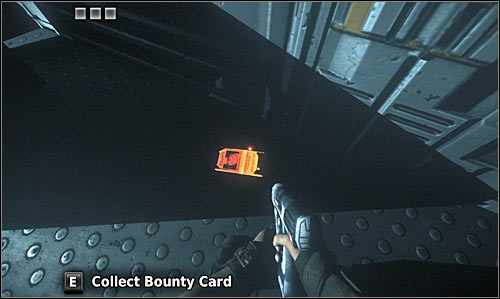 Ignore one of the scientists for the time being, however maintain a crouching stance in order to avoid unwanted attention. Head forward and you shouldn't have any problems locating a bounty card (Hans Larsson) [#520]. Once you have the card approach the scientist. Use your tranquilizer gun to stun him and finish him off when he's lying on the ground. 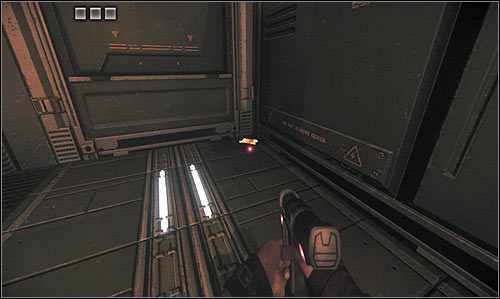 You can use a nearby NanoMED health station if you've suffered some injuries during your last large fight. Approach a large console where you saw the scientist for the first time. Press the action key, turn around and make a few steps forward. Wait for a Drone-track to show up and press the action key once again to hop on board [#521]. 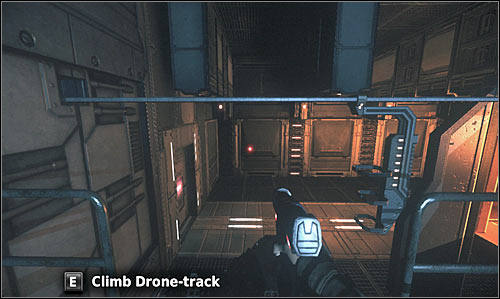