Be careful, because one of the guards is hiding in the next room and it's not going to take him long to find you. Make sure he's been eliminated and proceed to the next section. I would strongly recommend crouching and staying in the shadows. A second guard should enter this room, however he won't even notice you if you're lucky [#67]. Kill him and continue your journey. You'll soon find a new NanoMED unit. 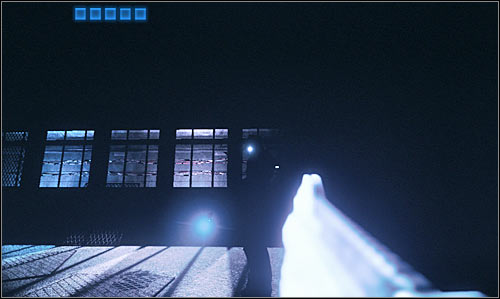 You'll soon have to take part in a new boss fight. Sadly, before you'll be allowed to do that, you'll have to dispose of a few standard enemy troops. Enter the room to your left [#68] and notice that you've been trapped here, without being able to return to the medical station. Get ready for some serious shooting! 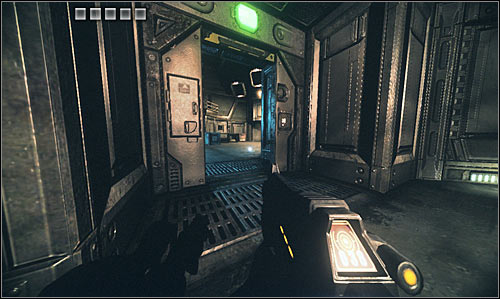 Start off by running forward, because one of the guards will throw a grenade at you. I would recommend taking cover next to a large stack of crates [#69]. It shouldn't be too difficult to kill all enemy units from here, especially since the guards will be appearing directly in front of you. Fire longer bursts and don't forget to zoom in the view for better aim. If you're lucky and skilled enough, you won't lose a single health unit here. 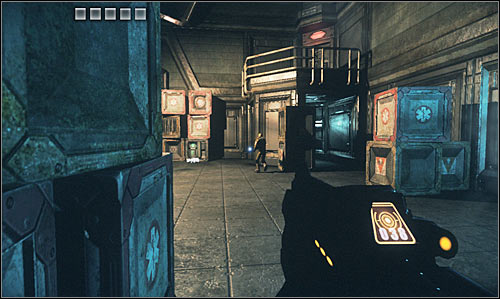 Once you've defeated all enemy soldiers you'll have a few seconds to get ready for the boss fight. Collect ammunition from all the bodies and take cover in a dark area located in one of the corners of this room [#70]. You'll soon see your opponent - it's going to be a relatively large mech occupied by one of the hostiles. 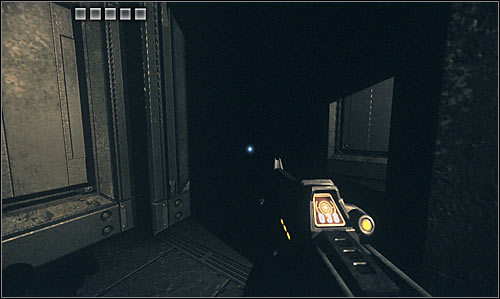 The only weak spot of the mech is located on its back and it's marked by several red lamps [#71]. Wait for the mech to face in another direction and begin firing at it. Sadly it won't take too long for the opponent to turn around and fight back. 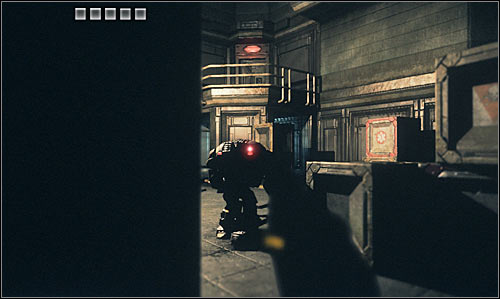 You'll now have to play a game of hide and seek. Occupy the dark corner and look for possibilities to attack the boss from the back [#72]. Avoid his attacks and direct confrontations, because these types of situations will result in your character dying very quickly. Once you've defeated the mech, you're going to be rewarded with a cigarette pack (27 - Light Guard). 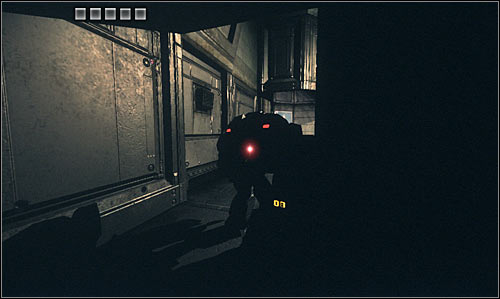 Sadly you won't be allowed to regenerate even when you've defeated the mech, so focus only on replenishing your ammo supplies. Proceed towards a small elevator which was used by the boss before [#73]. Use the control panel and wait to be transported to a new floor. Head to the exit to end this level. 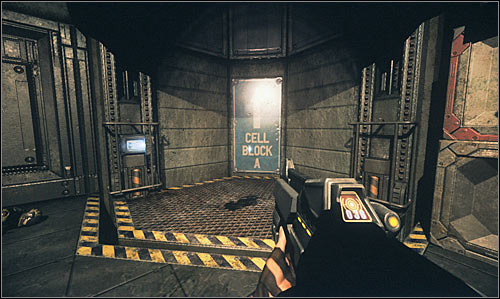