Approach the exact same table where you first saw the guard. There's a cigarette pack here (6 - Cryo Pyramids Detail) [#13]. Once you've collected the pack locate nearby boxes and start climbing towards the one on the top. 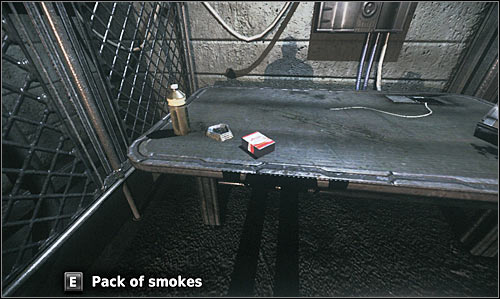 Once you're standing on top of the last crate press the action key to grab the railing above you. Now you'll have to move to the right in order to get to a large opening [#14]. Press the correct movement key to order Riddick to climb up and to hop over the railing. Enter the elevator, use the panel on the wall and wait to be transported to a new floor. 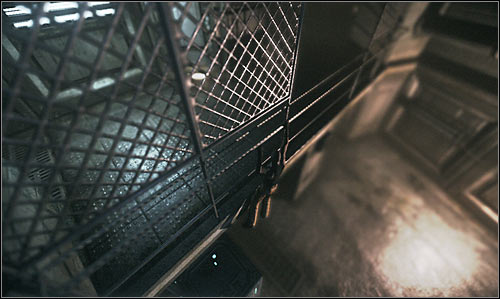 Start moving forward and you should end up standing outside the building. Notice a guard patrolling the area in front of you. Wait for the guard to move to your right. Approach him silently [#15] and use one of previously tested methods to get rid of him. Notice that you will be allowed to take ammunition for your shotgun. 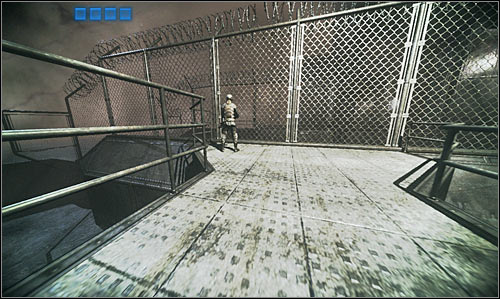 Turn around and locate a nearby ladder to get down to a lower level. Proceed to your right and you should end up standing in front of a closed hatch. Fire at the hatch using your shotgun [#16] and you'll be allowed to head inside. Ignore a new hint concerning using a flashlight, because you'll want to remain hidden, at least for a few more seconds. 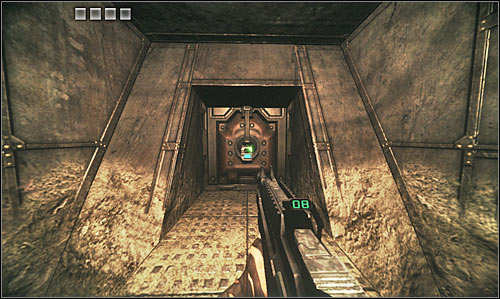 Start moving forward and you'll notice that the first guard has appeared in front of you. Holster your weapon and wait for him to go to your right. Follow the guard (make sure that you're crouching!) and perform a stealth kill [#17]. It's important to choose a silent execution here (right mouse button), so his death won't alarm other guards right away. 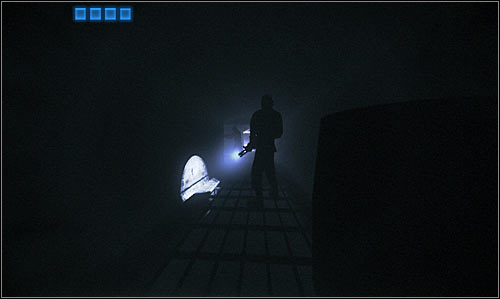 There are two more guards standing not far from your location. The easiest way to get rid of them will be to fire at a nearby explosive barrel [#18]. Kill the guard to your right if by some chance he survives the explosion. Inspect both bodies to collect more ammunition for your shotgun. Afterwards proceed forward and be ready to dispose of an another guard. He'll appear directly in front of you. 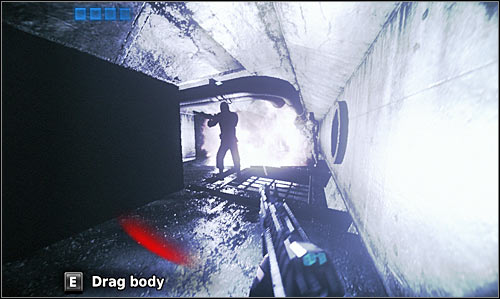 There's an explosive barrel just around the corner and it would be a good idea to destroy it right now. Proceed forward and get closer to a second corner. Lean out and aim for the head of the final guard [#19]. Head towards the bright tunnel to end this introductionary mission of the game. 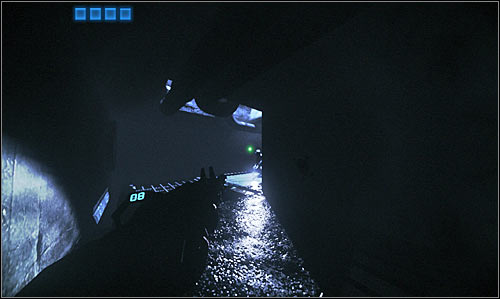