The warehouse you're about to enter is being occupied by a small group of enemies [#675]. I wouldn't recommend choosing an open confrontation, because you would have been surrounded from both sides. Instead remain near the entrance to the warehouse. Use a SCAR rifle or an assault rifle to kill them. 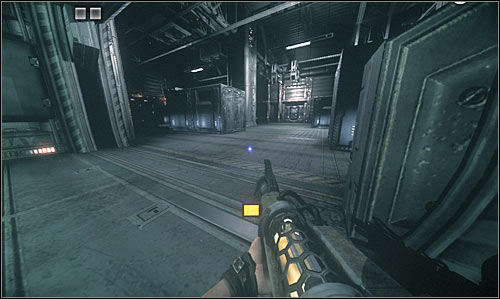 Make sure you've eliminated all hostile units before entering the warehouse for good. Look around and you'll be able to find a bounty card (Tocker Pudwill) on top of a black container [#676]. Once this item is in your possession proceed to the next area using the keycard acquired not long ago. 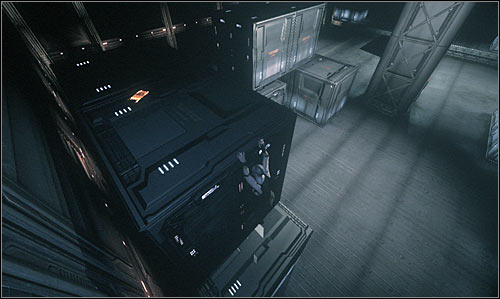 Don't forget about the possibility of using a NanoMED health station along the way. After that go to a computer terminal found on the opposite wall. Witness a short conversation here, as well as a cut-scene. Once you've opened the door DON'T attack nearby drones, because they're friendly. Go to your left and eventually you'll get to a new door [#677]. 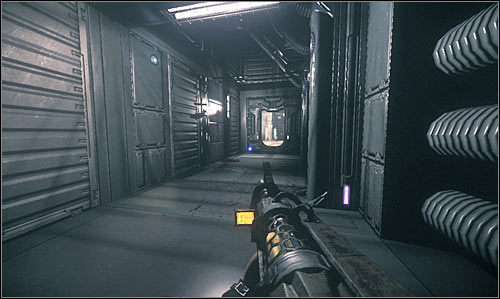 You shouldn't be too surprised to hear that there are enemy guards inside this room. At least one drone will appear in front of you and the rest will be occupying upper balconies [#678]. Make sure you've killed all enemy units before moving on to the next section. Use a keycard again to leave this warehouse. 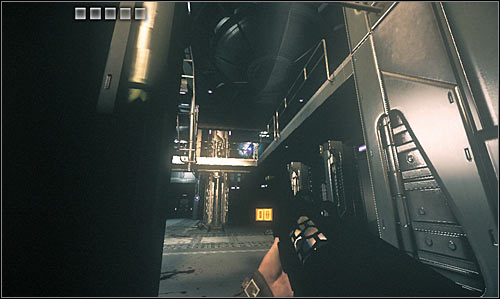 You'll soon have to use the keycard. Keep heading forward. Notice a new NanoMED health station along the way. Unlock access to a new room and make sure to go to the back. Destroy a glass wall with one of your weapons. This will allow you to collect the last bounty card (Pressy Banba) [#679]. 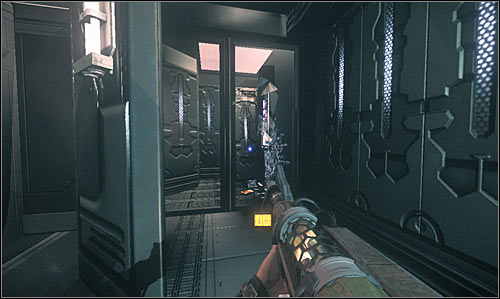 Go back to a large device which you may have noticed when you've entered this room. It operates in a similar manner to a machine which allowed you to control standard drones. Thankfully this time it'll get more interesting, because you'll be given control over an Alpha Drone! Start off by neutralizing nearby enemy units [#680]. Notice that you can use both the minigun as well as rockets. 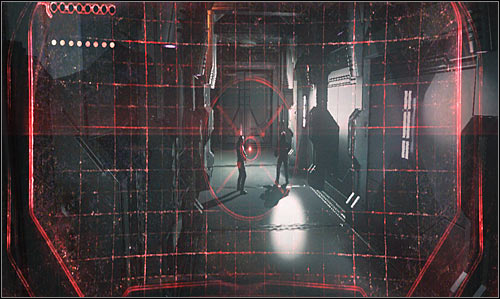 Begin exploring nearby corridors and rooms, eliminating anyone who's dumb enough to stand in your way. Once you've secured the area proceed to a room with a ventilation shaft [#681]. Approach the shaft and position the mech to the left of the tunnel (not in front of it!). Pressing the action key will allow Lynn to jump on your drone. 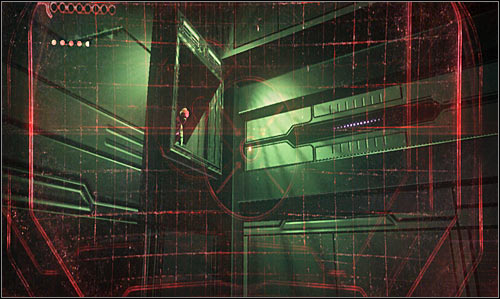 Exit the room once the girl is with you. Follow her instructions on how to get to a new shaft. As a result you'll have to turn left twice. Obviously you'll come across new enemy guards along the way. Lynn needs to be delivered to a new tunnel [#682]. Sadly this is where you'll have to say goodbye to your powerful drone. 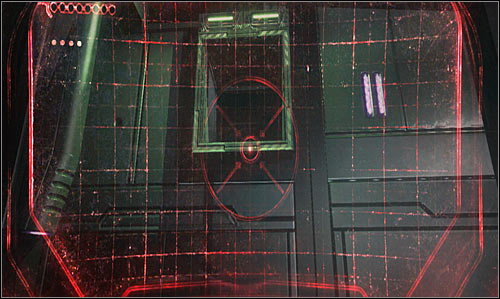 Notice that you're controlling Riddick again. Go through the left door and get ready to defeat Revas (this time for good! ;-)). Wait for this duel to commence and start RUNNING towards a locked door [#683]. Use the panel to your right to open the door, unlocking access to a large elevator shaft. 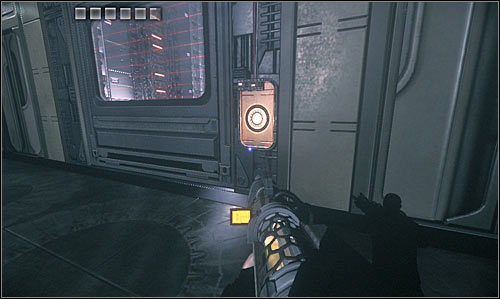 Once you've opened the door retreat towards one of nearby pillars, however notice that you won't be fully protected against Revas and her attacks [#684]. Focus on attaching a single explosive bullet to her body, but don't detonate it just yet. 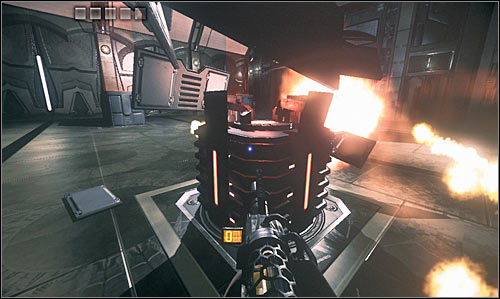 Wait for Revas to stop directly in front of the elevator shaft you've opened not long ago [#685]. Detonate the charge and start running towards her. Attach a few other bullets to her body and this time detonate them right away. Once you're close enough to Revas choose the blades from your inventory and finish her off. You have to do this before she's ready again to fight Riddick. If you've done everything according to the plan she's lose balance and fall into the shaft. Sit back and enjoy the ending. Congratulations for finishing the game! 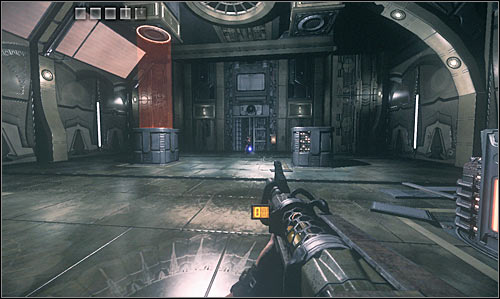