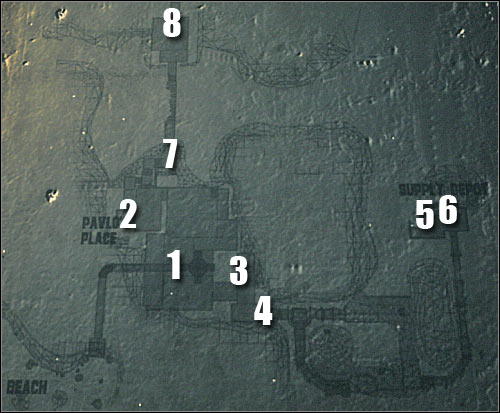 Use the sewers to get to a slightly larger area where you'll notice a body falling down from a ceiling. Use the ladder to leave the sewers. Make a few steps forward and WAIT for the guards to begin patrolling the area. Two of them will turn around and the third guard will go to your right. Approach the remaining guard carefully [#576] and snap his neck. 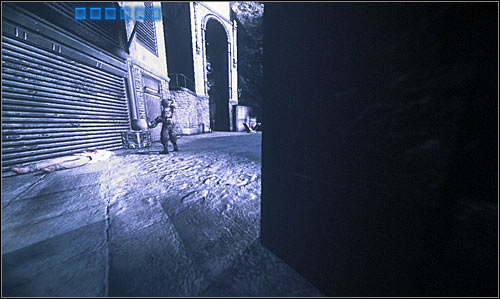 Once you've defeated the first opponent grab his body and retreat towards the ladder. Fire a few shots and wait for three other guards to arrive [#577]. If you can't see them, you'll probably have to eliminate them on your own. It all depends on how fast you were with getting of the first guard. 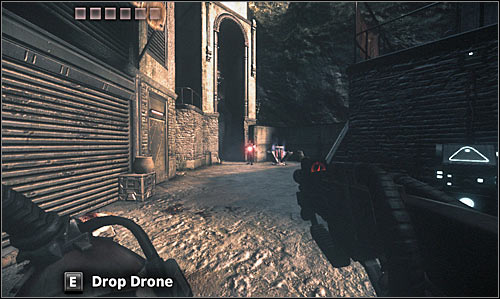 You may leave the shadows, because there aren't any other hostile units in the vicinity. Turn right, use the stairs and locate a cartridge. Once you have it in your possession head down and proceed to a passageway located to your right [#578]. That's where two of the guards showed up. 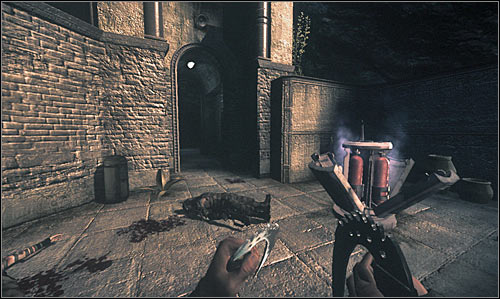 Keep heading forward and remain on the main path in order to avoid getting lost. You should be able to reach an area with two guards [#579]. Use the fact that one of them is trying to get inside an apartment. Surprise his colleague from the back, take his weapon and use it to kill the second guard. 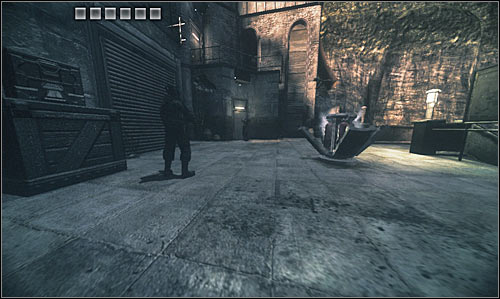 Once you've won approach the door where the guard was trying to get in. The game should automatically trigger a conversation with an old man named Pavlo. Choose the first option from the list [#580] and Pavlo will ask Riddick to retrieve his gas mask. He'll also give you a key to the main gate, as well as inform you about the existence of a SCAR rifle. 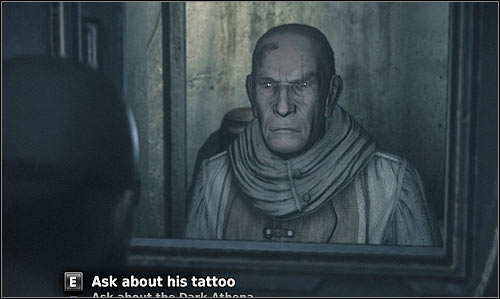 Go back to the area where you've left the sewers using the exact same passageways as before. Watch out, because a new guard may show up [#581]. I would recommend hiding in the shadows and performing a surprise attack. You can also try landing on him from the area where you found the cartridge. There's a second guard nearby. Kill him as well. 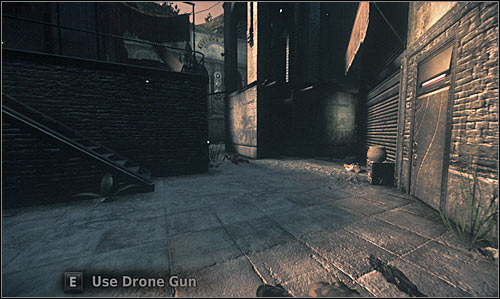 Once you've reached a larger area go to your left in order to inspect a small alleyway. A new bounty card (Miss Kissy) can be found to your left [#582]. Take it and proceed to a large gate. Use the key received from Pavlo to open the gate. 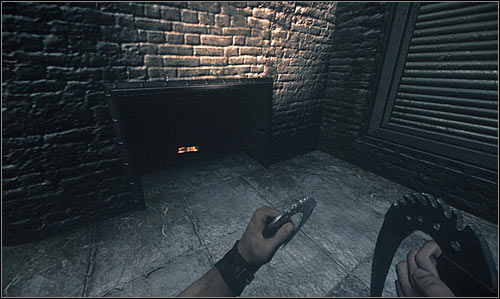