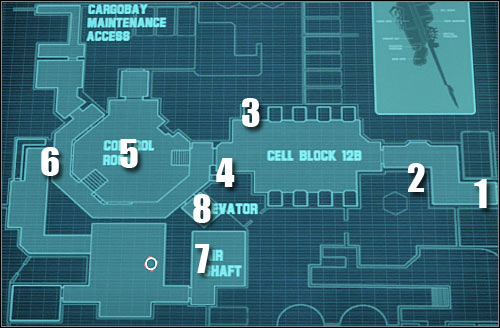 This level will also begin on board of a small mech. Watch out, because you're going to be attacked by a hostile mech near the start. It shouldn't be too difficult to win, especially if you fire all remaining rockets. You don't have to worry about running out of rockets, because there's a mech repair station nearby [#544]. Repair the mech and continue to the next section. 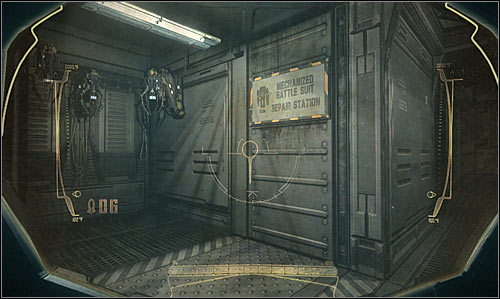 Once the cut-scene had ended you'll have to defeat two enemy mechs. The easiest way to do that is to hide to the right of the gate [#545], so you'll be an object of attacks made by a single machine. Once the first mech has been destroyed focus on attacking the second target. You shouldn't lose more than half of your energy points. Enter the cell block and exit the mech. 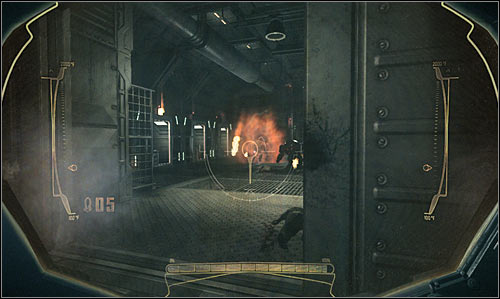 Start off by turning right and heading towards the first cell from the left [#546]. Once you're inside examine your surroundings carefully in order to find a letter from Miles. Exit this cell and proceed towards an entrance to a ventilation shaft. This will trigger a very interesting cut-scene (starring Lynn and Silverman). 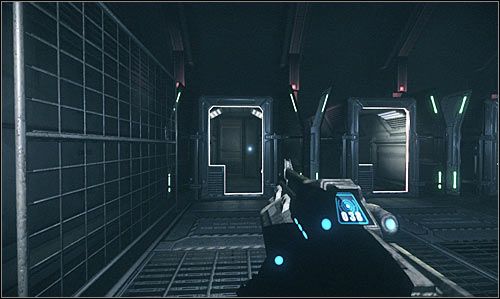 Wait for this new cut-scene to end. Follow Jaylor instructions and hide your current weapon. Stand in the middle of the control room and wait for Jaylor to come out of hiding [#547]. Quickly choose a shotgun or a tranquilizer gun from your inventory. Kill him without giving him a chance of a fair fight. 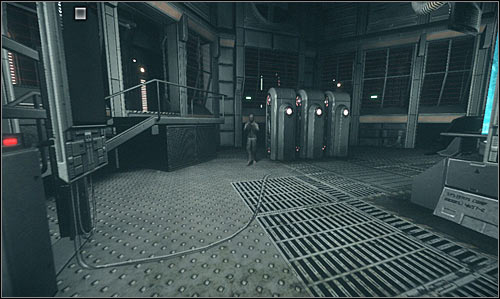 You'll now have to return to the communications center. It's where you've acquired a Data Pad some time ago. This means you going through a door located in the darker section of the corridor [#548]. Be careful, because you'll encounter a new enemy unit along the way (in the exact same room where you've defeated two guards before). 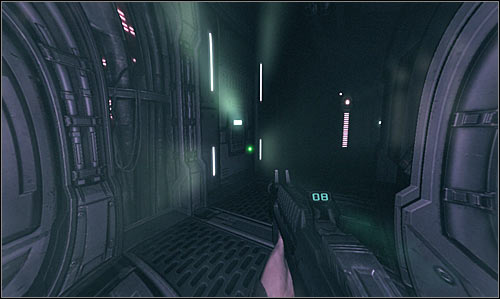 Head inside the comm station once you've dealt with the opponent and use a control panel on the left wall [#549] TWICE. Using the panel for the first time will result in Riddick talking to Dacher. When you use it for the second time you will be allowed to send a message from Miles (one of the sidequests).

Return to the main control room where you've defeated Jaylor. You shouldn't have any problems finding your way on the ship. Locate an entrance to a small elevator [#550] and use it to travel to a different location. 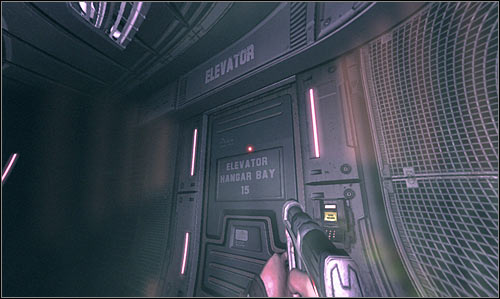