This is going to be a rather short level that will take place entirely in space. Wait for your mech to get close to a new gate and proceed to your left. You'll soon have to defeat an enemy mech [#540]. Don't lose too many energy units here and try not to use all rockets, because you might need them later on. 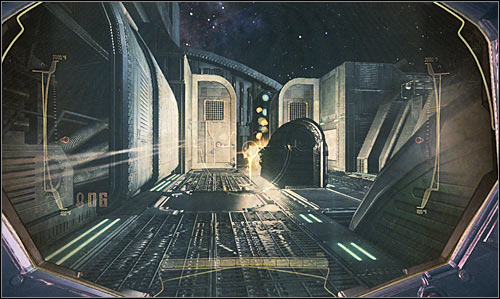 Continue moving forward and turn left when you have the chance. I would recommend that you spend some time destroying smaller robots [#541]. They won't attack you right away, but they would probably become hostile later on. There's a mech repair station nearby, however I wouldn't recommend using it right now unless it's absolutely necessary. 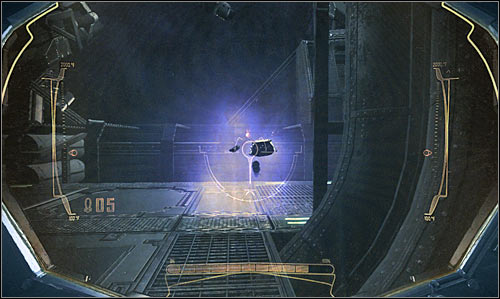 Proceed towards a smaller passageway and notice a second mech standing on top of a large gate [#542]. Start firing at your opponent from here and make sure to avoid rockets heading your way, because each hit will take somewhere around 1/3 of your energy points. 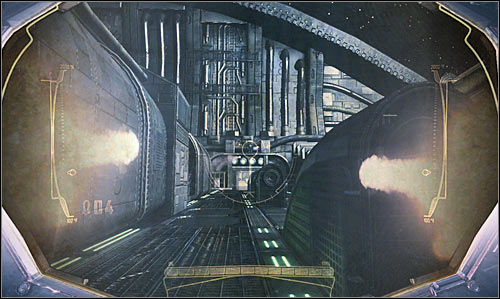 Head forward once you've defeated your opponent, but get ready to destroy two other mechs very soon. I would recommend that you focus on one mech and keep firing at it until it's destroyed. Only then attack the second mech. Don't forget that you can retreat to the repair station at any time. Once it's safe proceed to a large gate [#543]. 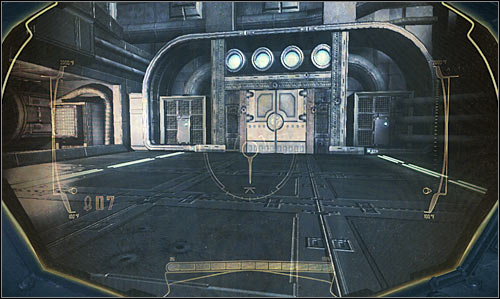