The area where you start this level is being patrolled by three guards. I would strongly recommend using a tranquilizer gun to get rid of them [#522], however you won't be allowed to turn on Eyeshine. The main reason is that they'll be using flashlights. Still - if you're lucky and careful enough you won't lose any health units here. 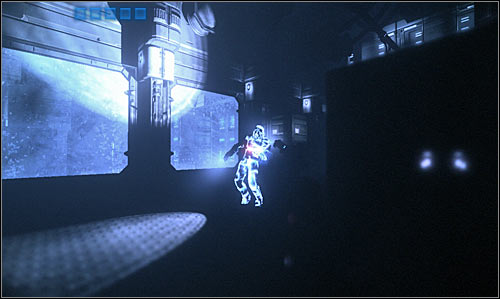 Use one of your guns to destroy a glass wall. Get to the other side and use some of the nearby crates to get to an upper level. Destroy all nearby lamps and then approach a new window. Notice enemy guards on the other side of the glass wall. Attack them with your assault rifle [#523] and if you were lucky only one of the guards will survive your initial attack. Hunt him down quickly before he has a chance to fight back. 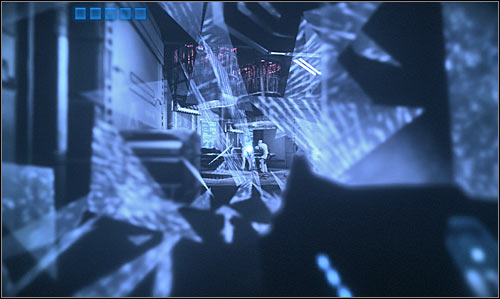 Once it's safe enter the new area and go to a large table. You'll find Miles here. During the conversation you'll find out that he's being turned into a drone. Miles will ask you to deliver a message to his family. Agree to his wish [#524]. You can now end his suffering by killing him or you can leave him lying on the table. Go to a new window and destroy it to get to a new section. 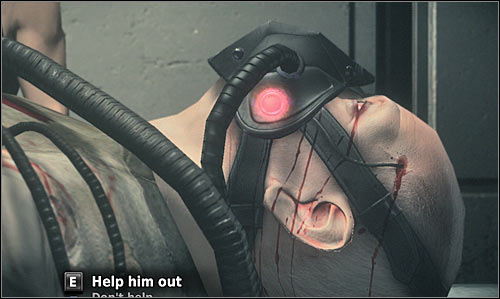 It's extremely important to look around. There's a bounty card (Babcok Walters) to your left and you'll also come across a NanoMED health station. Once you're done exploring proceed to a small hatch [#525] located in the corner. Get inside and head on to the opposite end of the tunnel. Move the grating and enjoy a new cut-scene which is going to be a taste of things to come. :-) 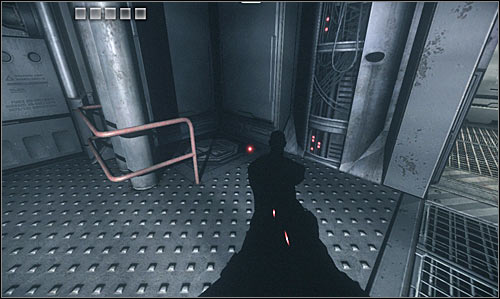 Start off by using a tranquilizer gun to disable some of the nearest sources of light. Sadly it'll result in enemy units being alarmed by your presence, so you won't be safe even while standing in the dark. Take cover behind the left crate and try to eliminate at least a few of them from here. Use an assault rifle during these fights. Especially watch out for enemies taking cover behind nearby pillars [#526]. 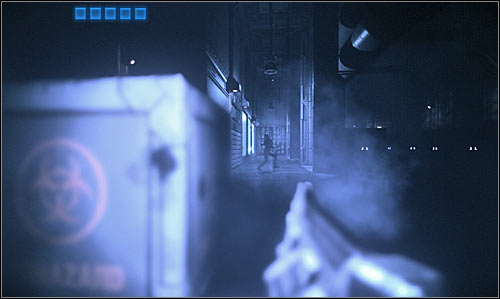 Once you've dealt with the first group slowly move forward and inspect the area to your left. More enemy units are standing behind a glass wall [#527]. Attack them as soon as possible, preferably before they open fire on Riddick. Get ready for the last group to arrive from your left. Don't forget to retreat to the tunnel if you feel overwhelmed by enemy forces. Keep fighting until you're the only guy standing. 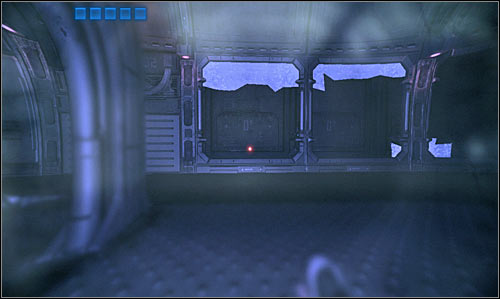 Make sure that you've killed the last group which arrived using a nearby door. If it's safe take your time to explore your surroundings. Proceed to the other end of the warehouse and you'll find a bounty card ("Big Daddy") behind small crates [#528]. 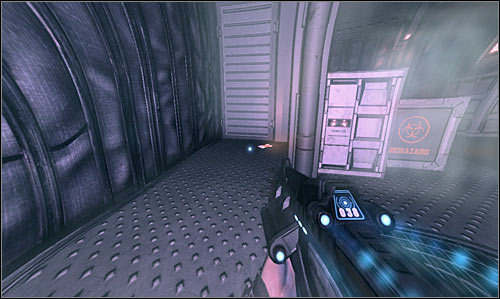 You should also consider going back to the health station if Riddick has suffered some injuries. Get closer to a destroyed glass wall and find a narrow passageway here. Head forward [#529]. Drop down to a new room and watch a cut-scene. As you've probably noticed by now, you'll have to defeat lots of new drones! 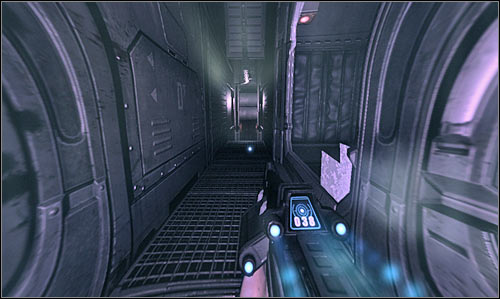 It's very important that you choose a SHOTGUN from your arsenal. Position Riddick in a dark corner, next to a group of crates. You shouldn't have any major problems eliminating drones from here [#530]. Thankfully you won't be dealing with more than two drones at a time and you'll have plenty of time to act before they open fire. There's a total of about six drones for you to kill. Assuming you're good with weapons you shouldn't lose a single health unit here. 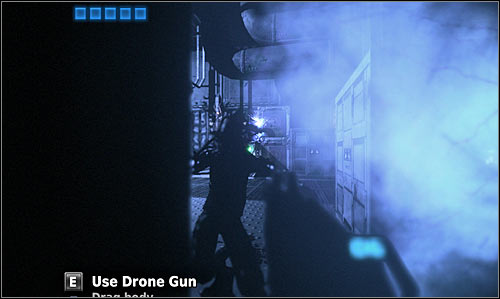