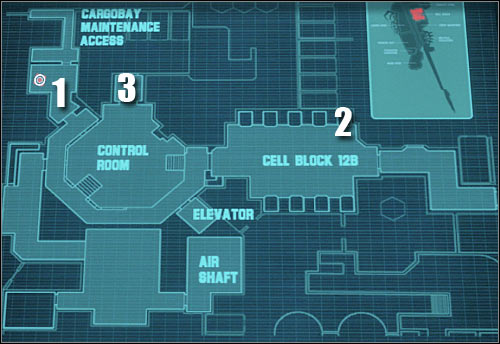 Exit the tunnel and make sure to destroy all nearby sources of light. Afterwards head on to the control room and destroy other lamps along the way. Be careful, because two new drones have arrived in the area [#478]. I would recommend leaving cover for a short period of time so the drones will arrive in the dark corridor. Prevent Riddick from taking part in direct combat, because both drones are very skilled at winning melee fights. 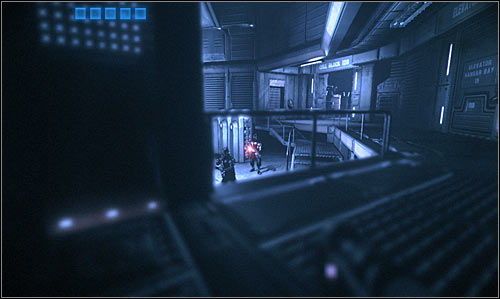 Once you took care of the drones return to the cell block. Obviously you must talk to Silverman, handing over all the parts she needed [#479]. It won't take too long before you'll receive a Vent Tool from her. You can talk to Senate if you want to before leaving this area. You'll find out that he was a captain of this ship before Revas took over. 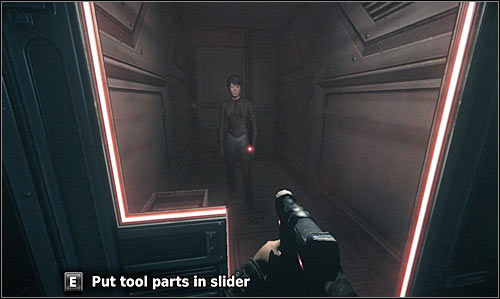 Since you have the Vent Tool in your possession you can now talk to Dacher. You'll find out that he needs you to get a Data Pad for him. As a result leave the cell block and use the passageway leading to Berthing [#480]. 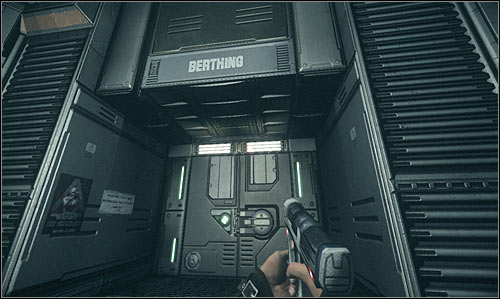