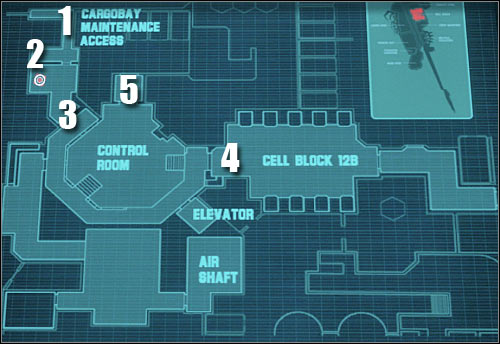 You start this level inside a ventilation shaft, however you'll be allowed to stand up after a few seconds. Keep moving forward until you get to a grating. Obviously you must kick it out before moving on. There's a NanoMED health unit to your right if you need one, but you'll probably want to return here later on. Notice a single guard below your current position [#433]. Try landing on him. If you fail you'll have to defeat him in a direct melee combat which shouldn't be a big problem. 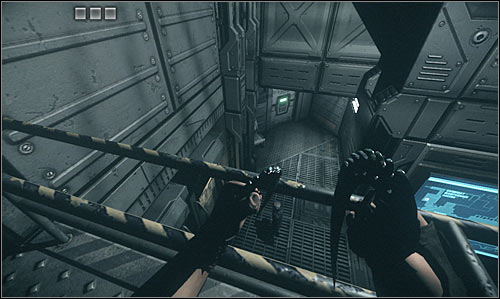 Proceed towards the nearest passageway. When you get to a larger room press the crouch key and drop down through the left hole [#434]. Explore the area around you to find a cartridge. This is a precious find, because the health station you've found not along ago wasn't charged. Go back up using the same hole, because you won't be able to attack enemy units from here. 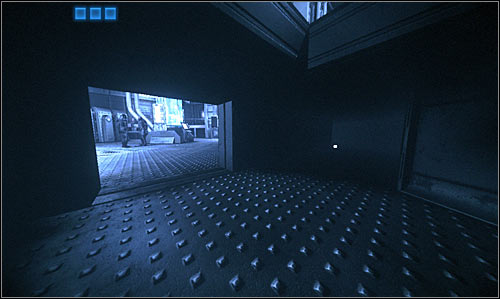 Sadly it's a bright room, so you won't have a lot of chances to stay in the shadows. Besides you don't have a tranquilizer gun, nor any real weapons for that matter. I would recommend that you expose yourself for a second or two. Allow one of thugs to notice Riddick and go back to the darker corridor [#435]. Try fighting only one opponent at a time if possible. Be careful, because one of the crew members will be carrying a club, so it won't be easy to perform countermoves while trying to defeat him. Thankfully he's the only one with that problem. Use counterattacks to defeat other bandits. Remember that you can know easily when to strike when your blades will flash for a fraction of a second. 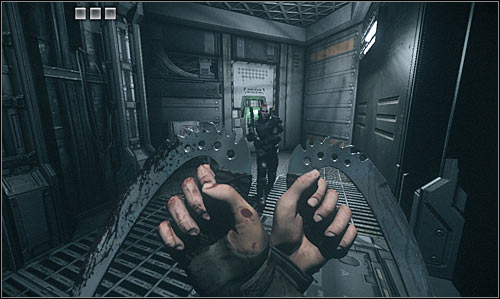 Once you've defeated all enemies MAKE SURE to examine their bodies, because one of the thugs will leave a keycard behind [#436]. You can also collect a club if you want to, however in my opinion blades are a better weapon when it comes to direct combat. Return to the large control room where you saw all three guards for the first time. 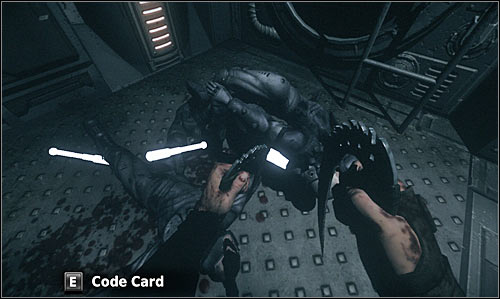 Before you focus on completing your current objective make sure to examine a small dark area located under one of the balconies [#437]. It shouldn't take you too long to find a bounty card (George Homely). Return to a large room and use your newly acquired keycard on a central computer. This will allow Riddick to unlock access to a cell block. 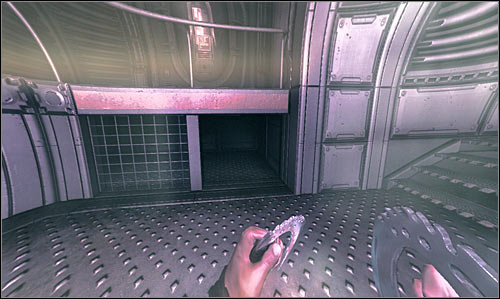 Head on to the next room which is located behind the console you've just used. Once inside use a new control panel in order to uncover all the cells. You now talk to some of the nearby inmates. Start off by talking to Bonner [#438]. You won't receive any useful intel from him, however you will listen to a few funny dialogues. You can ask him about the captain and about Dark Athena. 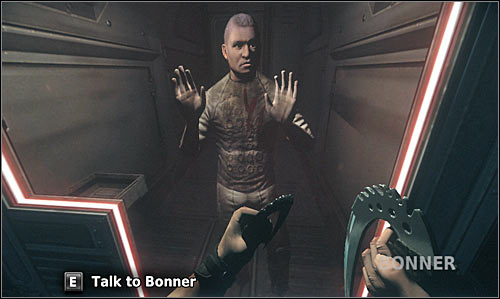 Go to the other side of the room. The only person from this group of cells you can talk to at the moment is Dacher. I would recommend choosing the first option from the dialogue list [#439], so it won't take too long before he gets down to business. Notice that a new main quest has been added to your list of goals - you must obtain a Vent Tool. 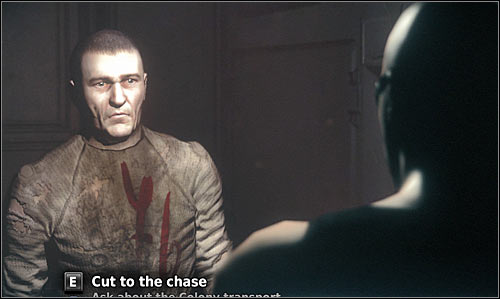 Go back to the other side of the room and go to the first cell from the right. Talk to a woman called Silverman [#440]. Ignore her weird responses at the beginning of the conversation, because everything will return to normal soon enough. You'll find out that Silverman needs a screwdriver and some parts in order to construct a Vent Tool. 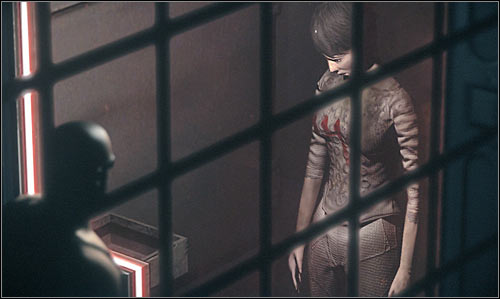 The last prisoner you have to talk to is Jaylor [#441]. In this case it would be a good idea to exploit all topic conversations, because he has some interesting information. Finish the conversation by choosing the first response from the list. It turns out that Jaylor can help you, but first you must kill Margo for him. 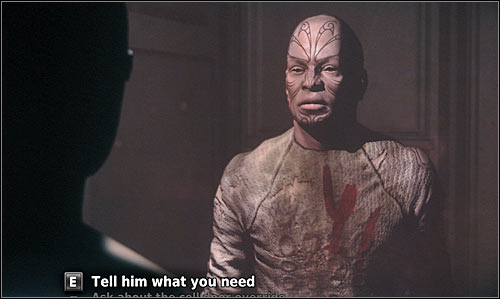 Return to the main room and use the central computer again. Notice that this time Riddick has unlocked a passageway leading to Berthing. The exit is located to your left [#442]. Step through a large gate and wait for the game to begin loading a new map. 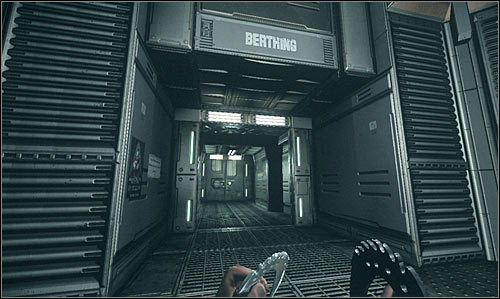