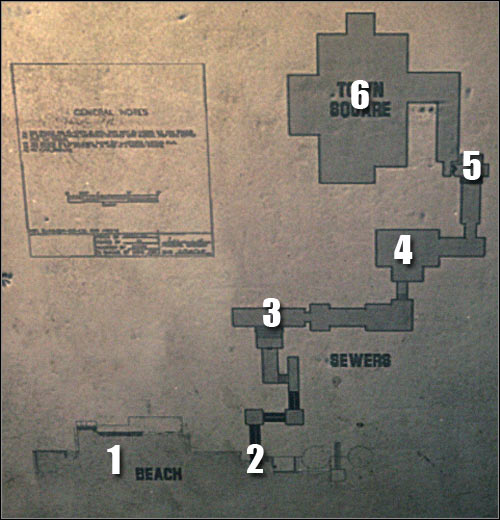 Turn around and start moving forward. Ignore a door along the way, because you wouldn't be able to use it to get inside the building. Instead find a small entrance leading to the sewers [#399]. Turn on Eyeshine by pressing the Q key and proceed inside. Once you've reached the exit ignore Jemas, because you don't have to kill him and you won't gain anything from killing him. 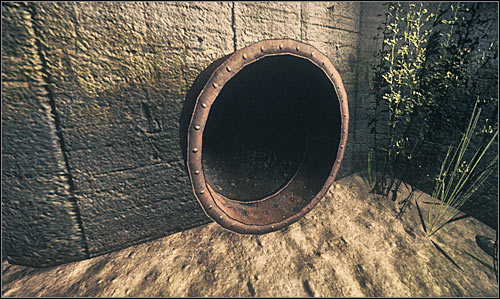 Go to your right and use a ladder to get to an upper level. Make a few steps forward and look around to find the first bounty card (Manje Curr) [#400]. This is a collectible, similar to cigarette packs from the first campaign. Proceed to your right. 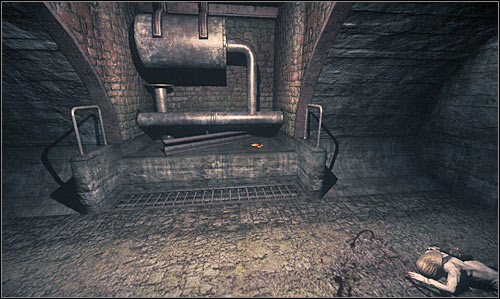 Watch out, because you're going to be attacked by a thug once you go through a door. It shouldn't be too hard to win here. Perform standard attacks [#441] or experiment with more powerful moves by using movement keys. You won't have to block any attacks, however it would be wise to prevent Riddick from losing health. 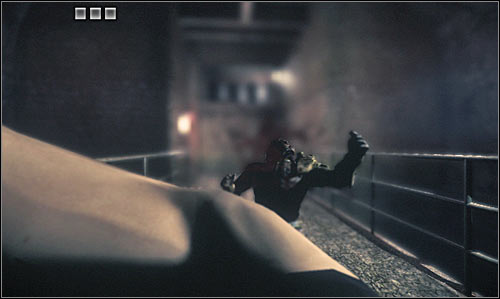 Once you've won head forward until you get to a wall. Climb on top of a small crate. Press the action key to grab the ledge and move to your left to find an opening [#402]. Pressing the upper movement key will allow you to get to the next area. Keep heading straight until you reach a larger room. Notice a new enemy unit below your current position. 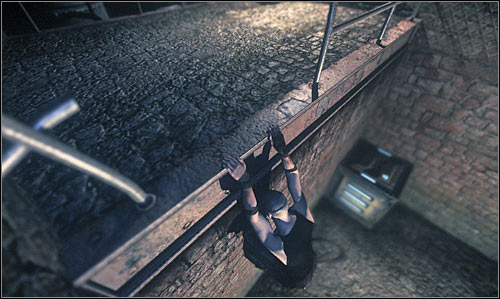 The easiest way to eliminate this opponent will be to land on his head [#403]. It shouldn't be too hard to perform this action. All you have to do is to start running and Riddick will do the rest. Press the crouch key and grab his body. You'll want to hide it in the shadows, however you can ignore doing this if you're in a lot of hurry. 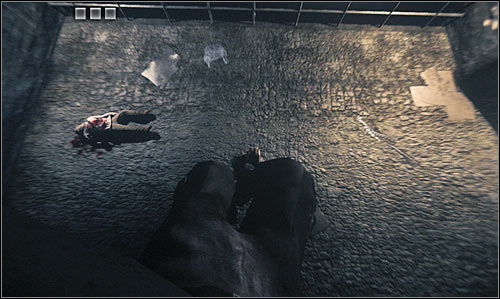 Remain here for a few more seconds and you'll notice that a drone has arrived in the area. A drone is a combination between a human and a machine. Basically drones are going to be slower and dumber than normal guards, however they will become more violent when they notice you. Wait for the drone to turn its back on you and approach it quickly to perform a stealth kill [#404]. You can also try scoring a few direct melee hits, however it would be a more dangerous approach. 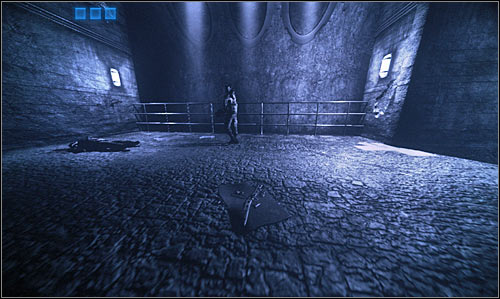 Notice that defeating the drone has allowed you to grab his weapon. Fire a few shots and a second drone should arrive from the exact same location [#405]. Kill it as soon as possible. Sadly you won't be allowed to take the weapon with you. All you can do is to move around slowly while retreating. 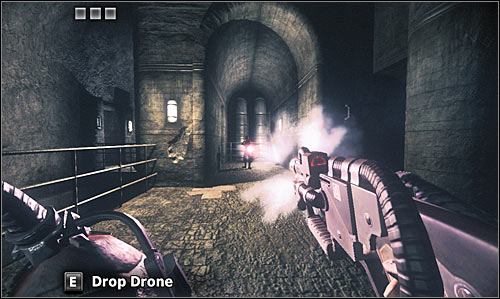 Proceed towards the corridor where both drones showed up in the first place. You will soon get to an area with a NanoMED health unit. There's also a cartridge on the ground. Heal only if you have to and once you're done use the ladder. Approach a new opponent and perform a countermove on him [#406]. Notice that a standard execution won't be possible here. 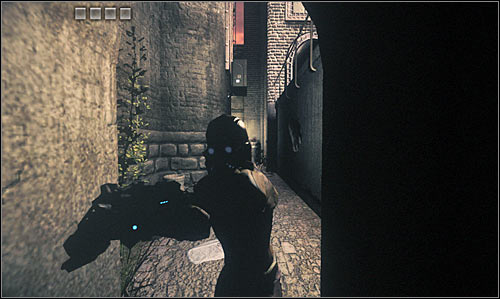 Make sure to pick up the assault rifle from the dead guard. Start moving forward and find some ammunition by the left wall. Lean out carefully. Aim for the head of the first soldier [#407]. Once he's gone remain here and keep firing at other guards. They will be appearing directly in front of you. 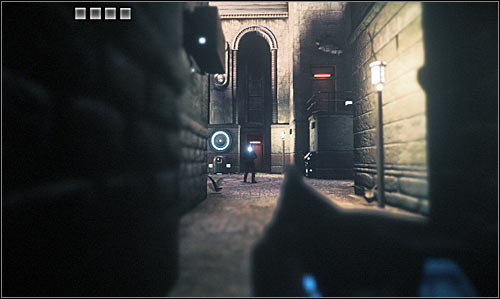 Remember to fire only with short bursts, because you'll want to eliminate enemy guards with precise shots. Prevent them from moving too close. Once they're gone move to the new area SLOWLY and make sure that it's safe. Proceed to the only available door [#408] and eventually you'll get to a long tunnel. This is where the first level of the new campaign will end. 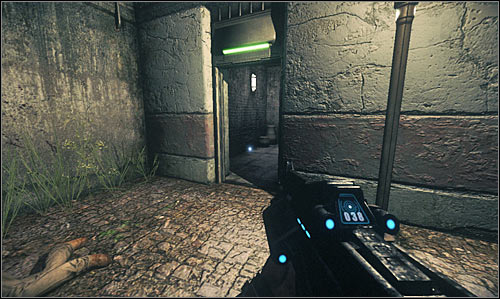